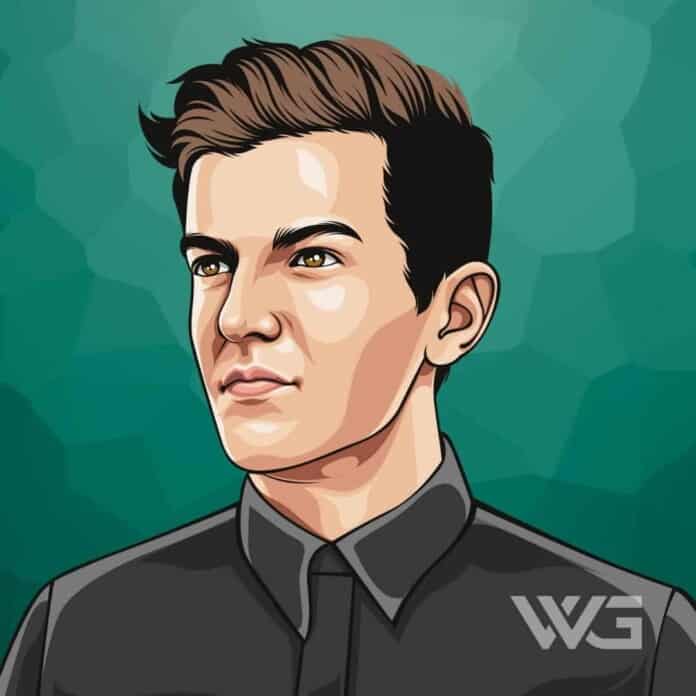 What is Dillon Francis’ net worth?

As of February 2023, Dillon Francis’ net worth is approximately $9 Million.

Dillon Francis is an American electronic musician, record producer, and DJ. A native of Los Angeles, he is best known for popularizing the moombahton genre.

Dillon Hart Francis was born on the 5th of October, 1987, in Los Angeles, California. Francis is the son to an American father and a Serbian-Croatian mother Francis has stated that his father, Robert Drew Francis, is an “alternative medicines doctor.”

He has made a recurring Internet joke about being unable to find his father. Francis has stated that he was very sheltered growing up, claiming that he did not know any swear words until he was 15.

Francis first rose to fame after gaining the attention of American producer Diplo and eventually collaborating on the song “Que Que”, with featured Latin-pop artist Maluca.

Dillon Francis recently released a 7 episode comedy series ‘Like and Subscribe’ available exclusively on Funny or Die and Amazon Video.

In 2019 he released the single ‘Lost My Mind’ in collaboration with Alison Wonderland, which is sharing the name with their Lost My Mind Tour at the beginning of the year throughout the United States.

Here are some of the best highlights of Dillon Francis’ career:

“Yes, but there’s a reasoning behind it. Whenever I would get in the studio with anyone that spoke English, anytime they would ask me for any advice, I would give them the most horrible advice on what to sing.” – Dillon Francis

“What were some of your earliest memories with Latin music, especially for someone like you who grew up in Los Angeles?
I definitely remember the Cadillacs from Training Day just blasting reggaeton. I feel like that was like the most cliché thing to happen in Los Angeles, just an amazing lowrider playing a Daddy Yankee song or something.” – Dillon Francis

“He got a bunch of one-shots, but he also got a bunch of verses from people. From that, it kind of just started turning into something else. There [were] no expectations. The whole record was just to go have fun again and have a great time making music.” – Dillon Francis

“Even before that, Wut Wut traces back to your 2011 Westside! EP, which features “Que Que,” one of your biggest moombahton hits and one of your earliest Spanish-language tracks. What’s the connection between Westside! and Wut Wut?” – Dillon Francis

“It was taking that and trying to put it into a project that actually is cohesive. If you listen to my last album, that is the most non-cohesive project ever. That’s where I was like, “I need to focus and make everything sound like they actually exist in one project.” That’s what I felt like I did with Wut Wut, where it was like honing in on everything that I’ve learned in the past 10 years of touring and making music and trying to make a cohesive album that has a great concept.” – Dillon Francis

Now that you know all about Dillon Francis’ net worth, and how he achieved success; let’s take a look at some of the lessons we can learn from him:

But this is it. Your life is right now. Life continues to be a series of right now. So learn to love your life right now, and you’ll have an amazing life.

Most of the things we fear never happen. Or if they do happen, they are rarely as bad as we fear they will be. For most of us, fear is the worst thing that will happen to us. Reality isn’t as painful.

Put them first every single day. Before work. Treat them like they are your everything. Because they are.

How much is Dillon Francis worth?

Dillon Francis’ net worth is estimated to be $9 Million.

How old is Dillon Francis?

How tall is Dillon Francis?

Dillon Francis is an amazing musician and he has collaborated with several other artists including Major Lazer, Martin Garrix, Skrillex, and Calvin Harris.

As of February 2023, Dillon Francis’ net worth is roughly $9 Million.

What do you think about Dillon Francis’ net worth? Leave a comment below.