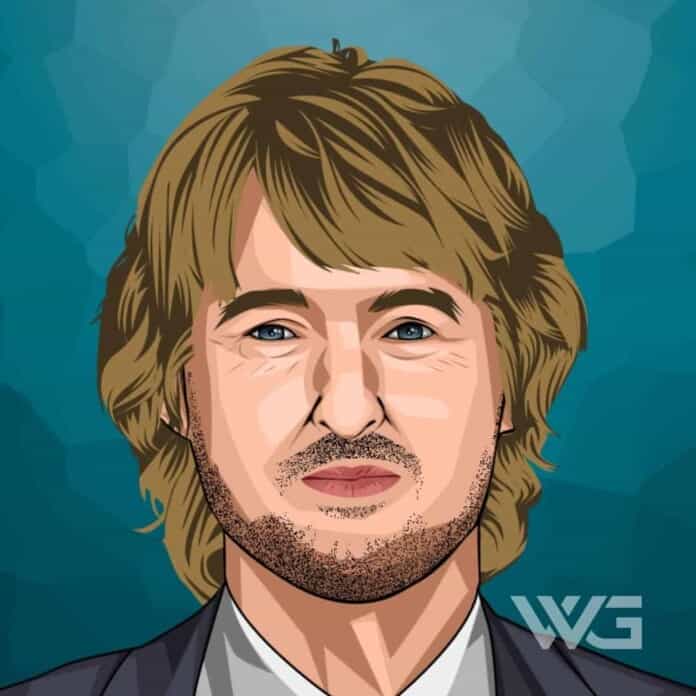 What is Owen Wilson’s net worth?

As of February 2023, Owen Wilson’s net worth is approximately $70 Million.

Owen Wilson is an American actor and screenwriter from Texas.

He has had a long association with filmmaker Wes Anderson, with whom he shared writing and acting credits for ‘Bottle Rocket’ and ‘The Royal Tenenbaums’, the latter of which earned him a nomination for the Academy Award for Best Original Screenplay.

Owen Cunningham Wilson was born on the 18th of November, 1969, in Texas. He has two brothers, Andrew, and Luke who are also involved in film making. He is of Irish descent.

Wilson went to St. Mark’s School of Texas from where he was expelled for misbehavior. He then graduated from Thomas Jefferson School before going to the military academy in New Mexico.

Along with Anderson, he co-wrote the script for the film ‘Bottle Rocket’. It was based on a short film directed by Anderson a couple of years ago. The full-length film was released in 1996.

He found his big break in 2000 when he was cast as Roy O’Bannon in the martial arts comedy ‘Shanghai Noon’. The film was a huge commercial success. He reprised this role in ‘Shanghai Knights’ in 2003.

He appeared as John Beckwith, a bachelor attorney in the 2005 movie ‘Wedding Crashers’, alongside Vince Vaughn.

The romantic comedy was an immediate hit and was also reviewed positively by the critics. He co-produced and starred in the comedy film ‘You, Me, and Dupree’ in 2006 and appeared as John Grogan in ‘Marley & Me’ in 2008.

In 2017, Wilson became the face of a new £20 million advertising campaign for UK sofa retailer, Sofology.

Here are some of the best highlights of Owen Wilson’s career:

“You know, I sometimes think, how is anyone ever gonna come up with a book, or a painting, or a symphony, or a sculpture that can compete with a great city. You can’t. Because you look around and every street, every boulevard, is its own special art form and when you think that in the cold, violent, meaningless universe that Paris exists, these lights.” – Owen Wilson

“You can think of Hollywood as high school. TV actors are freshmen, comedy actors are maybe juniors, and dramatic actors – they’re the cool seniors.” – Owen Wilson

“It’s funny how it usually works out that I end up dying. It sort of works out, because by the time I die, I’m usually tired of working on that particular movie, so I look forward to it.” – Owen Wilson

“Men love to trust God (as they profess) for what they have in their hands, in possession, or what lies in an easy view; place their desires afar off, carry their accomplishment behind the clouds out of their sight, interpose difficulties and perplexities — their hearts are instantly sick.” – Owen Wilson

Now that you know all about Owen Wilson’s net worth, and how he achieved success; let’s take a look at some of the strongest lessons we can learn from him:

Why would you waste your time being somebody else when you’re already Owen Wilson (who is absolutely awesome)? The same applies to you. You might not always think it, but you’re pretty good you, so don’t bother pretending to be something you’re not. You don’t need too.

2. Stick To What You Know

The next point most Owen Wilson detractors like to make is that he only makes comedy films.

But that’s what Owen Wilson’s good at. And while he sometimes dips his toe in the water and tries new things (he’s also been in action, horror, blockbuster, and animated children’s films), he knows that if you’re good at something you should stick to it, because the move you do it, the better you’ll get.

There are things that you’re better at than anyone else. Imagine how much extra value your business would get if you were even better at them.

Networking is key to any business, we’re told that all the time. But it’s not all about meeting as many people as possible, it’s equally as important to foster you’re existing relationships to ensure that they are the kind that will last the course of time.

Owen Wilson knows this better than most and he’s worked with the same people on multiple projects as a result.

How much is Owen Wilson worth?

Owen Wilson’s net worth is estimated to be $70 Million.

How old is Owen Wilson?

How tall is Owen Wilson?

Along with his successful career, the actor is also famous for his link-ups with several beautiful women.

As of February 2023, Owen Wilson’s net worth is estimated to be roughly $70 Million.

What do you think about Owen Wilson’s net worth? Leave a comment below.