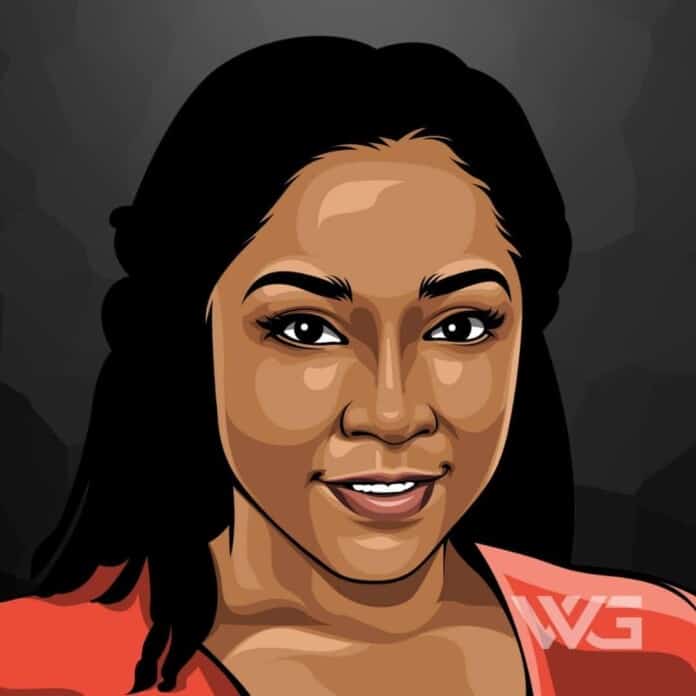 What is Toya Wright’s net worth?

As of February 2023, Toya Wright’s net worth is roughly $4 Million.

Toya Wright is an American reality television personality and businesswoman.

She is also recognized as the ex-wife of popular rapper Lil Wayne. She starred in her own show called ‘Toya: A Family Affair’ in addition to appearing in other reality TV programs.

Antonia “Toya” Wright was born on the 26th of October, 1983, in New Orleans. At the age of 12, she met rapper Lil Wayne and soon started dating him. At the age of 15, she gave birth to his daughter, Reginae “Nae” Carter.

The reason for their divorce was stated to be Toya’s inability to cope with Wayne’s lifestyle as his career kept him away from his family for long periods of time.

Wright first appeared on television in 2009 when she got featured in the reality show ‘Tiny and Toya’. After this, she starred in her own show called ‘Toya: A Family Affair’.

In 2014, she appeared in the reality TV program ‘My Super Sweet 16’. Two years later, she became a part of an American reality television series called ‘Marriage Boot Camp: Reality Stars’.

Wright also enjoys a successful career as a businesswoman. She owns a boutique named G.A.R.B. that is located in New Orleans, Los Angeles as well as a shoe store called GARB Shoetique in Smyrna, Georgia. She has authored a few books and memoirs as well.

On June 18, 2011, Toya got married to Mickey “Memphitz” Wright. Unfortunately, the couple divorced four years later. On July 31, 2016, Toya’s brothers Rudy and Josh were shot to death inside their car in New Orleans.

Here are some of the best highlights of Toya Wright’s career:

“It was the worst news ever. Murders happen every day and this is another dark night in New Orleans. You hear about stories like this all the time, but it doesn’t really hit you until you get that call. It hits so close to home.” – Toya Wright

“Happy birthday to my future husband. On this special day of yours, I pray to God to bless you with a lifetime of happiness and peace. You deserve it because you’re such a wonderful person. I love you.” – Toya Wright

“Yes! Yes! And Yes! For humbling my spirit, for restoring my faith in love, for raising the bar, for being all of what a man should be. For each of these and more, I SAY YES! looking forward to forever with you.…” – Toya Wright

“Yesterday my boo the realnoigjeremy hosted the fashion insider panel Act 2 and it was super dope! I had such a great time hosting his event and learning from the amazing panelists about the fashion industry.” – Toya Wright

Now that you know all about Toya Wright’s net worth, and how she achieved success; let’s take a look at some of the lessons we can learn from her:

When our imperfect judgments are aggregated in the right way, our collective intelligence is often excellent.

The goal of human nature, of any nature, is blessedness. If we do not reach this goal, it is a sign that we are headed in the wrong direction.

How much is Toya Wright worth?

Toya Wright’s net worth is estimated to be $4 Million.

How old is Toya Wright?

How tall is Toya Wright?

Toya Wright is an American reality television personality and businesswoman. She has also authored the book ‘Priceless Inspiration’ as well as a few memoirs including ‘How to Lose a Husband’ and ‘My Own Words…My Real Reality’.

As of February 2023, Toya Wright’s net worth is estimated to be roughly $4 Million.

What do you think about Toya Wright’s net worth? Leave a comment below.