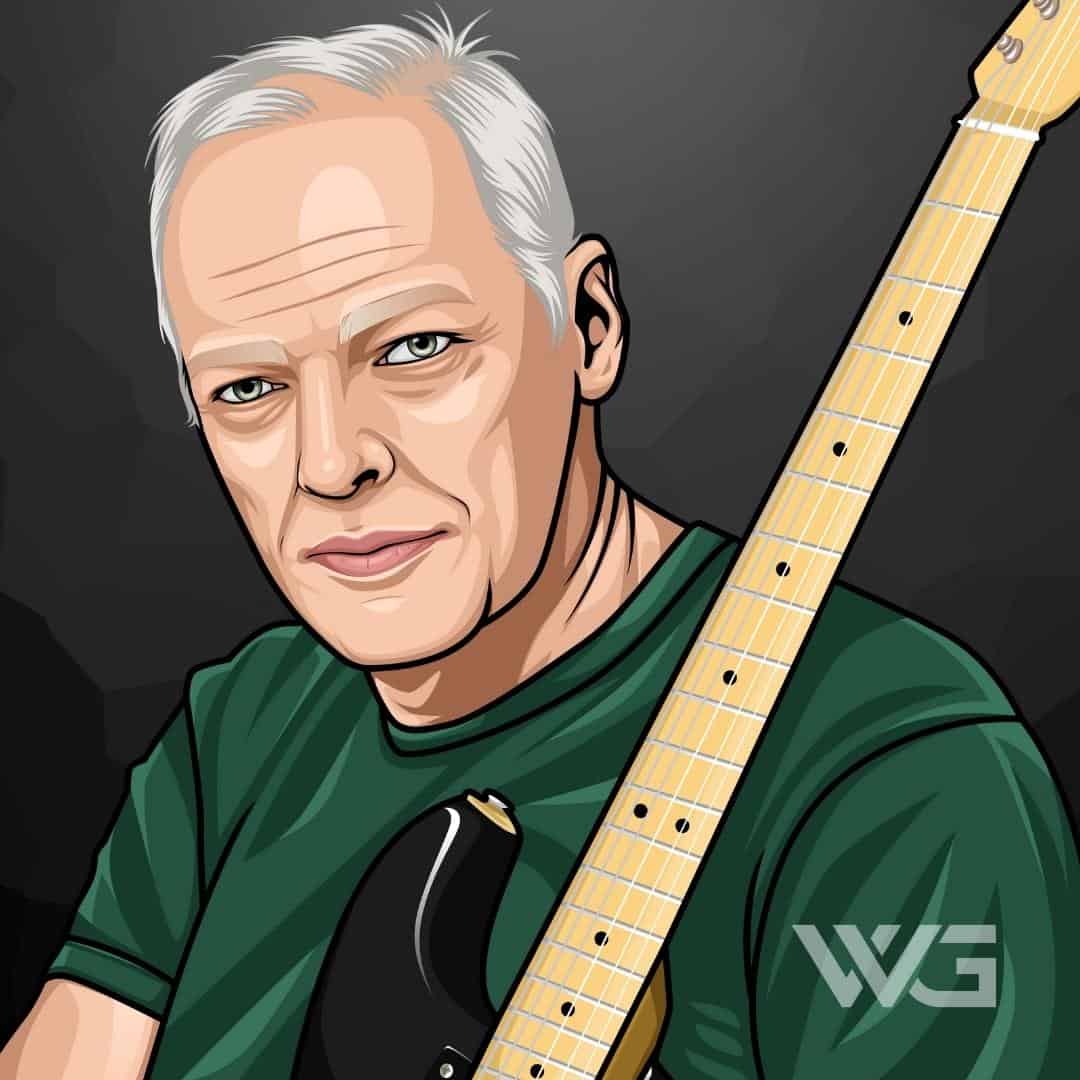 What is David Gilmour’s net worth?

Pink Floyd is a band that changed the music industry, and it wouldn’t have been the same without their talented guitarist, David Gilmour.

David is a singer, songwriter, and multi-instrumentalist. In 1985, he became the lead singer for Pink Floyd after Rogers Waters announced his departure from the band.

David Gilmour is such a well-known guitarist in the music industry that Rolling Stone considers him one of the top 15 guitarists of all time. David has helped to make Pink Floyd one of the most successful bands in history, with an estimated 250 million records sold worldwide.

As of October2022, David Gilmour’s net worth is estimated to be $180 Million.

His father, Donald Gilmour, worked in zoology and his mother, Sylvia, was training to become a teacher. But was later to become a film editor for the BBC.

During David’s baby years, the family lived in Trumpington, Cambridgeshire until 1956, when they decided to relocate several times before moving to nearby Granchester Meadows.

Gilmour’s parents were big supporters of his passion for music. In 1954, he bought his first single, Bill Haley’s “Rock Around the Clock”. His love for music grew after being inspired by Elvis Presley. He soon found his love for guitars from listening to the Everly Brothers.

David started teaching himself how to play by using a book and record set by Pete Seeger.

When high school came around, David was not too happy and didn’t enjoy it at all.

Despite his dislike for the school, David made friends, one of whom was Syd Barrett (future guitarist of Pink Floyd) and the other, Roger Waters ( bassist), who were both attending a school down the road.

He joined a band named Jokers Wild, who went on to record a one-sided album and a single on Denmark Street. Unfortunately, only 50 copies were made.

After that, David would go around busking with friends, performing songs by the Beatles.

In mid-1967, David traveled with his band to France under the name Flowers. They weren’t very successful as club owners were reluctant to pay them. Also, their equipment ended up being stolen.

Despite their difficulties, David never gave up. And it was during his time in France that his school friends released a debut album, “The Piper at the Gates of Dawn”.

While in search of new equipment for his band, David discovered Pink Floyd was in trouble. Sid Barrett was experiencing mental problems and could barely remember David even though they used to play together.

The band was worried about Syd, as he was becoming increasingly more erratic.

So, to cover Syd’s spot, David stepped in and Syd became a non-performing songwriter. Despite the band’s wish to keep him on, Syd decided to leave the band altogether. Gilmour took up lead vocals with Wright and from there on out, there was no stopping them.

Success followed success, from “The Dark Side of the Moon” to “Wish You Were Here”, then “Animals“ and finally the world-rocking album, “The Wall”. During the recording of “The Wall”, Rick Wright was fired. The relationship between Roger Waters and David deteriorated and, eventually, Waters too left after 25 years of being a part of the band.

Due to the lack of members, David had to step up and be the lead singer in 1985. Two years later, Gilmour took charge of Pink Floyd and helped produce the album “A Momentary Lapse of Reason.”

“The Division Bell” was released in 1994 and Waters and Gilmour reunited in 2005 to perform “Echoes: The Best of Pink Floyd”.

A year later, Gilmour announced that Pink Floyd would most likely never tour or write new material again. That same year, Gilmour released a tribute to Barrett, who’d died in 2006.

This tribute went on to hit the UK’s Top 20 singles chart at number 19. In 2014, Pink Floyd released “The Endless River”, which Gilmour stated would be the last album recorded by Pink Floyd. He felt they were getting too old and with the death of Wright, it would just be wrong without him there.

Recently, as reported on his official website, Gilmour and Mason reformed Pink Floyd to release the song “Hey, Hey, Rise Up!” in April 2022 to protest the Russo-Ukrainian War.

With a career spanning more than 50 years, David Gilmour’s substantial earnings include royalties, album sales, and endorsement fees. Despite his age, David continues to release songs that earn him considerable royalties.

With the success that Pink Floyd achieved over 5 decades, it is little wonder that David has such an enormous net worth.

Here’s a breakdown of David Gilmour’s annual net worth:

David married an American model, Virginia Hasenbein, in 1979. They went on to have four children. Unfortunately, the couple split and David remarried in 1994 to novelist, Polly Samson.

Polly Samson and David have 3 children and adopted a fourth.

David has many properties, one of them being an 11-bedroom mansion named Hook End Manor in South Oxfordshire worth over a million pounds. He currently resides on a farm with his family in Wisborough Green, Sussex, as well as his other home in Hove.

With his many properties, David still likes to record on his houseboat, “Astoria”, near Hampton Court.

Gilmour is an atheist and does not believe in an afterlife. As an experienced pilot, David bought a collection of antique aircraft. His hobby became too commercial for his liking, resulting in the sale of his collection. He did, however, retain a biplane, which he still flies now and then.

David’s website showcases his 50-year musical career, which has seen him garner an assortment of awards and titles.

Here are some highlights from David Gilmour’s career:

How Does David Gilmour Spend His Money?

David Gilmour has a passion for flying and all things aeronautical. His love of aircraft led him to spend enormous amounts of money on his collection, before selling it.

He is known to own at least 6 different properties around the world, and needless to say, they are not at all cheap.

David is a major car collector. However, one of the most expensive cars in the world used as collateral to bankroll Pink Floyd’s tour in 1987 wasn’t his. The car in question was a Ferrari 250 GTO, worth over $40 million today. It belonged to Nick Mason, who, together with David, raised enough money to ensure the success of their world tour.

David Gilmour is responsible for much of Pink Floyd’s success. His impressive talents and skillful musicianship are evident in the band’s albums, resulting in truly memorable compositions.

Here are some of the best highlights of David Gilmour’s career:

Despite his prolific talent as a guitarist and songwriter, David Gilmour remains a humble and unassuming character. This rock legend is one of the richest rockstars in the world, but he hasn’t allowed fame and fortune to divorce him from his fans and the true spirit of rock and roll.

Here are our favorite quotes from David Gilmour:

Now that you know all about David Gilmour’s net worth, you’ll be happy to know that he is unaffected by the size of his bank balance and the high esteem in which he is held by his fans and fellow musicians.

Here are some of the best success lessons to learn from David Gilmour:

Even when David Gilmour hit bumps in his career and was told he was not good enough, he still pushed through. This led to him becoming one of the very best guitarists in the world.

2. Step Up When You’re Needed.

Through all the drama of the band and the loss of its members, Gilmour stood up and took the reins. This ultimately helped save the band.

3. Stick To Your Passion

Once you find something that moves you, keep working on it until you have conquered it. There is no success without sacrifice and struggle, something with which David is intimately accustomed.

Despite a very very rough start early in his career, David Gilmour stood by his band, choosing to dig in and make the most of a bad situation.

Starting from nothing, hard work and tenacity ensured that he got to where he is today. By embracing his passion, he was able to take it to the next level and make music his life. Always fighting on, David is the star of Pink Floyd and their savior when things got bad.

His net worth is still increasing with Pink Floyd living on as one of the biggest musical influences in rock history.

As of October2022, David Gilmour’s net worth is estimated to be $180 Million.

What do you think about David Gilmour’s net worth? Leave a comment below.