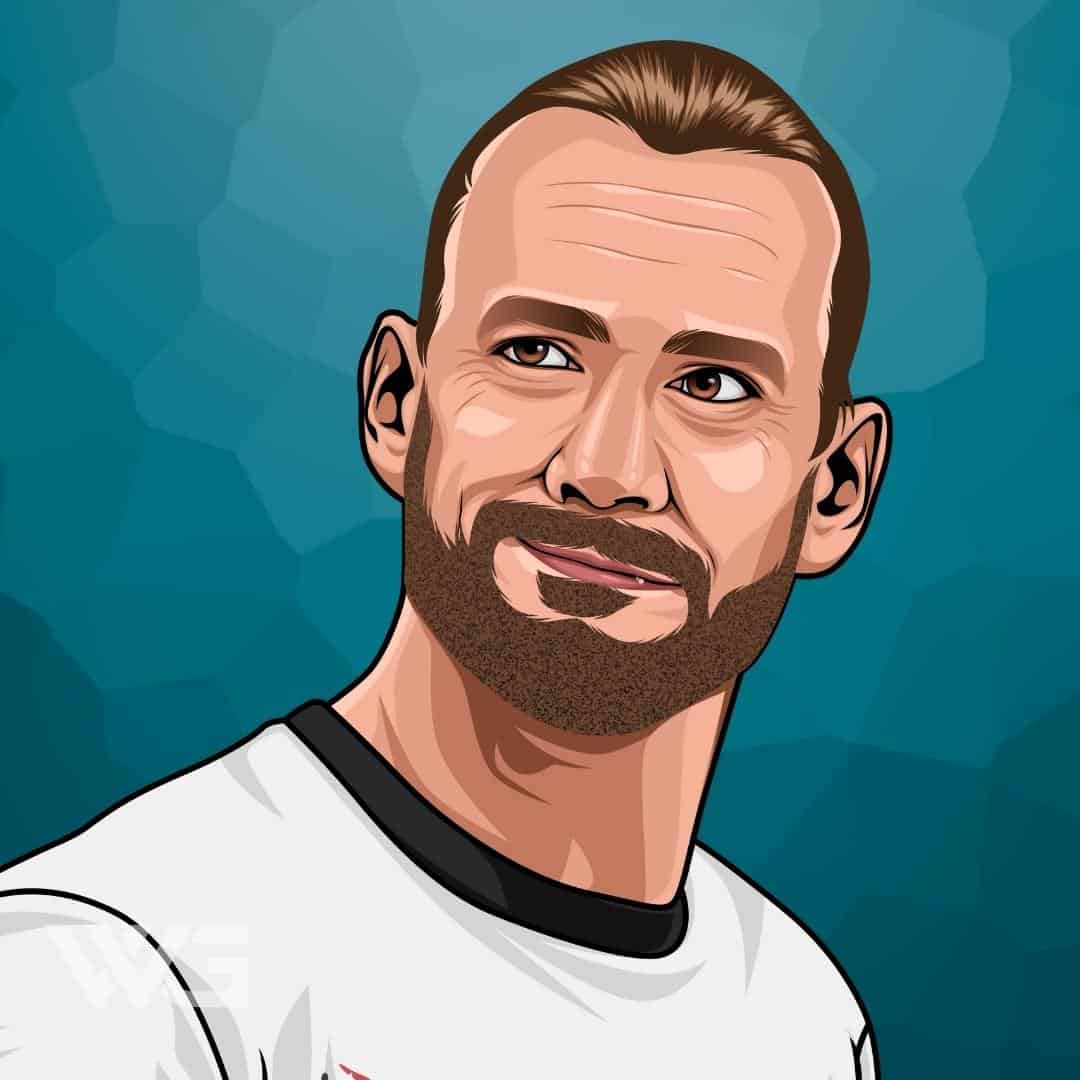 What is CM Punk’s net worth?

CM Punk is an American professional wrestler and MMA fighter who has won many championships while fighting with the WWE.

He has fought with the UFC and returned to the wrestling ring as part of the All Elite Wrestling promotion.

CM Punk was born Phillip Jack Brooks on October 26, 1978, to his housewife mother and engineer father in Chicago, Illinois.

He attended Lockport Township High School and adopted a clean-cut lifestyle from an early age on account of his father’s alcohol abuse.

By the mid-1990s, he attended the backyard wrestling federation Lunatic Wrestling Federation along with his brother Mike, using the name CM Punk when performing with the Chick Magnets tag team alongside CM Venom.

This paved the way for a stint with the Ring Of Honor promotion, winning the ROH Tag Team Championship alongside Colt Cabana in 2002 and becoming ROH World Champion in 2005.

By 2005, CM Punk had signed to the WWE, winning the OVW Championship the following year and kickstarting a long run of wins with the company.

CM Punk retained this title with wins against wrestlers such as The Miz and Ken Kennedy while adding various other championship titles to his list of accomplishments.

While fighting for his ECW Champion belt, Punk entered the ring with wrestlers such as Randy Orton and defeated iconic stars such as The Undertaker to retain the World Heavyweight Championship.

He’s also fought alongside Dave Bautista, in a long and illustrious career, with his post-wrestling activities notable for his involvement with the Ultimate Fighting Championship since 2016.

CM Punk has maintained a consistent career as a professional wrestler which has allowed him to establish his current impressive net worth.

This sum will have been increased due to his other revenue streams from brand endorsements and other media appearances.

While CM Punk’s net worth might be short of some of the richest athletes in the world, nevertheless it has maintained growth throughout his career.

His time with the WWE and subsequent salary increase, combined with the greater exposure to the public, will have seen his net worth take the largest increase in size up to that point.

His post-wrestling career hasn’t diminished his earning capabilities, with Punk receiving $500,000 for a single fight with the UFC.

In 2014, CM Punk married former wrestler April Mendez, known as AJ Lee, who works as an executive producer for Women of Wrestling.

Punk is an avowed atheist, and has expressed his commitment to several causes including same-sex marriage and LGBT rights.

He maintains a strong presence on social media, with over 900,000 followers on his official CM Punk Instagram account, where he keeps his fans up to date on his latest activities.

With many years working in a professional wrestling career and experience in the UFC octagon, CM Punk has racked up an impressive list of accomplishments.

Here are some highlights from CM Punk’s career:

How Does CM Punk Spend His Money?

With a net worth and annual income on par with some of the richest wrestlers in the world, CM Punk has more than enough disposable income for a luxurious lifestyle.

With his wife also a successful figure in the wrestling industry, their combined income will allow them to afford a much higher standard of living.

CM Punk has won multiple championships throughout his career and become one of the sport’s most admired performers.

Here are some of the best highlights of CM Punk’s career:

In his various media appearances and interviews, CM Punk has shared his views on everything from the nature of wrestling to his favorite music.

Here are our favorite quotes from CM Punk:

Now that you know all about CM Punk’s net worth, let’s see what insights he can offer to help us achieve success in life.

Here are some of the best success lessons to learn from CM Punk:

1. Always Try To Exceed The Abilities Of The Masters

At one point in time, CM Punk was the new wrestler in town and looked up to some of the icons of the sport.

He never saw himself as relegated to always being in their shadow, and after hard work, he managed to defeat many of those wrestlers in the ring.

2. If You Suffer A Setback, Be Patient

When CM Punk suffers injuries in the ring, he takes the time to recover properly and doesn’t let it frustrate him.

3. Stay On Top Of Your Vices – Or Eliminate Them Altogether

CM Punk is famous for living a straight-edge lifestyle, avoiding smoking and drinking alcohol so he can stay in shape.

If you have any vices, keep them in check, or better still, work to remove them from your life entirely.

That concludes our article breaking down CM Punk’s net worth, from his early independent career to his rise through the WWE ranks.

Punk has broken wrestling industry records and proven himself to be adept as a UFC fighter, and remains active to this day.

With more chapters in his life on the way, his net worth will change, so we’ll update this article in the future to include all the new facts and figures.

What do you think about CM Punk’s net worth? Leave a comment below.