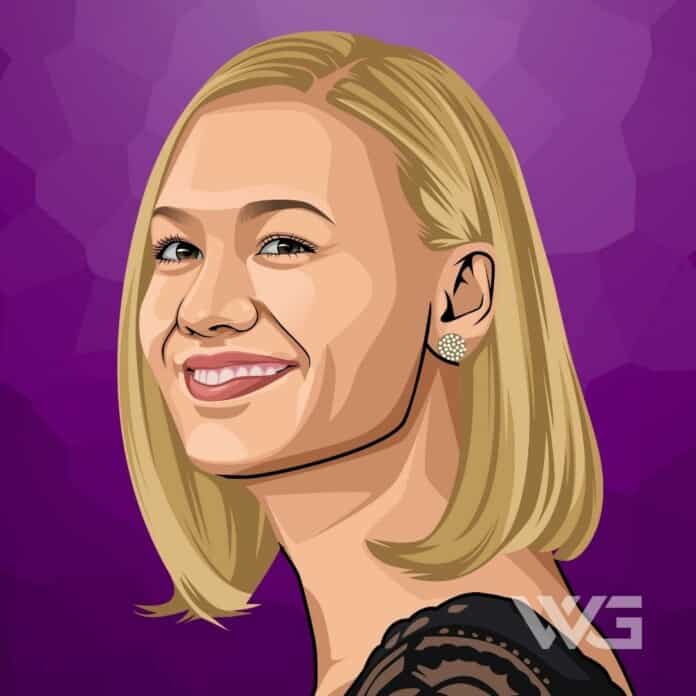 What is Yvonne’s net worth?

As of February 2023, Yvonne Strahovski’s net worth is estimated to be $12 Million.

Yvonne Jaqueline Strahovski was born on the 30th of July, 1982, in Sydney, Australia.

Strahovski is the daughter to Bozena and Piotr, who moved to Australia after getting tired of their life in Poland, surrounded by communists. Her father worked as an engineer while her mother was a lab technician.

Strahovski claims that she was a shy kid and her English was nowhere near even good. She walked to her high school days and on her way, she would keep a dictionary with her to keep herself updated about new words every day.

In the early stages of her career, she worked behind the camera for many TV productions and her passion got her a few cameo roles here and there, and they all turned out to be a great learning experience for her. The popular Australian satirical show ‘Double the Fist’ cast her for a small role.

She started her life in Los Angeles with dozens of auditions for roles in films and television including ‘Chuck’ and ‘Bionic Woman’. She sent her audition tape for ‘Chuck’ and was contacted the very next day and was called a week later for a scene reading.

Her Polish and Australian accent helped her immensely on some episodes of ‘Chuck’ and it was a big reason for her to be signed on for the show. The show premiered in 2007 and became popular as the ratings grew higher, making Yvonne a star overnight.

She did several Australian and American films like ‘I Love you too’, ‘Matching Jack’ and ‘The Canyon’. She also grabbed a key part in 2014 in a video game ‘Mass Effect 2’, where she appeared as one of the animated characters.

Apart from that, she has constantly appeared in Maxim Hot 100’s list for five perpetual years between 2009 and 2013.

Here are some of the best highlights of Yvonne Strahovski’s career:

“I know that one of the distinguishing things was I looked like I could hold a gun, even though I’d never held one before and I’m physically able to do the martial arts and all that stuff.” – Yvonne Strahovski

“I’ve been very physical my whole life. I went out hiking and camping for days in the Australian forest, and when I trained at drama school for three years, we did a whole lot on stage-fighting techniques. And I was a dancer from 5 to 18, so I have a memory for choreography.” – Yvonne Strahovski

“My favorite thing about being an actor is that I get to be so many different people in one lifetime. You sort of getting to be all of these different characters.” – Yvonne Strahovski

“I’ve been lucky enough to get a taste of the feature film world, the TV world, and Broadway, as well, and see what everything is like. For me, it’s very much about the character and how different it is from something I’ve done earlier.” – Yvonne Strahovski

Now that you know all about Yvonne Strahovski’s net worth, and how she achieved success; let’s take a look at some of the lessons we can learn from her:

Have a big enough heart to love unconditionally, and a broad enough mind to embrace the differences that make each of us unique.

Today is a new day and it brings with it a new set of opportunities for you to act on.

Enjoy every bit of your life to the fullest. Your compromises and sacrifices will be rewarded.

How much is Yvonne Strahovski worth?

Yvonne Strahovski’s net worth is estimated to be $12 Million.

How old is Yvonne Strahovski?

How tall is Yvonne Strahovski?

Yvonne Strahovski is an Australian actress known for her roles in American TV show ‘24: Live Another Day’ and ‘Chuck’.

Her appearance in the popular crime thriller series ‘Dexter’ gained her further momentum in her career and she emerged as one of the most bankable American TV actresses of this generation.

What do you think about Yvonne Strahovski’s net worth? Leave a comment below.