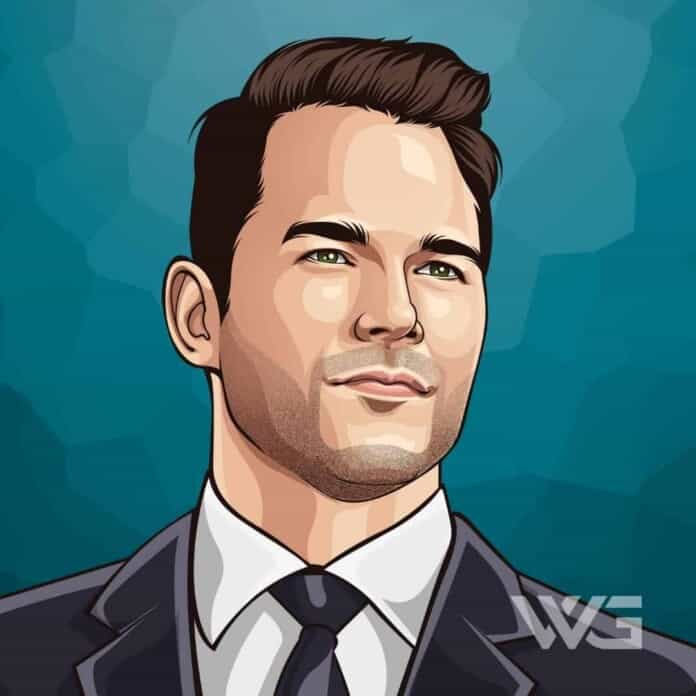 What is Chris Pratt’s net worth?

Christopher Michael Pratt is an American actor from Minnesota.

He rose to prominence for his television roles as Andy Dwyer in the sitcom ‘Parks and recreation’ for which he received critical acclaim and was nominated for the ‘Critics Choice Television Award for Best Supporting Actor in a Comedy Series.

Chris Pratt was born on the 21st of June, 1979, in Virginia, Minnesota. Pratt is the son to Kathleen Louise and Daniel Clifton Pratt. He is the youngest out of three siblings.

Pratt was raised in Lake Stevens, Washington,  and he gained his education from a local school. He showed interest in wrestling and stood fifth in the high school state wrestling tournament.

Chris Pratt began his acting career in a short horror film called ‘Cursed Part 3’. Following his debut, he found a guest role in the television show series ‘The Huntress’ in 2001.

In 2002, he bagged his first regular television role as Harold Brighton ‘Bright’ Abbott on the series ‘Everwood.’ Lasting for 89 episodes, the series ended in 2006.

Pratt later got invited to grace the covers of various magazines as well. The same year, People magazine ranked him 2nd on their annual list of Sexiest Men Alive.

The film ‘Jurassic World’ was one of the biggest hits of the year, amassing about $652 million in North America and $1.018 billion overseas for a worldwide total of $1.670 billion.

Following this huge success, ‘Jurassic World’ led to the making of its sequel which is slated for a June 2018 release. Pratt portrayed the role of Owen Grady in the film.

He had two releases for the 2016 calendar year: as gambler Josh Faraday, in the remake of 1960 Western ‘The Magnificent Seven’ and as Jim Preston in ‘Passengers.’

Here are some of the best highlights of Chris Pratt’s career:

“One of my favorite parts of hunting is getting away from it all. These days there’s a lot more to get away from. That’s probably why I cherish it so much.” – Chris Pratt

“I’m a worker, a guy meant to do a physical job. That’s what my dad did. That’s what my grandfather did. It’s the type of work I’d be doing if there were no such thing as acting.” – Chris Pratt

“I was an athlete growing up and I miss that. I miss hanging out with dudes and making raunchy jokes and telling stories, trading details, you know? There’s something I really miss about that.” – Chris Pratt

“I don’t call myself a feminist, but I’m married to a very strong woman. Women have been kicking ass for so long. I dated a girl who called herself a feminist and we didn’t always get along, so I think I associate the term with a bad relationship I was in, but maybe I should learn more about it.” – Chris Pratt

“We’ve created a society that protects itself from the darkness and the death and destruction that’s all around us. There’s probably a stack of dead bodies in a morgue within six blocks from here, but it’s so gross that we keep that compartmentalized.” – Chris Pratt

View our larger collection of the best Chris Pratt quotes!

Now that you know all about Chris Pratt’s net worth, and how he achieved success; let’s take a look at some of the most legendary lessons we can learn from him:

Don’t be a turd. If you are strong, be a protector. If you are smart, be a humble influencer. Strength and intelligence can be weapons, so do not wield them against the weak. That makes you a bully. Be bigger than that.

It doesn’t matter what it is. Earn it. A good deed. Reach out to someone in pain. Be of service. It feels good and it’s good for your soul.

Nobody is perfect. People will tell you that you are perfect just the way that you are, you are not! You are imperfect. You always will be, but there is a powerful force that designed you that way, and if you are willing to accept that, you will have grace.

How much is Chris Pratt worth?

Chris Pratt’s net worth is estimated to be $80 Million.

How old is Chris Pratt?

How tall is Chris Pratt?

Chris Pratt is an incredible actor who has been in films such as ‘The Lego Movie’, ‘Guardians of Galaxy’, ‘Passengers’ and ‘Jurassic World: Fallen Kingdom’.

What do you think about Chris Pratt’s net worth? Leave a comment below.