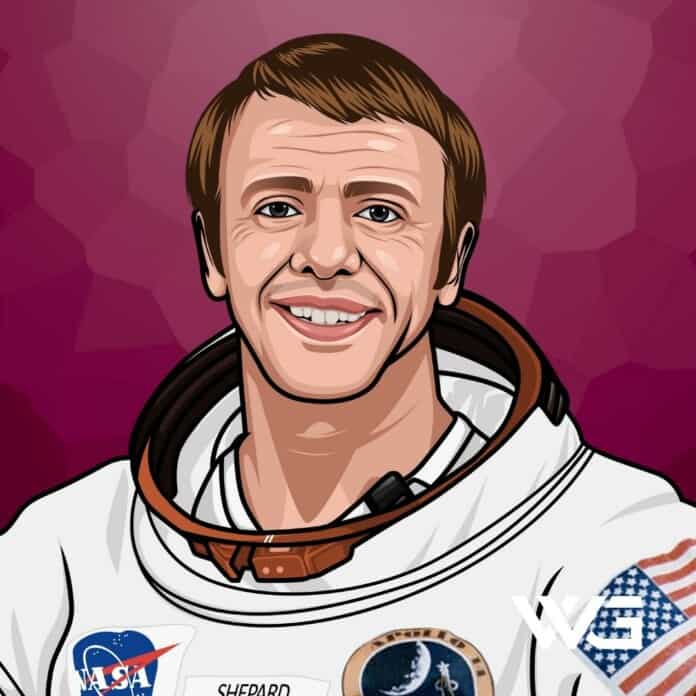 What is Alan Shepard’s net worth?

Alan Shepard was an American astronaut, test pilot, and businessman.

Shepard was the second man and the first American to travel into space in 1961. A few years later, he walked on the Moon. He became a naval aviator in 1946 and a test pilot in 1950. He was selected as one of the original NASA Mercury Seven astronauts in 1959.

Alan Bertlett Shepard Jr. was born on the 18th of November, 1923, in New Hampshire. Shepard is the son of Alan B. Shepard and Pauline Renza Shepard. His father worked in the Derry National Bank.

Shepard attended Adams School in Derry. He achieved the Boy Scouts of America rank of First Class Scout. In 1936, Shepard went to the Pinkerton Academy, a private school in Derry.

In 1944, Shepard started his naval service. He was assigned the task of a gunnery office and was responsible for operating the ship against Japanese “kamikazes”.

Shepard started his flight training at the Naval Air Station Corpus Christi in 1946. He finally earned his naval Navigator wings after six landings on USS Saipan in 1947.

He later joined the Fighter Squadron 42 to fly the Vought F4U Corsair on his first assignment from the Naval Air Station. In 1950, he attended the United States Naval Test Pilot School. His next mission was with the VF – 193-night fighter squadron.

After joining NASA, he was the first American that went into space. Shepard became the second human to travel into space after Soviet cosmonaut Yuri Gagarin.

He became a national hero after the event, and he was awarded the NASA Distinguished Service Medal’ by President John F Kennedy.

Shepard was nominated as the commander of the Apollo 14 mission that made America’s third successful landing on the Moon in 1971. This made him the fifth and oldest person to walk on the moon.

Here are some of the best highlights of Alan Shepard’s career:

“I realized up there that our planet is not infinite. It’s fragile. That may not be obvious to a lot of folks, and it’s tough that people are fighting each other here on Earth instead of trying to get together and live on this planet. We look pretty vulnerable in the darkness of space.” – Alan Shepard

“Whether you are an astronomer or a life scientist, geophysicist, or a pilot, you’ve got to be there because you believe you are good in your field, and you can contribute, not because you are going to get a lot of fame or whatever when you get back.” – Alan Shepard

“And I think that still is true of this business – which is basically research and development – that you probably spend more time in planning and training and designing for things to go wrong and how you cope with them than you do for things to go right.” – Alan Shepard

“I guess those of us who have been with NASA understand the tremendous excitement and thrills and celebrations and national pride that went with the Apollo program is just something you’re not going to create again, probably until we go to Mars.” – Alan Shepard

“The pilot looked at his cues of attitude and speed and orientation and so on and responded as he would from the same cues in an airplane, but there was no way it flew the same. The simulators had showed us that.” – Alan Shepard

“I woke up an hour before I was supposed to and started going over the mental checklist: where do I go from here, what do I do? I don’t remember eating anything at all, just going through the physical, getting into the suit. We practiced that so much, it was all rote.” – Alan Shepard

Now that you know all about Alan Shepard’s net worth and how he achieved success; let’s take a look at some of the lessons we can learn from him:

You have to be there not for the fame and glory and recognition and being a page in a history book, but you have to be there because you believe your talent and ability can be applied effectively to the operation of the spacecraft.

2. Good On Your Field

Whether you are an astronomer or a life scientist, geophysicist, or a pilot, you’ve got to be there because you believe you are good in your field, and you can contribute, not because you are going to get a lot of fame or whatever when you get back.

You may not have any extra talent, but maybe you are just paying more attention to what you are doing.

How much is Alan Shepard worth?

Alan Shepard’s net worth is estimated to be $50 Million.

How old is Alan Shepard?

How tall is Alan Shepard?

Alan Shepard was an American astronaut and test pilot who was best known for being the first American to travel into space and for walking on the moon. Shepard was an entrepreneur and highly successful real estate investor. In 1959, he was one of the original NASA Mercury Seven astronauts.

When he was 47 years old, he became the oldest and earliest born person to walk on the Moon. From 19☺️63 to 1969, he served as Chief of the Astronaut Office.

What do you think about Alan Shepard’s net worth? Leave a comment below.