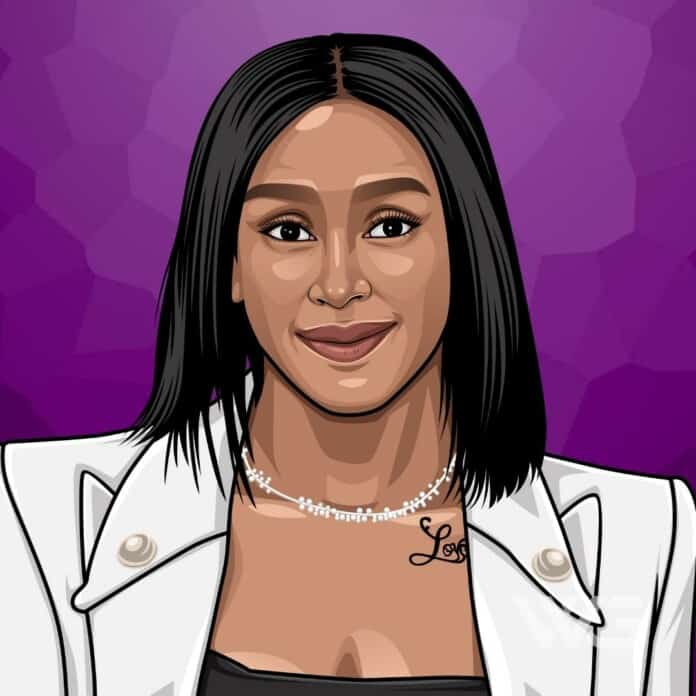 What is Alexandra Burke’s net worth?

Alexandra Burke is a British singer and actress.

Burke won the fifth series of the series ‘The X Factor’ in 2008.

She has been signed to Epic Records, RCA Records, and Syco Music. After she won ‘The X Factor,’ she released the single ‘Hallelujah’ which became the European record holder for the most singles sold over 24 hours. In 2009, the single had over one million copies in the U.K.

Alexandra Imelda Cecelia Ewen Burke was born on the 25th of August, 1988, in London.

Burke is the daughter of David Burke and Melissa Bell. She shared the middle names with her mother and sister.

At a very young age, her mother was touring with her band, which led to her looking after her younger brother. Her parents separated in 1992, while she was very young, but the pair continued to co-parent their children.

Burke started singing when she was five years old. She was one of the youngest contestants on the TV talent show ‘Star For a Night’.

Her big break however came in 2008, when she was the winner of the fifth season of ‘The X Factor’.

Her debut single was a cover of Leonard Cohen’s ‘Hallelujah’, which sold 105,000 copies a day. This made her having the European record holder for single sales in a 24-hour period.

A few months later, she was the first female to sell over a million copies of a track in the U.K. In 2009, she released her debut album ‘Overcome,’ which topped the UK albums chart as well.

The album came with five chart-topping hits such as ‘Bad Boys,’ ‘Start Without You’ and ‘All Night Long.’ She next joined the judging panel in ‘The X Factor’.

How Does Alexandra Burke Spend Her Money?

Burke owns a fabulous home in Hatfield which she purchased in 2011.

Here are some of the best highlights of Alexandra Burke’s career:

“Being 20 years old, I found it harder to be me. Right now I am growing, I am living, I am owning 33, I am owning finding my self worth. I am loving life and I am making every day count. I just want to be the girl who spreads positivity.” – Alexandra Burke

“Right… so… I enjoy baking in the comfort of my own home and to my knowledge I’ve never had any complaints! However, pressure will take me completely out of my comfort zone which will mean I’ll panic, so who knows what could happen on camera while racing against the clock!” – Alexandra Burke

“It’s a bonus that I enjoy baking as I used to bake a lot with my mum when I was young. The trouble is I get distracted very easily by talking, and I don’t work very well at all under pressure.” – Alexandra Burke

“Not complete disasters, no, because when you’re in the comfort of your own home, you know where everything is, and you can adapt recipes and have some music playing. But I’ve a feeling I might have a complete disaster here, even though I’ve practised it at home.” – Alexandra Burke

“I did practise the first bake, I did it twice at home and it came out pretty well, and I timed myself and it was absolutely fine. But I didn’t have cameras on me, and people talking to me. It’s going to be a totally different environment and that does worry me.” – Alexandra Burke

Now that you know all about Alexandra Burke’s net worth and how she achieved success; let’s take a look at some of the best lessons we can learn from her:

1. Fight For Your Dreams

There will be plenty of people out there that will have the same dream as you. You have to fight to be on top.

2. Don’t Forget to Slow Down

Sometimes we are always in a rush, and we forget to slow down. Take a breath, and relax.

How much is Alexandra Burke worth?

Alexandra Burke’s net worth is estimated to be $8 Million.

How old is Alexandra Burke?

How tall is Alexandra Burke?

Alexandra Burke is a well-known British artist and songwriter. Burke is best known for her appearance in ‘The X Factor’. She has earned her massive net worth through her musical career as a performing artist with many hit singles and albums.

Many of her songs have reached the UK Singles Chart.

What do you think about Alexandra Burke’s net worth? Leave a comment below.