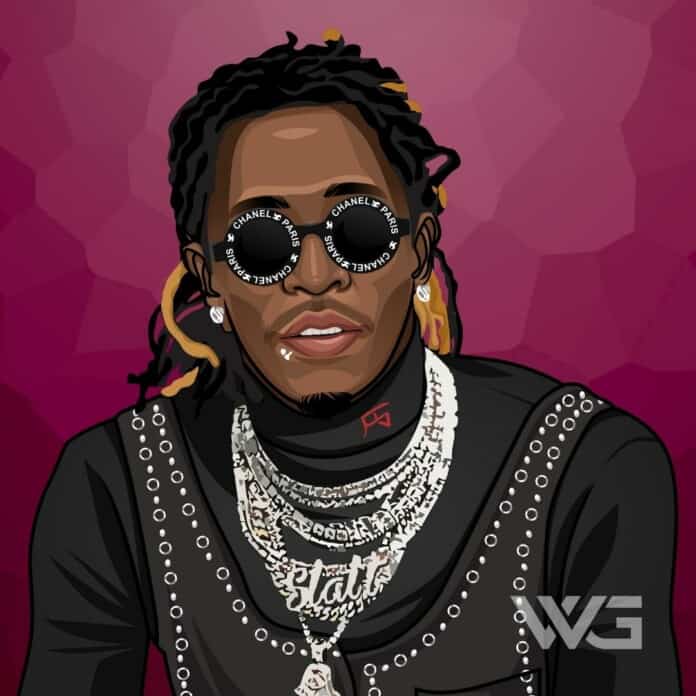 What is Young Thug’s net worth?

Young Thug is a popular American rapper, songwriter, and producer. As one of the most well-known personas in the music industry, Young Thug has collaborated with many artists, including Birdman, Rich Homie Quan, and Gucci Mane.

He’s released numerous mixtapes and music albums, acclaimed by both fans and critics.

He is also well known for his bold fashion trends, which many consider a bit eccentric. Still, his unique musical and fashion style has heavily influenced other artists in the music industry.

One thing is for certain, Young Thug is and will remain one of the greatest rappers of his generation. After all, his impressive net worth of $8 million has not come out of anywhere.

However, while his musical career has been more than successful, his personal life hasn’t been all roses.

Young Thug’s real name is Jeffery Lamar Williams. He was born in Atlanta, Georgia, on August 16, 1991. He was raised by a mom who had to support little Jeffery and his ten siblings on her own (he was the youngest).

As she was struggling to do that, Jeffery began getting involved in crime, drugs, and gambling.

When he was in sixth grade, he was sent to juvenile detention for four years after breaking his teacher’s arm.

Afterward, he didn’t return to school and then began to get more involved in gambling with his brothers. At the age of seventeen, he became a father, discovered his love for rap music, and realized that he no longer wanted to live in poverty.

By 2010, Young Thug already had a few songs to his name. However, the first major breakthrough came in 2011, when he appeared as a guest artist on the TruRoyal’s song titled ‘She Can Go.’

By the end of 2011, he dropped his first mixtape, ‘I Came From Nothing.’ It started to circulate in the Atlanta area, and it didn’t take long for someone to notice the talented young rapper. That person was a prominent rapper Gucci Mane.

Fascinated by Young Thug’s unique musical style and eccentric personality, Gucci Mane wasted no time signing him to his record label. He knew that his unique talent was worth it.

The mixtape received massive critical acclaim, while his original musical style and personality made Young Thug a fan favorite.

Soon after this, he began collaborating with big names in the industry, such as Danny Brown, Travis Scott, Waka Flocka Flame, Rich Homie Quan, and Alex Tumay.

In 2014, it was announced that he signed a management deal with Cash Money Records. Since then, Young Thung has released several mixtapes and collaborated with numerous renowned musicians, including A$AP Ferg, Kanye West, Travis Scott, and more.

In 2017 came one of the biggest highlights of Young Thug’s career. This is when he teamed up with the Cuban pop singer Camilla Cabello for her hit song ‘Havana.’ He also collaborated with Childish Gambino on his hit song ‘This Is America,’ where he provided backup vocals.

In 2019 it finally came the time for Thug’s full debut album titled ‘So Much Fun.’ This was followed by his second studio album, ‘Punk,’ released in 2021.

Throughout his career, Young Thug has been nominated to numerous prestigious awards, including BET Hip Hop Awards, American Music Awards, MTV Video Music Awards, and more, winning multiple of them.

Here are some of the best highlights of Young Thug’s career:

Young Thug is a father of six children from four different women. In 2015 he got engaged to Jerrika Karlae, an entrepreneur and owner of the Swimsuit line.

He lives in a mega-mansion in the Elite area in Buckhead. He bought it in 2016 for a mind-blowing $2.4 million. Thug also owns an impressive car collection, which includes such supercars as Lamborghini Urus Orange and Mercedes Maybach GLS600.

Since a very young age, Young Thug has had problems with the law. He spent four years in juvenile prison for breaking his teacher’s arm when he was in 6th grade.

In May 2022, Young Thug was arrested in his mansion on multiple charges, including drug possession, armed robbery, and theft. He was also accused of being one of the leaders of a crime group called ‘Young Slime Life,’ which was involved in a plot to kill Lil Wayne.

Still, despite these controversies, Young Thug remains one of the most popular rappers in the world.

“I never write. Never! I do not even remember if I can write … This is a true freestyle in general. I put a beat, I said some stuff, I retain ideas, I do it again, with a particular intonation, I test, and especially I record live.” – Young Thug

“When you see them be successful, however small, you say to yourself, wow. And everything becomes possible. Never denigrate, to say we will not succeed.” – Young Thug

3 Rules for Success from Young Thug

Now you know all about Young Thug’s net worth, and how he achieved success; let’s take a look at some of the success lessons we can learn from him:

Don’t ever belittle or think less of yourself because you are capable of doing anything, just like everyone else in this world. You can succeed at anything you put your mind to, and no one can take that away from you.

2. Your past Doesn’t Define Who You Are

Making mistakes or having a rough history doesn’t define what your future will be like. No matter what your circumstances may be, you can always make a difference and turn the situation around.

3. Don’t worry about the rest

There will always be negative people and situations that you can’t control in life, and the best thing that you can do for yourself is to ignore them and focus on what matters. Focus on yourself, the people in your life, and your passion. The rest is out of your hands.

How much is Young Thug worth?

Young Thug’s net worth is estimated to be $8 Million.

How old is Young Thug?

How tall is Young Thug?

Young Thug is currently one of the most influential rappers of our time and has made his name well-known since the very beginning of his career.

His distinct fashion sense and incredible talent have made millions fall in love with his music. As a rapper, Young Thug has achieved more than he could’ve dreamed of, having won multiple awards and topped rap album charts on more than one occasion.

At only 31 years old, Young Thug’s net worth is $8 Million and will continue to grow despite his recent legal problems.

What do you think about Young Thug’s net worth? Leave a comment below.