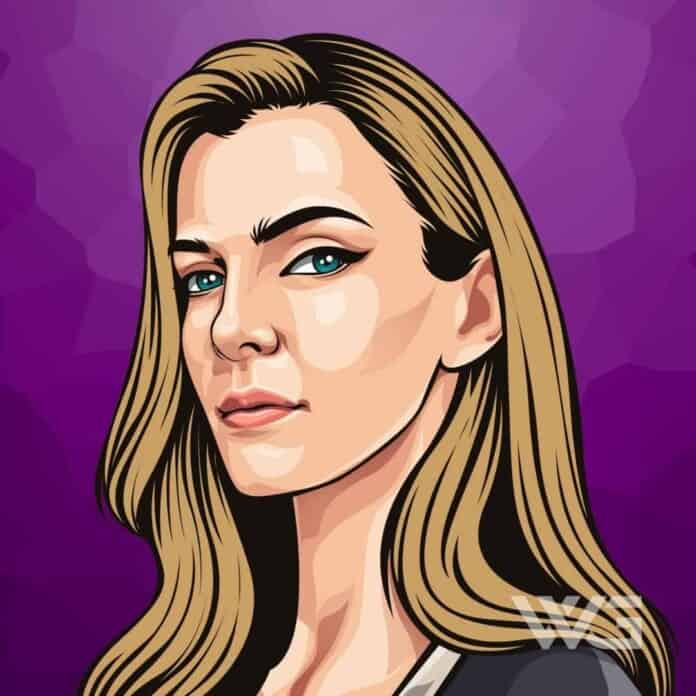 What is Bette Gilpin’s net worth?

As of November 2022, Betty Gilpin’s net worth is estimated to be $2 Million.

Betty Gilpin is an American actress from New York.

Gilpin is best known for portraying Debbie “Liberty Belle” Eagan in the Netflix comedy series ‘GLOW’ for which she was nominated for two Primetime Emmy Awards for Outstanding Supporting Actress in a Comedy Series.

Elizabeth Folan Gilpin was born on the 21st of July, 1986, in New York. Gilpin is the daughter of actors Jack Gilpin and Ann McDonough. She grew up in the South Street Seaport neighborhood of Manhattan.

Gilpin is a 2004 graduate of The Loomis Chaffee School, and a 2008 graduate of Fordham University. During her time at Fordham, she studied under Dianne Wiest.

Gilpin’s breakthrough came with her starring role as Debbie “Liberty Belle” Eagan in the Netflix comedy series GLOW (2017–present), which was inspired by the 1980s female professional wrestling league of the same name. She received numerous award nominations for her performance.

In 2019, Gilpin appeared in the fantasy romantic comedy film ‘Isn’t It Romantic’, the comedy-drama film ‘A Dog’s Journey’, the action comedy film ‘Stuber’, and the action-horror film ‘The Hunt’.

Here are some of the best highlights of Betty Gilpin’s career:

“In previous roles, I have thought of my body as ‘Betty’s body,’ and I try not to eat too many dinner rolls – please don’t fire me! I’ll make crazy choices from the neck up, but from the neck down, it’s just me trying to suck it in.”.  -Betty Gilpin

“I think that it’s our job to sort of band together and say, ‘OK, what are the ways the male gaze has seeped into your brain and is affecting the way you treat yourself? Let’s work together to eliminate that.” – Betty Gilpin

“To get health insurance, you give up your dignity – that’s what I thought of being an actor was. So when ‘GLOW’ came along, I was shaking reading it because I hadn’t really allowed myself to dream of a show like this.” – Betty Gilpin

“When we did ‘Endgame,’ we were all hunched over and making the craziest sounds. Then I graduated and went right into auditioning for ‘Gossip Girl’ and things like that, where, as an actress, you’re required to act from the neck up and, from the neck down. It’s a presentation of your birthday-suit self.” – Betty Gilpin

“Growing up, I was a self-loathing Igor who carried the queen’s books. My job was to be the sarcastic sherpa, quietly providing the farce and adoration, then becoming part of the wall when cued.” – Betty Gilpin

Now that you know all about Betty Gilpin’s net worth, and how she achieved success; let’s take a look at some of the best lessons we can learn from her:

The more you can have control over your ego rather than let it run amuck, the more successful you’ll be in all areas of life.

A thousand words will not leave so deep an impression as one deed.

How much is Betty Gilpin worth?

Betty Gilpin’s net worth is estimated to be $2 Million.

How old is Betty Gilpin?

How tall is Betty Gilpin?

Betty Gilpin is one of the famous and renowned American actresses. She is mainly famous for her role Debbie Eagan, in the series named Netflix series ‘Glow’. Also, she is well recognized for her play at Nurse Jackieas Doctor Carrie Roman at the showtime.

As of November 2022, Betty Gilpin’s net worth is estimated to be $2 Million.

What do you think about Betty Gilpin’s net worth? Leave a comment below.