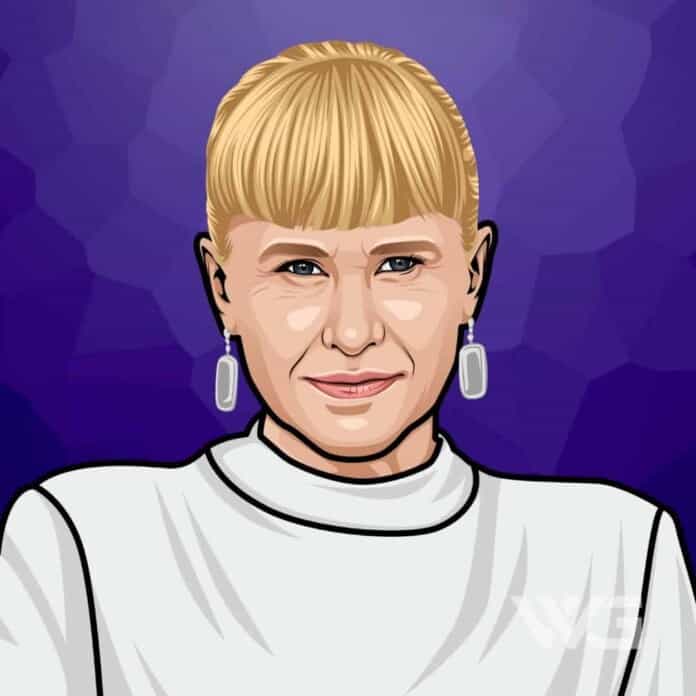 What is Patricia Arquette’s net worth?

Patricia Arquette is an American actress.

Arquette is best known for her work in films and television. She is the recipient f various accolades such as an Academy Award, a British Academy Film Award, two Primetime Emmy Awards, three Golden Globe Awards, and two Screen Actors Guild Awards. She made her film debut in ‘A Nightmare on Elm Street 3: Dream Warriors’ in 1987.

Patricia Arquette was born on the 8th of April, 1968, in Chicago, Illinois. Arquette is the daughter of Lewis Arquette and Branda Olivia “Mardi.” Her father had converted from Catholicism to Islam, and her mother was Jewish.

Her paternal grandfather was comedian Cliff Arquette. Her siblings also became actors, Rosanna, Richmond, Alexis, and David. When she was younger, her parents offered to ger her braces for her teeth, but she refused, telling her parents she wanted to have flaws because it would help her with character acting.

In 1987, Arquette appeared in films ‘A Nightmare on Elm Street 3: Dream Warriors’ and ‘Pretty Smart’ as well as the movie ‘Daddy.’ She then went on to appear in ‘Time Out,’ ‘The Far North,’ and ‘Uncle Buck’ and the made-for-television movie ‘The Edge.’

Arquette co-starred with Reese Witherspoon in ‘Wildflower’ in 1992. The following g year, she received critical acclaim for her performance in ‘True Romance.’

She played Adam Sandler‘s love interest in ‘Little Nicky’ in 2000 and lent her voice in the animated film ‘Lady and the Tramp II: Scamp’s Adventure. She portrayed adult film star Linda Lovelace in ‘Depper than Deep’ in 2003.

A few years later, she starred as Allison DuBois on ‘Medium,’ which became her big break. She appeared in 130 episodes over seven seasons. After ‘Medium,’ she appeared in the films ‘Girl in Progress,’ ‘A Glimpse Inside the Mind of Charles Swan III,’ ‘Vijay and I,’ and ‘Electric Slide.’

In 2018, Arquette played Joyce “Tilly” Mitchell on the series Escape at Dannemora’. In 2019, she voiced in ‘Toy Story 4’, which grossed $1.073 billion at the box office, and she produced and starred in ‘Otherhood.’

How Does Patricia Arquette Spend Her Money?

Patricia Arquette spends money on real estate and a lot of charity work. After her mom’s passing in breast cancer, she decided to focus on charity work start a nonprofit organization after the Haiti earthquake.

Arquette loves to help people. After her mother passed away from breast cancer in 1997, she decided to participate in the Race for the Cure in her honor. In 1999, she served as the spokesperson for Lee National Denim Day.

In 2010, she co-founded the organization GiveLove after the Haiti earthquake. She has also supported The Heart Truth, Eracism Foundation, The Art of Elysium, and the Libby Ross Foundation.

Here are some of the best highlights of Patricia Arquette’s career:

“To every woman who gave birth, to every citizen and taxpayer, it’s our time to have wage equality once and for all and equal rights for women of the United States of America!” – Patricia Arquette

“Hippy people had a hopeful idea of what they wanted the world to be like, then most of them changed into corporate Yuppies. But I still have that hippy thing underneath somewhere.” – Patricia Arquette

“The Hope, Love & Healing necklace is the perfect embodiment of what we are trying to bring to Haiti through safe and sustainable housing, sanitation solutions, and water filtration devices.” – Patricia Arquette

“The truth is, even though we sort of feel like we have equal rights in America, right under the surface, there are huge issues that are at play that really do affect women. And it’s time for all the women in America and all the men that love women, and all the gay people, and all the people of color that we’ve all fought for, to fight for us now.” – Patricia Arquette

“I didn’t want to be looked at. I remember when I was six or seven asking my mom why people were looking at me. She said, ‘They’re looking at you because you’re a beautiful little girl.’ But I didn’t believe her. And yet, I put myself in a business where people have to look at you. I think I learned to block it out.” – Patricia Arquette

Now that you know all about Patricia Arquette’s net worth and how she achieved success; let’s take a look at some of the lessons we can learn from her:

We all go through life living in little bubbles, which we share with people who think pretty much the same as us.

This idea of the world expects you to remain an ingenue forever – it’s a very short shelf life if you’re going to commit to that as your career.

Some people will stop a scene and demand a mirror and look at themselves and check which angles they’re being photographed from. Don’t do that.

How much is Patricia Arquette worth?

Patricia Arquette’s net worth is estimated to be $24 Million.

How old is Patricia Arquette?

How tall is Patricia Arquette?

Patricia Arquette is an American actress and director who made her major film debut in ‘A Nightmare on Elm Street 3: Dream Warriors’.

She has appeared in more than 60 films and television projects. Arquette is known for her real-life psychic Allison Dubois performance on the NBC: CBS series ‘Medium from 2005 to 2011.

What do you think about Patricia Arquette’s net worth? Leave a comment below.