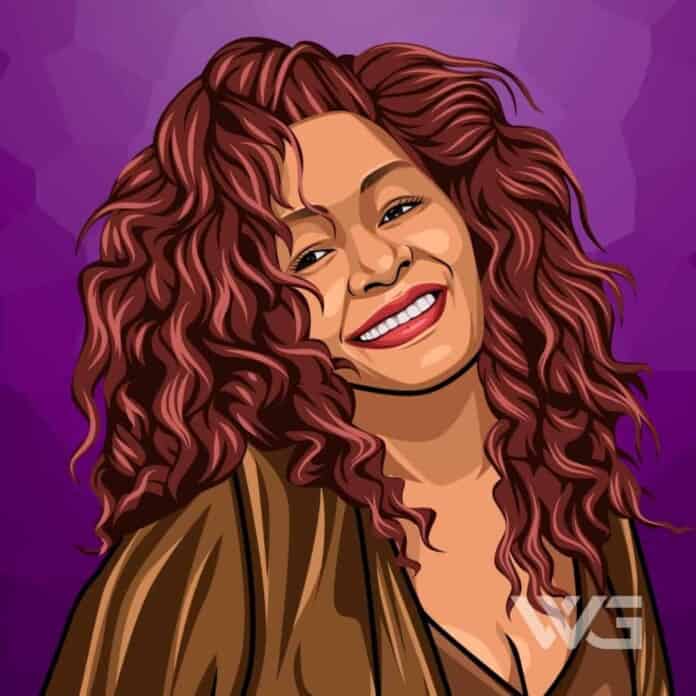 What is Chaka Khan’s net worth?

Chaka Khan, born Yvette Marie Stevens, is an American recording artist known from the funk band, Rufus. She is from Chicago Illinois. Khan is known as the Queen of Funk and Soul and she has sold 70 million records worldwide and she has won 10 Grammys.

Khan gained her recognition when her band Rufus released their debut album in 1973.

Chaka Khan was born in Chicago Illinois on the 23rd of March, 1953. She is the eldest of five children born to Sandra Coleman and Charles Stevens.

Khan was raised as a Catholic, she got inspired to do jazz because of her grandmother. Her grandmother introduced her to jazz and funk which was one of the reasons why she wanted to start her career as a funk and jazz queen.

Khan dropped out from her high school and started to perform in small groups around Chicago.

Khan became active in the black power movement in 1969.

She joined Black Panther Party and her, later on, started to work with organizations that helped kids to eat breakfast. Following year she said goodbye to high school and dropped out to pursue her career as a singer.

She started to perform with small groups around Chicago and following that year she joined Rufus. The world got its first taste of Khan’s voice when the band released their debut album in 1973, which gained a big success.

The follow-up album Rags To Rufus was also a big smash. Stevie Wonder-penned for the band with the song Tell Me Something Good which sold more than a million copies. Rufus received a Grammy Award for Best R&B Vocal Performance.

Rufus continued to have a number of successes over the next coming year. The band has scored a 10 top hit Sweet Thing which was written by Chaka Khan which climbed to the top of the R&B charts and was also a 5 top hit.

Khan started her solo career in the late 1970’s. She released her debut album Chaka Khan in 1978 which featured the No. 1 R&B hit. Though the popularity of her albums eventually declined with shifting musical trends she still put forth critically acclaimed music. She won a Grammy in 1990 and following that year she started to feature in soundtracks.

Khan has collaborated with some worldwide famous artists of all time. She had a big success with her band Rufus, and also during her solo career. Khan is the queen of funk and Jazz.

Here are some of the best highlights of Chaka Khan’s career:

“I would have been an archaeologist or something, maybe a historian. There are a lot of things I would have liked to have done differently, but everything that happened to me made me the person I am today. No matter how negative it seemed at the time or whatever hardship it seemed to have been at that time, I’m just the sum of all those amazing experiences.” – Chaka Khan

“A song is not going to change this damn world. Instead of making people mad about this shitty situation, it’s going to make everybody happy. It’s a false thing. It’s like a lullaby as opposed to a gun. People need to be slapped into reality and music just doesn’t do that.” – Chaka Khan

“I control my life and I have never let success run away with me – I’ve taken it and ran. And the only thing that could threaten my stability is me – I’m my only threat and my own worst enemy. Beyond that, I don’t feel successful. I’m nowhere near where I plan to be as far as my goals.” – Chaka Khan

“America breeds ambition and while that can be a good thing, sometimes it’s not. Ambition also breeds competition and that can be a very bad thing. People become chronically preoccupied with competing and don’t know when to stop. It can become unhealthy.” – Chaka Khan

“You’ve just got to follow your own path. You have to trust your heart and you have to listen to the warnings. … You can’t argue with the universe. It’s not about that. It’s more about relaxing and knowing that you can handle it and feel empowered. Knowing you have the power to do whatever the hell you want to do. That’s what it’s about. It really is.” – Chaka Khan

How much is Chaka Khan worth?

Chaka Khan’s net worth is estimated to be $30 Million.

How old is Chaka Khan?

How tall is Chaka Khan?

Chaka Khan is one of the best female jazz and soul artists worldwide. She has released a lot of albums and sold millions of copies of her music.

She will forever remain as the Queen of Funk.

What do you think about Chaka Khan’s net worth? Leave a comment below.