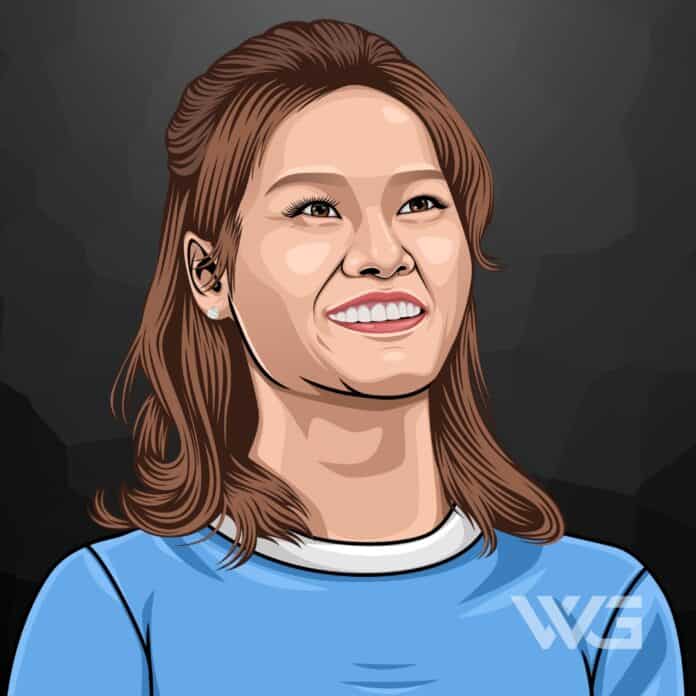 What is Li Na’s net worth?

Li Na is a retired Chinese professional tennis player who made a name for herself in the tennis world by becoming the first Asian player to break many records and win a Grand Slam singles title.

With her many achievements and tournament winnings, she has become one of the richest tennis players in the world. She made her money partnering with major brands; Rolex, Nike, Samsung, Mercedes, and Babolat.

Li’s father, Li Shengpeng, was a professional badminton player before passing in 1996.

She started playing badminton like her father at the age of six, developing good reflexes and gaining confidence on the court, helping her later in her tennis career.

She was finally introduced to tennis when she was 8 years old and coached by Xia Xiyao. Unfortunately, while working under different tennis instructors, she was met with negative reinforcement which started to affect her confidence on the court.

At the age of 14, Li had two major life-changing moments, when her father passed away from cardiovascular disease and then her joining China’s National Tennis Team.

She was able to get her first sponsorship with the shoe brand Nike, which helped her join the John Newcombe Academy to further her studies in tennis.

Shortly after that, she took a break from the national tennis team to study for her degree in journalism.

Her husband Jian Shan became her coach, which resulted in Li quitting the national team later in the year to concentrate on her professional career.

By 2004, Li made the World Tennis Association Top 50 ranking for the first time and over the next few years, Li climbed the rankings.

She reached the top 10 rankings, competing against the best tennis players in the world, such as Carolina Wozniacki, Venus Williams, and Maria Sharapova, the world Number One.

It wasn’t until 2011 that Li experienced one of the biggest breakthroughs in her career when she won the 2011 French Open.

After winning at the French Open, Li broke records for China and soon became the first Asian to win the Grand Slam singles title.

It didn’t take her long to win another Grand Slam at the 2014 Australian Open, which resulted in her ranking number two in the world.

Her new ranking was also a major achievement, as she was again one of the first Asians to achieve this title.

Li was supposed to play at Wimbledon but was unable to compete due to a knee injury which eventually resulted in her having to get surgery.

Due to constant injuries, Li’s career came to a premature end in 2014, as she announced her retirement while ranked number six in the world.

Over the course of her tennis career, Li has earned a fortune from the enormous companies that have sponsored her.

As a pioneer of tennis in the world’s most populous country, she is responsible for introducing the sport to millions of youngsters who would not usually have had an opportunity to play.

With her early exit from the sport, Li could have faded away into obscurity, but the WTA had other plans for her.

They had seen how popular she was and the impact she was having on the sport in China and used her celebrity to help launch the next generation of tennis stars.

Li has put a lot of effort into the business end of her career since she retired.

She’s working on everything from movie and book deals to her own clothing brand in China for long-time sponsor Nike, as well as appearing in reality television programs.

Here’s a breakdown of Li Na’s annual net worth:

She secured sponsorship deals worth over $20 million per year after retiring from the sport.

So she was not only one of the highest-paid female athletes in the world, but has now become one of the wealthiest athletes on the planet.

Due to their close working relationship, Li eventually married her husband and personal coach Jiang Shan in 2006.

Li has spoken about potentially opening her own tennis academy one day. She would also like to create a movie about her life as she has finished playing tennis and now has more time on her hands.

In 2016, she became a Global Ambassador along with soccer players like Dani Alves, an honor that was conferred on her by the Special Olympics.

Olympic Ambassadors are inspiring role models who share a belief in the ability to join together, break down barriers, and promote a world of inclusion. They are icons of achievement from a variety of fields, including sports, music, entertainment, and the media.

Here are a few of the most significant events in Li Na’s career:

Li Na is also the first Asian player to be inducted into the International Tennis Hall of Fame.

Her impact on tennis worldwide, and specifically in China, played a large part in being honored this way. She joins Yao Ming, one of the richest NBA players in the world, as another Chinese sportsperson who is recognized around the globe.

How Does Li Na Spend Her Money?

Li is a great believer in real estate and purchased a Hudson Yards apartment in December 2019.

She bought the condo located in the most valuable part of New York, from William Dalessandro for $10.6 million.

The tennis superstar also bought a property in Boston after she achieved her career-high world ranking.

Li Na has received huge sponsorship deals from vehicle manufacturer Mercedes Benz, maker of some of the most expensive cars in the world, as well as Rolex.

Nike and MasterCard are also reaping the rewards of being associated with Na, who has secured long-term contracts as a result of her positioning as one of China’s most popular sports stars.

She’s planning on opening her tennis academy with an eye on growing the game of tennis in China over the coming years.

More than 100 million people in China alone watched on television as  Li secured her historic singles championship victory at Roland-Garros.

As a result, the International Tennis Federation estimates that more than 15 million Chinese people now play tennis in that country.

Here are some of the best highlights of Li Na’s career:

After Li secured her first grand slam victory, Time magazine voted her one of the 100 most influential people in the world.

Her win also unleashed an avalanche of sponsorship deals that hoped to cash in on the huge interest tennis is generating in China.

During her studies, she did return to the national team in 2004 and pursued her career in tennis.

It was important to her that she took some time away to concentrate on one of her top priorities, education. Only when she was ready, did she make a move to reignite her tennis career.

Here are our favorite quotes from Li Na:

Li Na has always been super-focused on reaching her tennis goals, even when they took her away from her family.

Now that she is no longer playing competitive tennis, she’s able to take the time she needs to ensure that her children are her number one priority.

Now that you know all about Li Na’s net worth, here are some of the best success lessons to learn from Li Na Net Worth:

Being one of the first Asian players to achieve greatness on the world tennis stage has been tough for Li.

She knew she could open doors for her country and strived to help others follow their tennis dreams too.

Li found that it was important not to dwell on the bad things, but rather allow them to push you forward.

She dealt with many situations that should’ve been reason enough to stop her from pursuing her career, but instead, kept pushing forward and proved people wrong.

Li always believed that to achieve her goals she needed to fight for what she believed in.

Despite the difficulties she encountered along the way, she didn’t allow other people’s negativity to bring her down.

Thanks to Li Na, China now shines in WTA and ATP events with many promising junior players moving up through the international ranks.

There has been an increase in the number of Chinese players in the sport and Li Na is viewed as a pioneer, with many Asian players keen to emulate her success.

Li has been featured in various international publications and is known as one of the most popular and influential Asian tennis players.

With her hard work and determination, she has become one of the richest female tennis players in the world with nine WTA singles titles to her name.

What do you think about Li Na’s net worth? Leave a comment below.