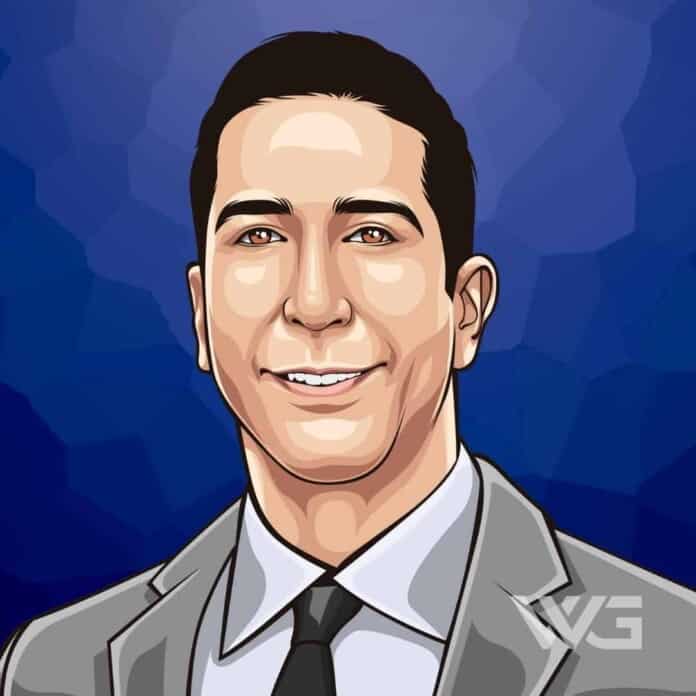 What is David Schwimmer’s net worth?

He starred in the television movie ‘A Deadly Silence’ in 1989 and appeared in a number of television roles, including on ‘L.A. Law’, ‘The Wonder Years’, ‘NYPD Blue’, and ‘Monty’, in the early 1990s. He is best known for the worldwide famous sitcom ‘Friends’.

David Lawrence Schwimmer was born on the 2nd of November, 1966, in Queens, New York.

His mother was a successful divorce attorney. He was the second child in the family and had an elder sister. The family made a move to Los Angeles when he was 10 years old. This was David’s first tryst with the world of Hollywood.

Schwimmer started acting in school plays such as ‘Cinderella’. He attended an acting workshop by legendary actor Ian McKellen which was another riveting experience for David.

Schwimmer began his career in the late 1980s when he auditioned for several roles. He managfed to earn a supporting role in the series ‘ A Deadly Silence’ and then starres in films such as ‘Flight of the Intruder’.

In 1994, he bagged one of the first major roles of his career in the series ‘Monty’. His character was that of a liberal son of a conservative father and earned accolades. Ace Hollywood agents and producers finally started noticing him.

He had his major career breakthrough when he bagged the chance to star as ‘Dr. Ross Geller’ in the sitcom ‘Friends.’ The series revolved around the everyday lives of six 20-something American youths, their romantic quests, and other antics.

‘Friends’ ended its 10-season run in 2004, and David moved on to other projects. He starred in the 2005 independent film ‘Duane Hopwood,’ which received mixed reviews from both critics and audiences.

He turned a full-time director with the 2007 British comedy film ‘Run Fatboy Run,’ which starred Simon Pegg in the leading role. The film helped David earn a nomination for the ‘Best Debut Director’ at the ‘British Independent Film Awards.’

In 2016, he played ‘Robert Kardashian’ in the series ‘American Crime Story: The People v O.J. Simpson.’ The same year, he appeared as one of the main leads in the series ‘Feed the Beast.’

Here are some of the best highlights of David Schwimmer’s career:

“My parents from a very young age raised my sister and I under a pressure to achieve. They’re both attorneys. So good marks, getting through university, there was a huge emphasis and pressure to do well and keep going.” – David Schwimmer

“When I was six years old, my parents took me to this farmers market with a petting zoo. They put me on a pony and, for some reason, it took off at a run and they had to chase it down. They tell me it was kind of traumatic.” – David Schwimmer

“I think the other honest attraction was that I just grew up loving watching TV and loving watching film, and there’s so many directors and actors that I dreamed of working with, I just really wanted to take a crack at it and see if I could ever work with some of those.” – David Schwimmer

“If I were given a choice between two films and one was dark and explored depraved, troubled or sick aspects of our culture, I would always opt for that over the next romantic comedy.” – David Schwimmer

“Sometimes I’ve felt that the industry has typecast me as a certain kind of character. But then I think all it really takes is one role, the right role, to shake that up and change that perception.” – David Schwimmer

Now that you know David Schwimmer’s net worth; Let’s take a look at some of the best lessons we can learn from him:

The feel-good release of anger lasts a few minutes. The repercussions last far longer. Regret, stress, and unhappiness are the byproducts of angry outbursts. Learn healthier ways to communicate your feelings, and when anger arises, step away until it dissipates.

Small expressions of kindness have an enormous positive impact on other people and on their own happiness. It doesn’t take much to be kind. Practice it every day, in every situation, until it’s your natural way of being.

How much is David Schwimmer worth?

David Schwimmer’s net worth is estimated to be $120 Million.

How old is David Schwimmer?

How tall is David Schwimmer?

David Schwimmer is an American actor best known for his portrayal of Ross Geller in the famous American sitcom ‘Friends’. Schwimmer has worked with actors such as Jennifer Aniston, Courteney Cox, and Lisa Kudrow.

As of December 2022, David Schwimmer’s net worth is approximately $120 Million.

What do you think about David Schwimmer’s net worth? Leave a comment below.