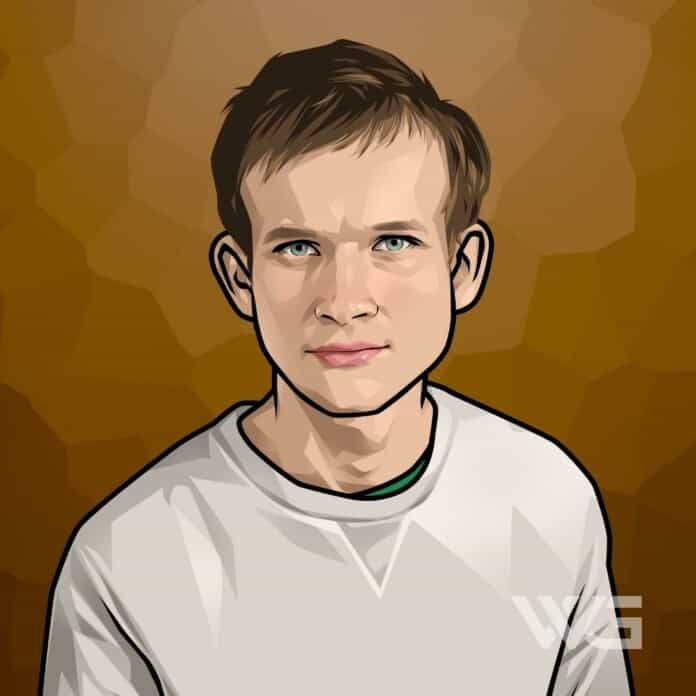 What is Vitalik Buterin’s net worth?

Vitalik Buterin is a programmer and writer.

Buterin is best known for being one of the co-founders of Ethereum. He was involved with cryptocurrency in its inception. He co-founded Bitcoin Magazine in 2011. A few years later, he launched Ethereum with Gavin Wood, Charles Hoskinson, Anthony Di Iorio, and Joseph Lubin.

Vitaly Dmitriyecich “Vitalik” Buterin was born on the 31st of January, 1994, in Kolomna, Russia.

Buterin is the son of Natalia Ameline and Dmitry Buterin. He was 6 years old when his parents emigrated to Canada. While he was at elementary school in Canada, he was placed into a class for gifted children.

He then attended the Abelard School. He started to learn about Bitcoin from his father when he was 17 years old. After high school, he attended the University of Waterloo.

In 2211, Buterin started to write for a publication called Bitcoin Weekly. The owner offered five bitcoin to the one who could write an article for him. Buterin wrote for the site until the website was shut down.

The same year, Mihai Alisie reached out to Buterin about starting a new print publication called, Bitcoin Magazine. He would later accept the offer as the first co-founder, and he started as a leading writer.

He is also the co-founder and inventor of Ethereum. Ethereum has been described as a decentralized network and software development platform that makes it possible for the creation of new cryptocurrencies and programs to share a single blockchain.

Buterin argued that bitcoin needed a scripting language for application development. He came into contact with Glen Weyl after tweeting about Weyl’s proposal. They began writing a manifesto Liberation Through Radical Decentralization.

How Does Vitalik Buterin Spend His Money?

Buterin has helped many charities throughout his career to charities such as SEND Research Foundation and India’s Crypto Covid relief fund.

Here are some of the best highlights of Vitalik Buterin’s career:

“A smart contract is a mechanism involving digital assets and two or more parties, where some or all of the parties put assets in, and assets are automatically redistributed among those parties according to a formula based on certain data that is not known at the time the contract is initiated.” – Vitalik Buterin

“The thing that I often ask startups on top of Ethereum is, ‘Can you please tell me why using the Ethereum blockchain is better than using Excel?’ And if they can come up with a good answer, that’s when you know you’ve got something really interesting.” – Vitalik Buterin

“When I was in grade five or six, I just remember quite a lot of people were always talking about me like I was some kind of math genius. And there were just so many moments when I realized, like, okay, why can’t I just be like some normal person and go have a 75% average like everyone else.” – Vitalik Buterin

“Giving users easy access to many different kinds of digital assets on the blockchain and, particularly, tokens that are linked to assets in the real world, is crucial to seeing blockchain adoption reach the next level, and I applaud Digix Global’s initiative in being the first of many such projects to successfully launch.” – Vitalik Buterin

Now that you know all about Vitalik Buterin’s net worth and how he achieved success; let’s take a look at some of the best lessons we can learn from him:

The industrial revolution allowed us, for the first time, to start replacing human labor with machines.

Growing up, Vitalik Buterin was in a school for gifted children. Use your gift by picking the right career for you.

How much is Vitalik Buterin worth?

Vitalik Buterin’s net worth is estimated to be $400 Million.

How old is Vitalik Buterin?

How tall is Vitalik Buterin?

Vitalik Buterin is the creator of Ethereum. Ethereum is a blockchain platform that acts as a world computer. It has seen its value skyrocket in 2017.

Buterin is a very intelligent person, and he is the co-founder of Bitcoin Magazine. He now leads Ethereum. Growing up, he was a wonder child who everyone saw as a brilliant child. He has proven to be one of the most intelligent people on earth.

What do you think about Vitalik Buterin’s net worth? Leave a comment below.