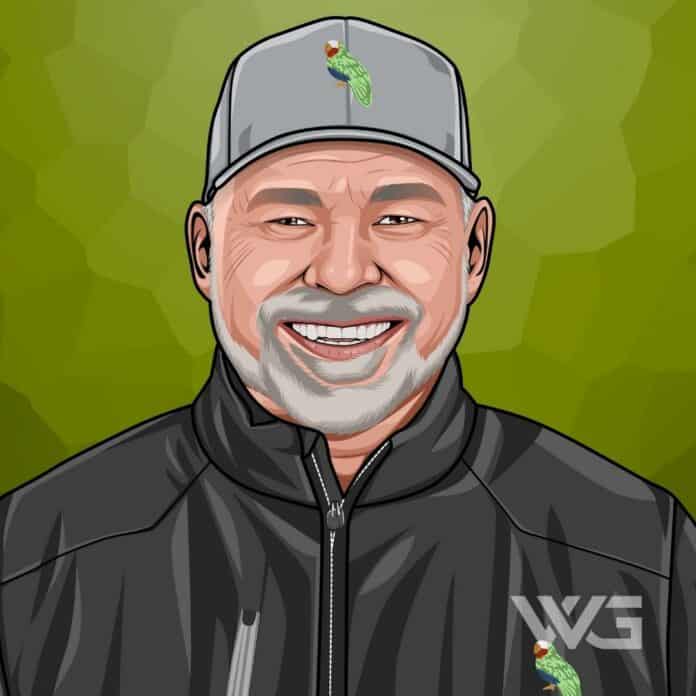 What is Darren Clarke’s net worth?

Darren Clarke is an Irish professional golfer who currently plays for the PGA Tour Champions.

Clarke has earned a substantial net worth as a two-time World Golf Champion and member of the European Ryder Cup team.

As of November 2022, Darren Clarke’s net worth is estimated to be $30 Million.

His father, Godfrey, played for the Glenavon Football Club, while his grandfather, Ben, had played football for Portadown, Sheffield United, Carlisle United, and Exeter City.

Coming from an athletic family, it was no surprise that Darren gravitated toward athletics, though instead of football, he played collegiate golf at Wake Forest University in the United States.

Darren also played as a junior member of the Dungannon Golf Club and earned the East of Ireland Championship in 1989 as an amateur player.

In 1990 Clarke turned professional, and the following year he played his first full European Tour, establishing himself as a strong competitor.

Clarke enjoyed his first European Tour victory in 1993 at the Alfred Dunhill Open and played his first U.S. Open in 1994, tying for 38th place.

Between 1996 and 1999, Clarke won more European Tour events, which led to his worldwide breakthrough in 2000, when he won his first World Golf Championship event.

During the 2000 season, Clarke earned $2 million in prize money, making it one of his most productive years in professional golf.

The same year, he also took the U.S. Open Title, making him the third major winner from Northern Ireland in 13 months.

Clarke won his next major title in 2020 at the TimberTech Championship, his first since 2011, and quickly earned another win at the Mitsubishi Electric Championship three months later.

Darren Clarke has worked his way up to become one of the richest golfers in the world, and his career winnings have been very impressive.

While he’s won a substantial amount of money almost every year since 1991, some of his annual earnings have been positively astronomical.

Despite not being as wealthy as Gary Player, Darren Clarke has done exceptionally well as a professional golfer.

Darren Clarke met his late wife, Heather, in a nightclub in Portrush, County Antrim, and they were married in 1996, later having two sons, Tyrone and Conor.

In 2005, Clarke started missing several tournaments in order to care for his wife, who was battling breast cancer, which she had originally been diagnosed with in 2001.

Unfortunately, Heather Clarke passed away in 2006 at the age of 39, and while Darren participated in the 2006 Ryder Cup six weeks after her death, he came in as the runner-up to Zara Philips.

After losing his wife, Clarke moved with his sons from Sunningdale, Berkshire, back to Portrush, Northern Ireland, where he later met and married Alison Campbell in 2012.

Darren Clarke has won numerous awards during his career as a professional golfer. However, his most substantial victories have been much more prestigious than others.

Here are some of the most significant tournament victories of Darren Clarke’s career:

He may not be one of the highest-paid athletes in the world like fellow golfer Phil Mickelson, but Darren Clarke has certainly earned numerous prestigious accolades.

How Does Darren Clarke Spend His Money?

Darren Clarke is reported to have a home in Portrush, Northern Ireland, but he also owns another oceanfront home on Great Abaco Island in the Bahamas.

Clarke has lived in his home at The Abaco Club since 2004, and here he unwinds with his family by fishing or playing on the club’s private golf course.

His four-room cottage has panoramic views of the beach, and memorabilia from his career decorates the space.

However, when he isn’t living there, Clarke allows his cottage to be rented out to other club guests, and while we don’t know the cost, we imagine it is significant.

Apart from his homes, we wouldn’t be surprised to learn Clarke also owns some of the most expensive golf clubs in the world, seeing how successful he has been in the sport.

While all of Clarke’s accomplishments have been important, some points in his career have impacted his fame and net worth more than others.

Here are some of the best highlights of Darren Clarke’s career:

Darren Clarke has achieved a lot throughout his career, but these moments have been the ones that stand out the most.

In every interview he’s given, Darren Clarke remains down-to-earth and candid about his life and career.

Despite being worth millions of dollars, there is something strikingly relatable about Clarke and how humble he has remained.

Here are our favorite quotes from Darren Clarke:

There is a lot that we can learn from Darren Clarke and his impressive professional golf career.

Now that you know all about Darren Clarke’s net worth, we can take a closer look at what he can teach us about reaching our own goals.

Here are some of the best success lessons to learn from Darren Clarke:

1. Don’t Let Success Trip You Up

When you reach a certain level of success, you can start to become complacent, which will not only hold you back, but it can lead to a loss of motivation.

It may be tempting to stop while you’re ahead, but if you never keep reaching for higher goals, you’ll never learn how far you can go.

After working hard at your goals for a while without making any tangible headway, it can be easy to lose motivation and consider giving up together.

However, anything worth doing takes time, and you’ll never discover how close an opportunity could have been if you give up too soon.

Whether related to blood or not, making time for your family can be extremely important for staying inspired and supported.

Bonding time with your family can also be a great way to relax and decompress after a long week of chasing your dreams.

Darren Clarke is a professional golfer who has earned millions as a member of the PGA Tour.

Currently playing for the PGA Tour Champions, Clarke continues to grow his fortune with his skills on the fairway.

Be sure to check back often to stay up-to-date on any and all changes impacting Darren Clarke’s net worth!

As of November 2022, Darren Clarke’s net worth is estimated to be $30 Million.

What do you think about Darren Clarke’s net worth? Leave a comment below.