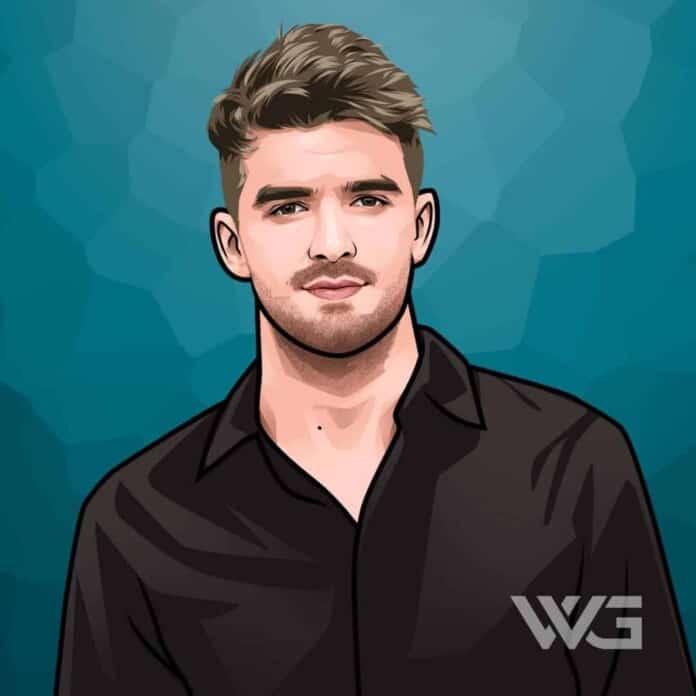 What is Andrew Taggart’s net worth?

Andrew Taggart is an American musician, DJ, and producer best known for his role as one half of the electronic music duo. The Chainsmokers.

Along with Alex Pall, the duo have released multiple singles and several albums, many of which have reached the Billboard 100 Charts, alongside sell-out tours at the leading dance music festivals.

As of February 2023, Andrew Taggart’s net worth is estimated to be $80 Million.

Born in Portland, Maine, on December 31st, 1989, Andrew Taggart was raised by his schoolteacher mother and father who worked in the medical goods industry.

With a strong interest in music from a young age, Taggart began learning how to DJ and produce electronic dance music from the age of 15.

In 2012, Andrew Taggart joined Alex Pall and formed the DJ and production outfit, The Chainsmokers, releasing their debut studio album Memories… Do Not Open in 2017.

Taking influence from eclectic artists including Taylor Swift and Pharrell Williams, they continued to release tracks over the following years, including the hit EP Bouquet in 2015.

Several songs released by The Chainsmokers have reached the top spot on the charts, including #Selfie, Roses, Don’t Let Me Down, and Something Just Like This, featuring Coldplay.

While performing at the Ultra Music Festival, the duo publicly denounced Donald Trump as he was launching his candidacy for President of the United States.

After taking a break from performing due to the COVID-19 pandemic, the group returned to the studio in 2022 to begin work on High, their fourth studio album.

The combination of record sales and touring fees has given Andrew Taggart consistently high earnings in recent years.

Along with Alex Pall, The Chainsmokers reportedly grossed a combined $45 million between June 2017 and June 2018.

This is in addition to the combined gross of $38 million the previous year, while the year between 2018 and 2019 saw them earning $46 million.

With an estimated combined earning of $70 million between June 2019 and June 2020, the duo has a four-year total earnings of around $200 million.

As one of the richest DJs in the world, Andrew Taggart’s net worth has continued to increase thanks to his impressive career earnings.

While The Chainsmokers have been active since 2012, much of the increase in Taggart’s net worth has come since 2017, when the duo released their debut album.

Andrew Taggart has had several relationships in recent years, including dating Instagram model Haley Rowe from 2016 to 2017.

In 2018 he was seen dating model Christine Burke, and in 2020 he was spotted dating another model called Chantel Jeffries.

Following his breakup with Jeffries, Taggart has since been seen with a TikTok star known on the platform as ana1princ3ss.

In the relatively short period of time The Chainsmokers have been active, they have been nominated for and given a variety of prestigious music industry awards.

Here are some highlights from Andrew Taggart’s career:

How Does Andrew Taggart Spend His Money?

Andrew Taggart owns a $12 million mansion in Beverly Hills, home to some of the most expensive houses in the world, which he put up for sale in 2021 for $14.45 million.

He also owns two additional homes in Sherman Oaks, California, for which he paid over $2 million for each of them.

Along with his bandmate Alex Pall, the pair have invested over $27 million in six multi-million dollar LA homes, each with multiple bedrooms and their own swimming pools.

With his best-selling albums and singles, and sell-out tours, Andrew Taggart has enjoyed a hugely successful career in the music industry.

Here are some of the best highlights of Andrew Taggart’s career:

Andrew Taggart has enjoyed huge success as a DJ and music producer, sharing his thoughts on the creative process as well as offering broader insights into his life experiences.

Here are our favorite quotes from Andrew Taggart:

Now that you know all about Andrew Taggart’s net worth let’s dive into some of the life lessons and approaches to creativity we can learn from his life.

Here are some of the best success lessons to learn from Andrew Taggart:

1. Try To Collaborate With The Best Talent Possible

The success of many of Andrew Taggart’s songs can be attributed to collaborations with talented artists, including Coldplay and Rozes.

If you have a chance to work with other great artists who can help you develop a new sound, take the opportunity.

2. Give Something Back To Those Who Need It The Most

The Chainsmokers were quick to perform a charity concert when the world shut down due to the pandemic.

The proceeds from their concert went to the Children’s Medical Fund of New York as well as the charity, No Kids Hungry.

3. Always Try To Diversify Your Investments

With his large annual revenue from record sales and touring, Andrew Taggart understands the importance of investing.

He’s picked up a list of properties and built up an impressive real estate portfolio to ensure a solid return on his investments and investing in a tequila company.

So there you have it, our complete guide to Andrew Taggart’s net worth exploring the hit singles, albums, and sell-out tours.

His work with The Chainsmokers has seen the duo enjoy many hit songs, with dozens of award nominations in a short period of time.

With Taggart’s successful career continuing to generate income, his net worth will change, so we’ll be updating this article in the future to include the most up-to-date details.

As of February 2023, Andrew Taggart’s net worth is estimated to be $80 Million.

What do you think about Andrew Taggart’s net worth? Leave a comment below.

What is Rande Gerber's net worth? Introduction As of ,...