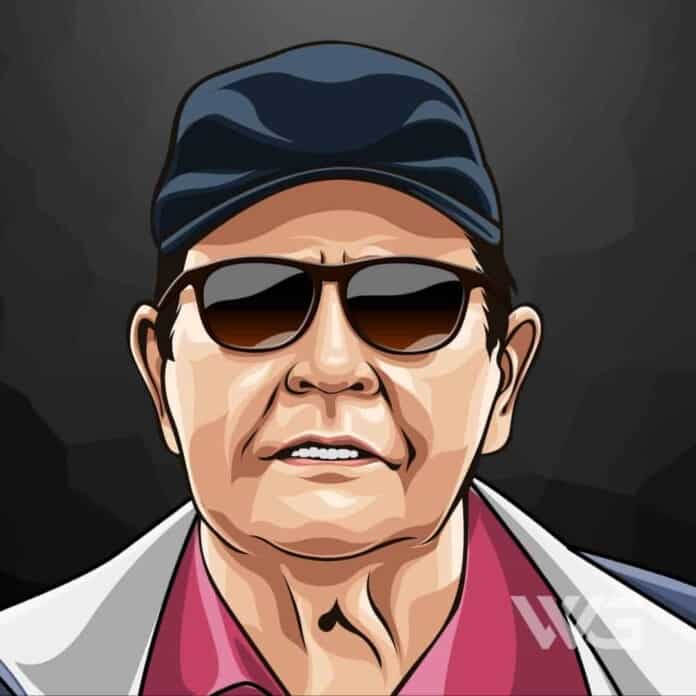 What is Jack Nicklaus’ net worth?

Jack Nicklaus is an American retired professional golfer from Ohio. Many believe him to be the greatest golfer of all time. Over a quarter-century, he won a record 18 major championships, three more than Tiger Woods.

Jack William Nicklaus was born on the 21st of January, 1940, in Columbus, Ohio. He grew up in the well-to-do suburb of Upper Arlington and attended the Upper Arlington High School.

In 1962, he began his professional career in golf with the PGA Tour and his first win was at the U.S Open, where he defeated Arnold Palmer and became the U.S Open champion.

In 1965, he was the winner of The Masters Tournament and set a new record with an aggregate score of 271. The same year, he teamed with Tony Lema and formed the U.S Team for the World Cup and had five victories in all.

He was the winner of ‘The Open Championship in Muirfield’ in 1966, Scotland. He participated in 22 official worldwide events that year and won four major tournaments.

Nicklaus was the winner of the Senior Players Championship in 1990, where he defeated Lee Trevino by six shots.

In 2000, he played his final U.S Open at the Pebble Beach Golf Links, California, and later that year he paired with Tiger Woods and Vijay Singh for the last PGA Championship tournament of his career.

Here are some of the best highlights of Jack Nicklaus’ career:

“We don’t have to do a bunch of things to figure out how to win the Ryder Cup. Just go play golf. … I’m a little bit too casual probably about a lot of things, but you can’t force good play. Good play comes from good hard work and actually being prepared to play, not being forced to play.” – Jack Nicklaus

“Confidence is the most important single factor in this game, and no matter how great your natural talent, there is only one way to obtain and sustain it: work.” – Jack Nicklaus

“I’ve had a lot of majors where I didn’t play well until the last round. Keep yourself in contention; that’s the name of the game. I usually ended up shooting a good round and all of a sudden, somehow, I won.” – Jack Nicklaus

“Did you know there’s probably more golf played in Iceland than most places in the world? They play 24 hours a day in the summertime and the northern part is warmer than the southern part.” – Jack Nicklaus

“Scoring comes from being able to preserve what you’ve got and play your smart shots when you need to play them and not do stupid things and take advantage of things when have you them.” – Jack Nicklaus

Now that you know all about Jack Nicklaus’ net worth, and how he achieved success; let’s take a look at some of the lessons we can learn from him:

1. Leaders Know Their People On a Personal Level

As leaders, one of our most important tasks is forming the best teams. We should give our people input into how teams are formed.

But a leader doesn’t let personal preference alone dictate who works together. Your job as a leader is to know your people so well that you can ascertain who will work best together to get the job done.

The lesson here is that, as a leader, you need to always be learning – especially in situations when you don’t come out on top. You need to remind your people to do the same. It’s all about dusting yourself off, taking stock and moving on to the next opportunity.

3. Make Time For Your Passions Outside Of Work

Good leaders follow this model and encourage their people to do the same. While everyone who wants to succeed in business must work incredibly hard, it’s vital to work at something bigger than yourself and your organization. You must pursue a larger purpose and strive for a well-rounded life.

How much is Jack Nicklaus worth?

Jack Nicklaus’ net worth is estimated to be $400 Million.

How old is Jack Nicklaus?

How tall is Jack Nicklaus?

Jack Nicklaus is one of the greatest and most successful golf players of all time. He is the only player to complete his career ‘Grand Slam’ on both regular and senior tours.

With a total of 118 professional tournament victories to his credit, he also has a record of 18 major championship titles which include six Masters, five PGA Championships, four U.S. Opens and three British Opens.

What do you think about Jack Nicklaus’ net worth? Leave a comment below.