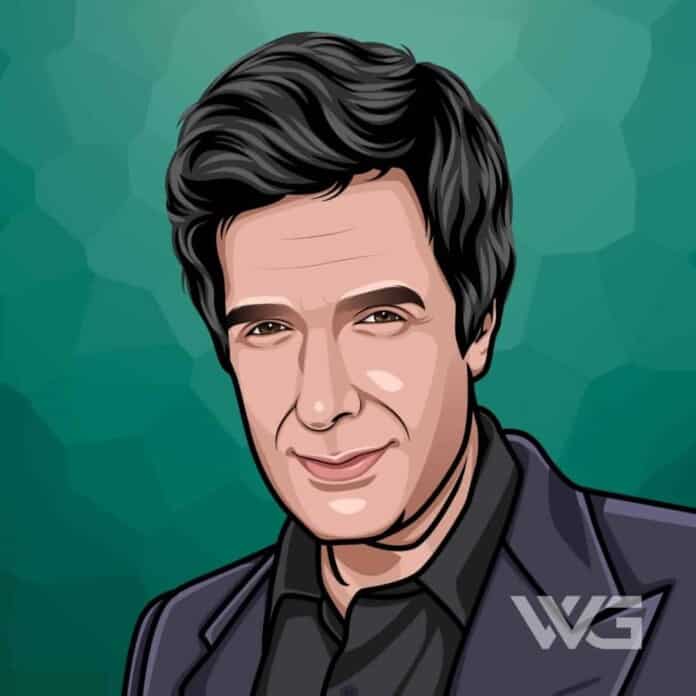 What is David Copperfield’s net worth?

David Copperfield is an American magician. Copperfield is known for being one of the most commercially successful magicians in history. His television specials have won 21 Emmy Awards and 38 nominations.

His career has spanned over 40 years, and it has earned him 11 Guinness World Records. He has a star on the Hollywood Walk of Fame and has been named “Living Legend” by the US Libary of Congress.

David Seth Kotkin was born on the 16th of September, 1956, in Metuchen, New Jersey. Kotkin grew up in a Jewish household. When he was a kid, he started learning magic and ventriloquism. When he was 10 years old, he began performing magic around his neighborhood.

A few years later, he earned the honor of becoming the youngest person ever to be admitted to the Society of American Magicians. After graduating from high school, he enrolled at Fordham University.

Copperfield worked with Francis Ford Coppola, Eiko Ishioka, and Davis Ives for his show ‘Dreams &is  Nightmares’ in 1996. In 2001, he performed at a UNICEF benefit at the White House.

The following year, Copperfield guest-starred on the medical sitcom ‘Scrubs.’ He worked on ‘The Incredible Burt Wonderstone’ in 2011, appearing alongside Jim Carey and Steve Carell. He was featured on ‘Oprah’s Next Chapter’ series in 2012.

He played himself on the series ‘The Crazy Ones’ in 2014 and the HBO mockumentary ‘7 Days in Hell’. The following year, he lent his voice to two episodes of ‘The Simpsons.’ He co-produced the film ‘Now You See Me 2’ in 2016. He has directed and produced several of his specials.

How Does David Copperfield Spend His Money?

David Copperfield spends his money on his art collection, real estate, and charity work. He owns one of the largest collections of magic memorabilia.

Copperfield owns one of the largest collections of magic memorabilia. His collection contains more than 150,000 items and books, with precious items from Harry Houdini, Georges Melies, and the father of modern magic, Robert Houdin. His collection is placed in a 40,000 square foot warehouse located several miles off the Las Vegas Strip.

His real estate portfolio is worth $200-300 million. Copperfield owns 11 islands in the Bahamas, where he has built a lavish resort that costs more than $50,000 per night to rent. He also owns a massive $18 million mansion in Nevada and a four-floor apartment in New York City.

Copperfield has supported different charities, and he has founded Project Magic, a rehabilitation program to help disabled patients. The program has been credited by the American Occupational Therapy Association and is in use in over 1100 hospitals.

Here are some of the best highlights of David Copperfield’s career:

“My job is to make people dream. Of course, there’s a lot of technical stuff behind the scenes and a lot of hard work behind it, but I get to watch people see the result of that hard work and feel that wonder and feel that discovery, all the time.” – David Copperfield

“All the lawyers and the business stuff is work, but actually creating stuff isn’t work. It’s good effort. It’s hard work. But, it’s not work. It doesn’t feel like work because the result is very rewarding.” – David Copperfield

“From the very beginning, I studied acting, directing, lighting, dance, and movement. I didn’t rely on just the magic to take place. It’s a shame that many magicians rely on the trick itself, and they have no other abilities. They get away with the wonder factor, and I don’t think that’s enough. It’s great, but it’s not enough.” – David Copperfield

“To make magic credible on-screen is always very difficult. The story is the most important thing. That is what should win. If sacrifices or compromises are made, it’s usually for story. Story in magic is very, very important to me. That’s what I’ve really championed through my career.” – David Copperfield

“When I was a kid, people wanted to be an astronaut. Today, kids want to be famous, and that’s totally the wrong approach. You have to have authenticity in what you’re doing. You have to really care about the core message of what you’re saying, and then everything else will fall into place.” – David Copperfield

Now that you know all about David Copperfield’s net worth and how he achieved success; let’s take a look at some of the lessons we can learn from him:

Dreams are illusions, and we can’t let go of them because we would be dead.

The real secret of magic lies in the performance.

When people say, you can’t do it – that it’s impossible – never lose hope. Just because they couldn’t doesn’t mean you can’t.

How much is David Copperfield worth?

David Copperfield’s net worth is estimated to be $1 Billion.

How old is David Copperfield?

David Copperfield was born on September 16, 1956, and is currently 66 years old.

How tall is David Copperfield?

His television specials have won multiple awards. He opened the International Museum and Libary of the Conjuring Arts in Las Vegas, which is the world’s largest magical artifact collection.

What do you think about David Copperfield’s net worth? Leave a comment below.

What is Bo Derek's net worth? Introduction  As of ,...