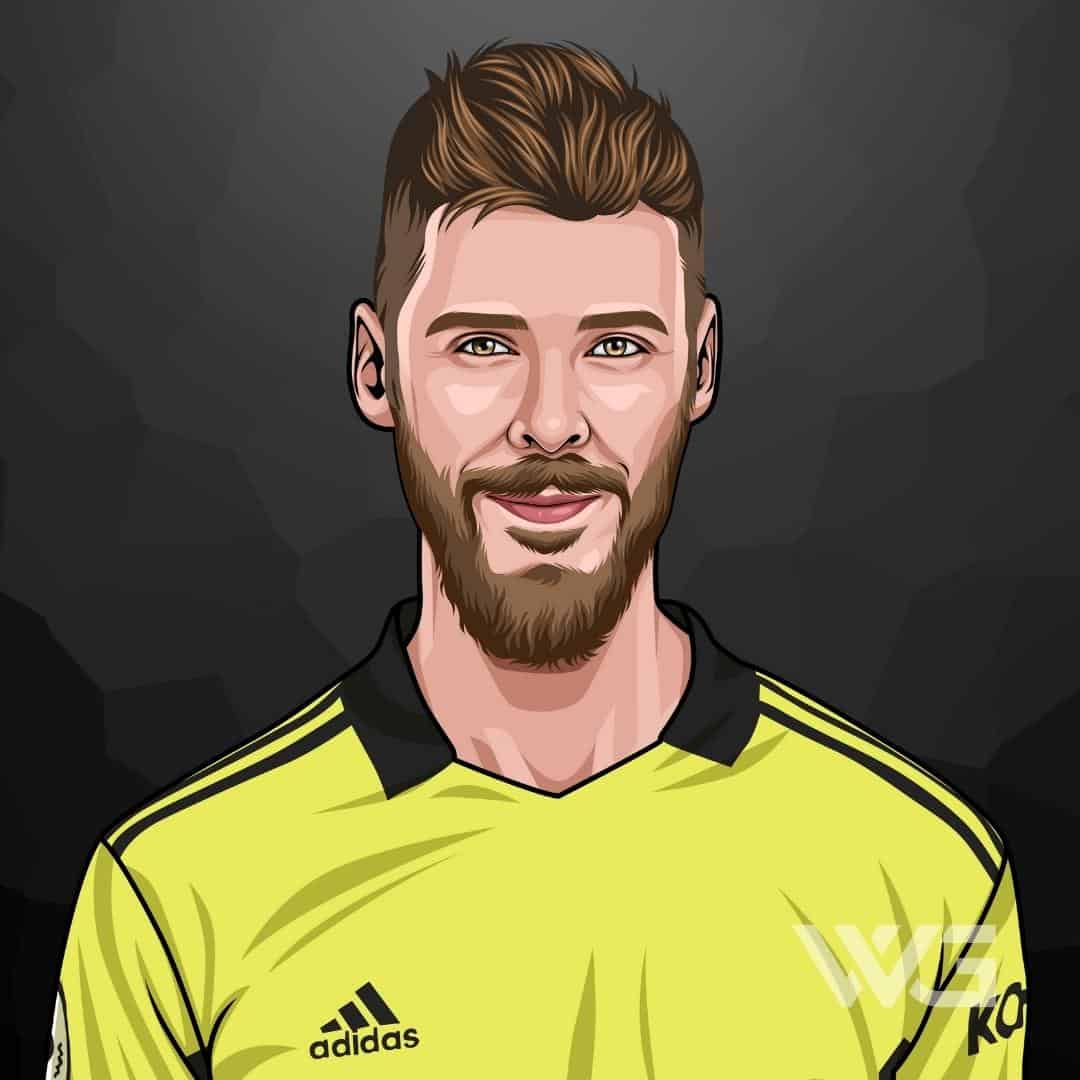 What is David de Gea’s net worth?

Known as one of the best goalkeepers in the world in 2010, David de Gea is still surprising the world with his talents.

Winning two Europa League titles, one Premier League crown, the FA Cup, and the UEFA Super Cup is no easy feat. His reflexes and his ability to stop between the posts have bought him a successful career that even Manchester United had to have him (he joined for £18.9 million).

David de Gea is still playing football with a constantly increasing net worth. He earns up to $4.446 million (£3.8 million) each year from endorsements alone.

David de Gea Quintana was born 7 November 1990 in Madrid, Spain. His father, a former goalkeeper, and his mother, Marivi, a housekeeper, were married for many years before having De Gea in their 40s. With his father’s sporting experience and a mother who pushed him to focus on academics, David excelled at both.

During his school career, he played midfielder due to his aggression and talent. David was an all-rounder, playing in every position from striker to defender until the age of 14, when he discovered his love for goalkeeping.

At the early age of 13, he joined ‘Atletico Madrid’, one of the richest soccer teams in the world, and ended up with a professional contract at the age of 17.

David proved his talent for goalkeeping during the first few seasons with Atletico Madrid. Through the ups and downs, he improved his performance and was told that Manchester United had lost their goalkeeper, Edwin van der Sar, and were looking for a suitable replacement. Even with Manchester keeping an eye on De Gea, he stunned everyone by extending his contract with Atletico in 2010.

It was, however, announced later in 2011 that David de Gea would be making his debut for.

As luck would have it, David’s start with the English Premier League side,  Manchester United, was rough. He made several unforced errors during the season, conceding goals that should not have gone in.

Taking a break from the Manchester matches, he eventually regained his momentum again after taking a breather. In February 2013, David was voted into the PFA Premier League Team of the Year, ending up with 11 clean sheets in the 28 games he played.

David De Gea has a contract with Manchester United for 5 years, where he earns in the region of $24 million per month. Over and above that, he can look forward to endorsement and advertising income as well.

Keep in mind that David de Gea also earns approximately $3 to 5 million per year from endorsements.

David de Gea’s net worth is set to increase substantially year on year due to his contract salary and endorsement deals. Goalkeepers mature more slowly than infield players, so at 31, De Gea has many more years to ply his trade between the goalposts.

Here’s a breakdown of David de Gea’s annual net worth:

De Gea is currently married to Spanish singer, Edurne. On the 4th of March 2021, they had their first child, a daughter, Yanay.

According to his Instagram page, he also has a best friend named Thiago Alcantara, whom he has played alongside while representing the Spanish U21 side. He loves living in Madrid, so much so that he purchased a house for his family there for 2.5 million pounds.

David may not have the best grasp of spoken English, but once moving from Atletico Madrid he managed to improve his linguistic skills enormously. Playing for the most loved club in British football, De Gea’s teammates at Manchester United are only too well aware of how they are perceived by their home crowd. Learning the English language goes a long way to endearing him to the crowds.

With his love of technology and the web in particular, he has founded an eSports team under the name “Rebel Gaming” (2021). Check out his official Instagram account for more information.

Here are some highlights from David de Gea’s career:

How Does David de Gea Spend His Money?

Despite the controversy surrounding David de Gea’s theft of a donut from Tesco, he is considered the richest goalkeeper in the world.

It is not surprising that David is particularly proud of his collection of the most expensive cars in the world  and has boasted in the past about his £160 million ($185 million) Aston Martin and Mercedes van. Footballers are known for their love of fast cars and he’s made a good start by investing in the very best on four wheels.

Other vehicles in his collection include various high-end Mercedes Benzs, a Chevrolet Camaro, and an Audi RS5.

With astute money managers to help him invest wisely, he has also acquired property worldwide, with a Manchester mansion worth £2.5 million ($3 million).

De Gea has spent his entire childhood training and preparing for his professional footballing career. It is no wonder then that he has amassed an enviable record as a goalkeeper both for his club and his country.

Here are some of the best highlights of David de Gea’s career:

Footballers must be especially strong-willed to withstand the stresses of the modern game. De Gea embodies this and it shows in his outlook on life and work in particular.

Here are our favorite quotes from David de Gea:

Now that you’ve seen just how much he earns and know all about David de Gea’s net worth, here are some of the best success lessons to learn from David de Gea:

1. You Too Can Become Successful

No matter where you come from, David believes that hard work will result in your success. David knows only too well that you’re only as good as your last match. He’s prepared to sacrifice and work hard to achieve his goals.

2. Don’t Let Other People Bring You Down

Don’t let the lies other people tell stop you when you know the truth. Mental toughness is an integral part of a goalkeeper’s psychological makeup. De Gea has shown that he can keep his focus and not allow what other people say to get him down or affect his play.

3. Always Strive To Be The Best You Can Be

David de Gea is never satisfied. He’s always looking for ways to improve. This is how he has managed to get to where is and believes that we can all achieve this as well, so long as we are prepared to work hard.

David de Gea is an excellent example of starting from the bottom and working your way up. He found his passion early in life and stopped at nothing to achieve the very best that he could.

Continuing to work to be his best, David has made an impact on fans and football players all around the world.

With many more years of professional play, barring injury, his net worth is set to skyrocket over the coming years. Becoming the best goalkeeper in the world and setting the record for the most money spent on recruiting a goalkeeper is a hard act to maintain, but he does. David is shooting for the stars, nothing less.

What do you think about David de Gea’s net worth? Leave a comment below.