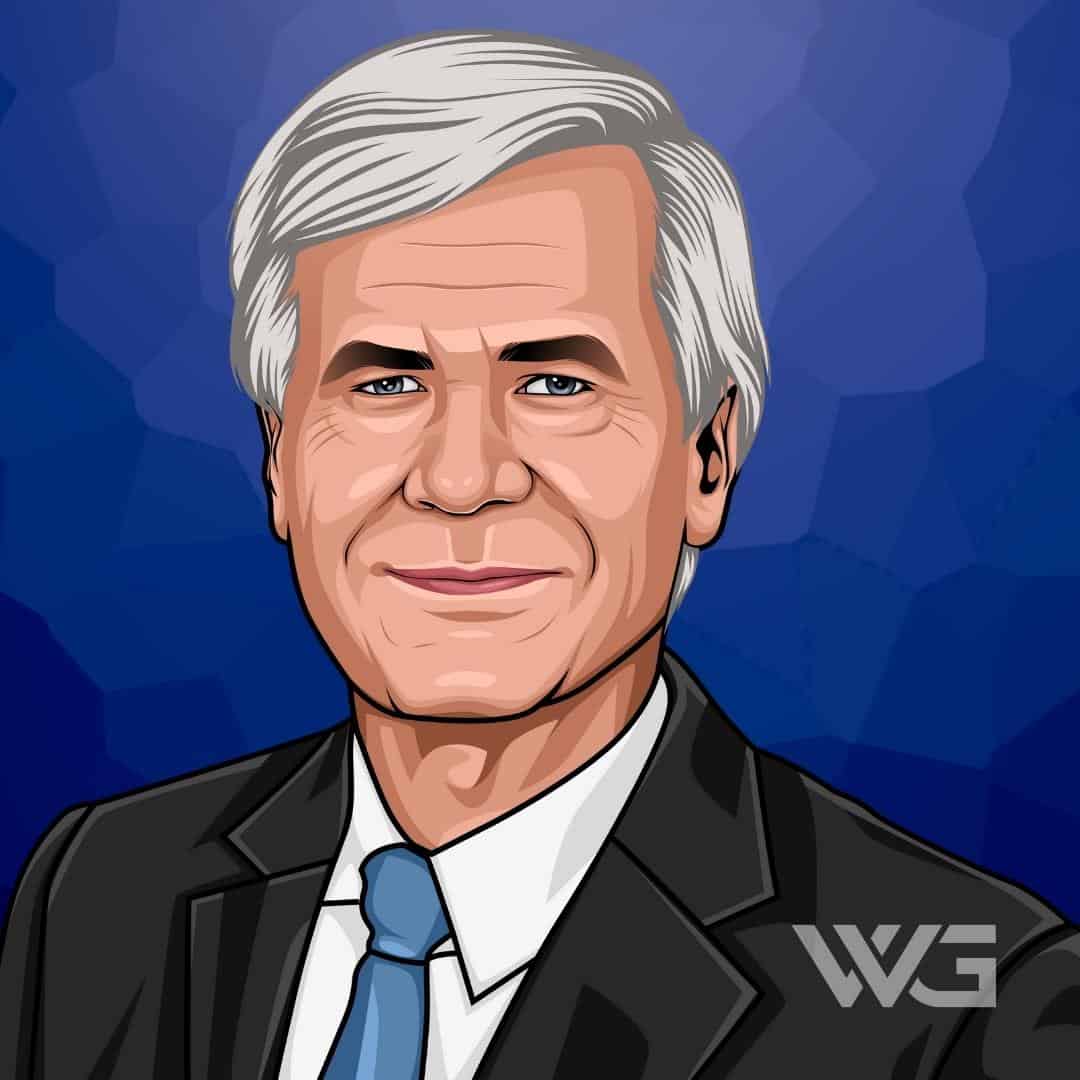 What is Dieter Schwarz’s net worth?

Dieter Schwarz is a well-known German businessman and multi-billionaire. He inherited his fortune from his father, who was the major shareholder and chairman of Schwarz-Gruppe.

The holding company owns various supermarkets and hypermarkets across Europe. The grocery store chain, Lidl and Kaufland, is the main profit driver for the group and is a recognized brand throughout Germany and the European Union.

The Schwarz Group was founded by Dieter’s father, Josef, in 1930. There are now over half a million employees spread across almost 13,000 stores. The company was passed down to Dieter after the death of his father and is now the largest food retailer in Europe.

As of February 2023, Dieter Schwarz’s net worth is estimated to be $27 Billion.

Dieter Schwarz was born on 24 September 1939, in Heilbronn, Germany. His father was a world-renowned businessman who founded the company after joining Lidl & Schwarz KG as a shareholder in 1930.

Dieter was born during the Second World War. Because of the wartime air raids, his family was constantly relocating to avoid the allies’ bombs.

After the war, the Schwarz family business was rebuilt, and Josef went on to head one of the richest families in the whole of Europe for over 70 years. Ever since the beginning, Dieter has been involved in some way with the family business from early on.

His father knew that he would make an excellent steward of his empire and groomed him to lead before he inherited the company.

In 1973, Dieter opened his first Lidl store. He went on to inherit the company and became CEO soon after the unfortunate death of his father.

Once he was in charge, Dieter set about his expansion plans. The timing was excellent as the retail marketing sector in Germany was on the rise.

With an eye on the future, Dieter sold shares of Lidl to a charity foundation. This decision affected his position on the list of the richest men in Germany and he slipped off the radar.

But, with his control over the Dieter Schwarz foundation secure, he converted it to charitable purposes, thus avoiding huge corporate taxes while doing some good at the same time.

The Schwarz Group has set its eyes on foreign investment, entering the U.S. market in 2017. There are currently stores based in Virginia as well as North and South Carolina.

Today, Lidl has a total of 10 000 stores spread throughout Europe.

The assets of his company are controlled by Dieter, through Dieter Schwarz Stiftung. To protect the company’s long-term survival, Dieter gave Hermann-Josef Hoffman power of attorney over the company in 1999.

Due to Stiftung’s tax-exempt status and flexibility of the legal structures, the value of Lidl and Kaufland are included in Schwarz’s family net worth.

While he may not make the top 20 richest people in the world, he’s not far off this list being richer than David Thomson, Phil Knight, and Jack Ma, the Alibaba Group founder.

Due to Dieter’s expansion strategy, you can now find supermarket and hypermarket chains across 33 countries with a total of more than 12,900 stores, with more added each year.

Despite being retired, Dieter Schwarz’s shareholdings and investments secured his position as one of Germany’s richest men.

With 50 years of retail experience and the job of heading an international firm, Dieter’s earnings are stupendously high. So high, in fact, that it will secure his position as one of Europe’s richest men until he dies.

Dieter is now in his eighties and retired. However, while he is not actively involved in his family business any longer, he still receives income from his trust, investments, and other business interests.

It is estimated that Dieter Schwarz earns a total salary of over $2 billion annually.

The secretive German businessman has spent the last 50 years creating a retailing empire that places him as the 3rd wealthiest German tycoon. After stepping down from actively managing his family holdings, he arranged his financial affairs to ensure that the family would remain fantastically wealthy, no matter what happens.

Here’s a breakdown of Dieter Schwarz’s annual net worth:

Dieter Schwarz is extremely private about his personal life. There are a total of 3 photos of him available to the public, with one of the photos being in black and white.

He is almost impossible to get hold of, with Dieter refusing to entertain any interviews at all. This makes it incredibly difficult to ascertain his true wealth as well as glean any information about his interests and hobbies.

He may own some of the most expensive cars in the world, but no one can say for sure.

Dieter is currently married to Franziska Weipert. They have enjoyed more than 50 years together and appear to still be deeply in love with one another. They currently reside in a mansion in Heilbronn, Germany.

The couple are reported to have two daughters, Regine Schwarz and Monika Schwarz, but little is known about them, as their privacy is tightly guarded.

Dieter Schwarz shuns the limelight, with his focus always firmly on his business interests. However, his companies regularly receive praise for their innovative business practices and good corporate governance.

Here are some highlights from Dieter Schwarz’s career:

How Does Dieter Schwarz Spend His Money?

Dieter Schwarz is a charitable man and is known to dig deep into his pockets in the name of philanthropy.

As of April 2022, it has been revealed that Dieter Schwarz invested large amounts of money into improving his hometown of Heilbronn. He wants to give back to his city by improving the educational institutions and you can find construction all around Heilbronn that bears testimony to this goal.

He is concerned about the moral fabric of society and gives generously to churches, especially for refurbishments and renovations.

According to a local German magazine, he has a real estate portfolio with a net worth of $4 billion.

As a young man who was groomed to take over a successful retail brand, it was almost inevitable that Dieter Schwarz would make a success of his career.

However, it takes both business acumen and entrepreneurial flair to build the retail empire that he has managed to put together.

Here are some of the best highlights of Dieter Schwarz’s career:

Outside of his business dealings, Dieter Schwarz avoids the press and is seldom quoted on any non-business matters. He keeps his feelings and opinions to himself, preferring to let his actions speak for him.

Here are our favorite quotes from Dieter Schwarz:

Like all great businessmen, Dieter Schwarz leads from the front. And you won’t see him appearing in the best entrepreneur biographies of millionaires, as he’s too private for that.

He was lucky in the sense that he inherited enormous wealth, but not only did he hold on to it, he increased it many times over.

His staff is intensely loyal though, which stems from Dieter’s inherent goodness and concern for humanity. A look at his foundation shows his concern for the environment, the education of the next generation, and strong family values.

The Schwarz Group will continue to grow throughout the world, as Dieter has always aimed at expanding the company. Dieter is not concerned with small projects. If it’s worth doing, it’s worth doing big.

2. Balance Your Work Life With Your Home Life

Show yourself to the world through your work, but keep your personal life personal. Dieter knows that the best thing for a businessman is to avoid combining work and home life. He has gone to extraordinary lengths to ensure that both aspects of his life remain separate.

Despite being one of the wealthiest men in the world, he does not discuss his wealth or his private life. He has previously turned down any interviews that focused on his wealth or personal life.

Dieter has created a company that is successfully navigating the new millennium. His succession plan is sound, resulting in the company’s growth even after his retirement. He has achieved the “dream” and has made enough money for his future generations.

Selflessly, he has used his money for nothing but good, helping those in need and improving the environment.

He was groomed to take over the company at an early age.  This allowed him to build a retail empire that spanned continents. In his retirement, he keeps an eye on the Schwarz Foundation, which continues to invest in educational institutions around the world as well as funding critical science and research projects.

As of February 2023, Dieter Schwarz’s net worth is estimated to be $27 Billion.

What do you think about Dieter Schwarz’s net worth? Leave a comment below.

Dan Henderson had a record-setting career with multiple titles before retiring as the oldest, and one of the richest, fighters in the UFC.