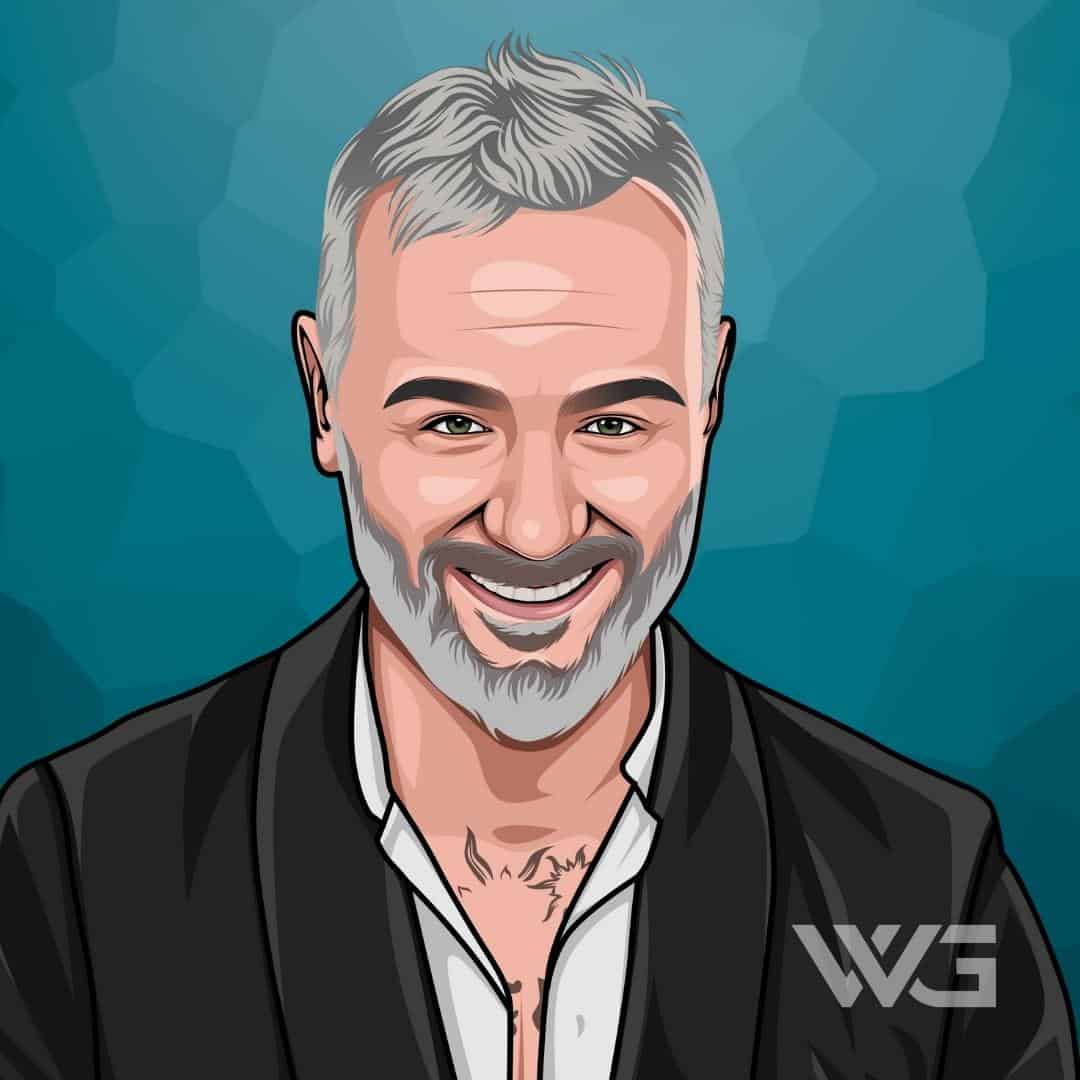 What is Gianluca Vacchi’s net worth?

Gianluca has always had an eye for business and, ever since his youth, has been involved in buying and selling stocks. His big break came when he was appointed as a non-executive director of the family business, IMA Group.

Not content to just run one company, he founded the company Toywatch, which, during its first year of operation, grew rapidly to multiple millions in turnover.

As of November 2022, Gianluca Vacchi’s net worth is estimated to be $200 Million.

His father, Marco Vacchi, started as the president of the Bank of Bologna but, later on, became a member of the Board of Directors for the IMA Group.

Gianluca lived a playboy lifestyle, developing a small following on social media by poking fun at his life, unaware that he’d attract more than 14 million followers.

From the age of seven, Gianluca was passionate about music and started learning how to play the piano with the help of his grandmother. On leaving school, Gianluca attended the University of Bologna, obtaining his degree in Economics and Business in 1993.

After university, he helped out with the family business when needed, but also engaged in a variety of activities aimed at producing content for his social media accounts. Gianluca’s official Instagram account has tens of millions of followers and the Italian media call him the King of Social.

Gianluca joined the IMA Group (Industria Macchine Automatiche Group) at the age of 25 and, with his cousin Alberto, they took the business public, raising a huge amount of capital while still maintaining a large ownership stake.

From the beginning, the business grew exceptionally fast, reaching $1 billion in annual revenue and over $100 million in profit per year. The IMA Group is a holding company with several subsidiary companies, one of which is Cofiva, in which Gianluca holds a 50% stake.

Gianluca serves on the IMA’s board of directors while his father is the company’s honorary Chairman and his cousin is the president and CEO. The IMA Group specializes in the processing and packaging of food, tea, cosmetics, and pharmaceuticals, having an interest in many industries in Italy and abroad.

In 2006, Gianluca founded the watch company, Toy Watch, which sold some of the most expensive watches in the world through outlets across Europe. During the first year, the company grew impressively and was sold to a third party.

Gianluca next founded a travel and tourism company, Last Minute Tour, which he grew to a value of multiple millions before he sold it.

2013 kicked off his DJ career, which you can follow on his official website, where he posts interesting photos and videos of himself.

He became a viral sensation after he posted a sensational video of himself dancing with his former girlfriend, Giorgia Gabriele.

Not satisfied with what he had achieved, he entered the world of writing and published a book in 2016 titled #Enjoy.

He’s been described as the most interesting man in the world for sharing his luxurious lifestyle and outrageous exploits online.

He often posts glimpses of his lifestyle on the internet accompanied by celebrities, like Marc Anthony, Cristiano Ronaldo, Zac Efron and showing off his private jet and exotic vacations.

It is believed that Gianluca Vacchi earns a salary of over $14.5 million annually.

With his hugely successful career as a DJ, Gianluca went on to perform all over the world with top artists like Jennifer Lopez and other celebrities .

He currently has over 20 million followers on Instagram and continues to earn a fortune through his large stake in IMA.

Adding to his already substantial wealth, Gianluca released his first song, Viento, under his own label, where it generated more than 27 million views on Youtube.

He released three other songs and had several tours all around the world as well as working in famous clubs such as Amnesia Ibiza, and Sutton Barcelona, all adding to his already massive income.

Here’s a breakdown of Gianluca Vacchi’s annual net worth:

With his passion for making money, we do not doubt that Gianluca will continue to hit the headlines with new business ventures and massive earnings.

Gianluca has earned a reputation for being a playboy in the past, but has finally settled down with Sharon Fonseca.

Sharon is a model who is half the age of Gianluca and the couple has a daughter named Blu Jerusalema Vacchi, who was unfortunately born with a cleft palate.

Not one to miss an opportunity to do some good, Gianluca used his family tragedy to spread awareness through his social media for the charity, Operation Smile, which helps those who cannot afford surgery to fix a cleft palate.

Gianluca has always been in the spotlight and it is little wonder that he managed to secure the top spot of celebrity titles.

It’s also helped that he is rather good at what he does, whether it’s DJ’ing at high profile parties or publishing his books.

Here are some of the more memorable moments from Gianluca Vacchi’s career:

With Gianluca’s wide range of interests and talents, we look forward to what he will do next in his fascinating life.

How Does Gianluca Vacchi Spend His Money?

Gianluca is a man who is used to the very best that life has to offer and purchased the “Sunrise to Sunset Penthouse” for $7.5 million in 2015.

With his business and family priorities changing, he purchased a home on Sunset Islands in Miami Beach for $24.5 million.

In keeping with his Italian heritage, Gianluca is also the owner of a huge estate in his hometown of Bologna.

After the birth of his daughter and due to her medical difficulties, Gianluca became a big supporter of the Operation Smile charity. He made a huge donation to this foundation as soon as his daughter was born with a cleft palate.

He wouldn’t be a true Italian if he didn’t love cars, and he doesn’t disappoint us with his stable of the most expensive cars in the world which includes a Ferrari, of course.

Apart from traditional business, Gianluca loves the limelight, and this is reflected in his self-promotion and choice of career.

By focusing on his playboy lifestyle, he provides and aspirational model for young men and women who wish to extract the best from life.

Here are some of the best highlights of Gianluca Vacchi’s career:

With his focus on his family and his singing and DJ business, we’re certain Gianluca will remain in the public eye for many years to come.

The flamboyant millionaire is never at a loss for words, so we’ve selected some of his more memorable wisdom.

Gianluca focusses on the present moment, not spending too much time worrying about what happened yesterday and not making a big deal out of what tomorrow brings.

Here are our favorite quotes from Gianluca Vacchi:

Gianluca Vacchi may have been born into wealth, but he is an entrepreneurially minded businessman who is more than capable of creating enormous wealth on his own.

1. Focus On Your Growth

Yes, having a company is great, but like Gianluca, focusing on your growth rather than wasting your efforts on other people will benefit you more in the long run.

2. Work Hard So You Can Live Your Dream

After many years of hard work within his business, Gianluca eventually had the finances and time to pursue his other passions and dreams.

3. Do It Today And Not Tomorrow

Putting things off may feel all right now, but it won’t help, as we will get stuck in a procrastinating cycle. You may feel tired, not wanting to do it now, but you will feel the same way tomorrow, so why not rather get it over and done with today?

Gianluca may have inherited a multi-million-dollar business, but he still had to put a lot of work into achieving what he has today. With his side businesses and various other interests, he was able to achieve the luxurious lifestyle, of a true playboy.

Being a social media influencer and inspiring people through the internet, Gianluca has become a world-famous celebrity.

As of November 2022, Gianluca Vacchi’s net worth is estimated to be $200 Million.

What do you think about Gianluca Vacchi’s net worth? Leave a comment below.