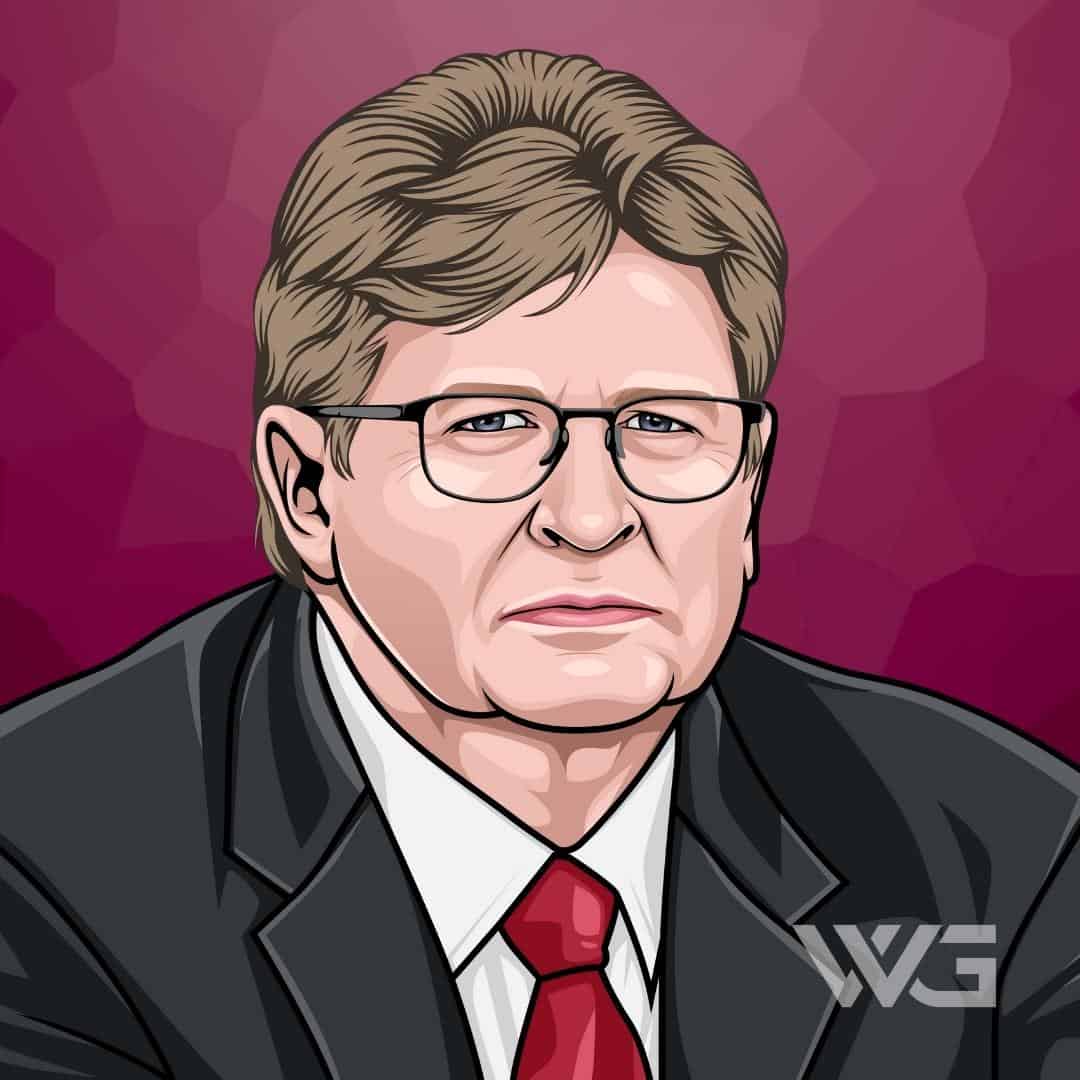 What is Germán Larrea Mota-Velasco’s net worth?

German Larrea Moto-Velasco is the CEO and shareholder of one of the largest mining corporations in the whole of Mexico. He owns 51% of the group, which operates 13 mines and 10 more that are still being explored in Mexico.

Larrea has been caught up in many scandals with environmentalists because of the mining practices of his companies and many projects have been canceled in the past due to anti-mining protests.

This is understandable given the devastation caused by the spillage in 2014 that gave the company’s reputation a bloody nose.

As of November 2022, Germán Larrea Mota-Velasco’s net worth is estimated to be $10 Billion.

There is not much information on Larrea’s youth due to the family’s secrecy and the lack of records from that era in Mexico’s history.

What is known, is that his father, Jorge Larrea Ortega, and his mother, Sara Mota de Larrea, brought him up in a religious home.

Larrea attended Janus University where he earned a bachelor’s in business administration and also received a certificate for a Global Leadership Program at Thunderbird School of Global Management.

Larrea is the CEO of Grupo Mexico, having been a director since 1981 before being appointed to the top spot in 1994. He became chairman, president, and CEO of the company in 1994 when his father finally handed over the reins to the company.

Keeping the business tightly in the family’s hands, the other portion of the family business is owned by his mother, Sara Mota de Larrea.

In 1991, he served as the chairman of Southern Copper Corporation and worked his way up to CEO and director in 1999. He has gone on to become the CEO of various companies including, Grupo Ferroviario Mexicano in 1997, Empresarios Industriales de Mexico, and Fondo Inmobillario in 1992, as well as Compania Perforadora and Mexico Companie Constructora.

He founded a printing and publishing company, Grupo Impresa, which he sold in 1989. Since then, he has become a director of Banco Nacional de Mexico, which forms a part of Grupo Financiero Banamex, Grupo Televisa, and Consejo Mexicano de Hambres de Negocios.

Larrea has held the positions of chairman, CEO, and President of Grupo Mexico for over 25 years, and because of his leadership and business skills, the company expanded into the infrastructure and rail transport sectors.

Grupo Mexico has gone on to become one of the most successful mining and logistics companies within the Western Hemisphere under Larrea’s leadership. The company has also expanded its operations to the U.S and Peru during this time.

Larrea took the business his father passed on to him and successfully created an empire within the mining industry.

Exact figures are hard to come by as the family is extremely secretive about their earnings. However, based on the figures available, we can estimate just how much Larrea earns.

Based on his annual income, Germán Larrea Mota-Velasco is one of the richest men in the world.

As the business grew, so did Germán Larrea Mota-Velasco’s wealth, due to his majority shareholding in the company.

Here’s a breakdown of Germán Larrea Mota-Velasco’s annual net worth:

With the surge in metal prices in recent years and the increased demand for copper and other industrial raw materials, German Larrea will continue to increase his wealth over the coming decades.

Larrea is married but there is not much known about his wife because of his reputation for being a recluse.

There are no records of any children and he lives his life privately whilst visiting the race track from time to time. His investment in a stud farm where he breeds champion horses is one of the very few public insights into his private life.

Germán Larrea Mota-Velasco does not seek the limelight and hides from media scrutiny as much as possible.

However, given the size of his companies and the impact his business has on Mexico, it isn’t surprising that he generates huge interest in the media.

Here are some of the more memorable moments from Germán Larrea Mota-Velasco’s career:

While we are sure that he will continue to be the driving force behind the company’s success, it is unlikely that we’ll hear much about it in the media.

How Does Germán Larrea Mota-Velasco Spend His Money?

Larrea owns properties around the world and listed his Ritz-Carlton condo for $8 million in 2019.

He spends money on his travels between Mexico City and Italy for business and family reasons, but shies away from spending his money ostentatiously.

With most of his investments being in mining, there is not much information on his other interests other than that he owns St. George Stable, where he breeds champion race horses.

Due to the threat of kidnapping in Mexico, he cannot drive the most expensive cars in the world and must be satisfied with just owning and being driven around in them.

Under his astute leadership, Larrea expanded his company and brought in new sources of revenue to bolster the core business.

He is also concerned about the impact his business has on local residents, making sure that there is money to compensate them for damages his company may cause.

Here are some of the best highlights of Germán Larrea Mota-Velasco’s career:

With business booming, Larrea’s companies are riding the crest of a wave in upward trending commodity prices and increased worldwide demand for raw materials.

This will ensure that his shareholding will continue to increase in value and that his family fortune will increase for the foreseeable future.

Despite his investments in mining that are notorious for destroying natural habitats, Larrea is concerned about the future of the areas in which he mines.

However, he is also adamant that his employees are well-compensated for their work and that the surrounding communities benefit from the natural resources around them.

Here are our favorite quotes from Germán Larrea Mota-Velasco:

Germán Larrea Mota-Velasco is an astute and experienced businessman with extremely well-developed management skills and insight.

1. Life’s Better If You Keep It Private

Even with his tremendous amount of wealth, there is still very little about Larrea available to the media and general public. Because of this, it is said that Larrea almost finds it amusing that he can go anywhere and not be recognized as one of the wealthiest men in the world.

2. Work Hard And You Will Succeed

Larrea was able to work his way up to CEO in multiple companies in a short period, which shows the amount of hard work he put into his career to get to where he is today.

3. Always Care For Your Fellow Employees

Unfortunately, there is a huge difference between the wages for miners in Mexico compared to the USA, so Larrea has been working hard to correct this and make the situation better.

Larrea currently spends his life between Mexico City and Italy, where he travels with his family and lives a luxurious lifestyle while being unnoticed by the media due to his wish for privacy.

His business acumen is legendary and his wealth will continue to increase so long as he is at the helm of his business empire.

As of November 2022, Germán Larrea Mota-Velasco’s net worth is estimated to be $10 Billion.

What do you think about Germán Larrea Mota-Velasco’s net worth? Leave a comment below.