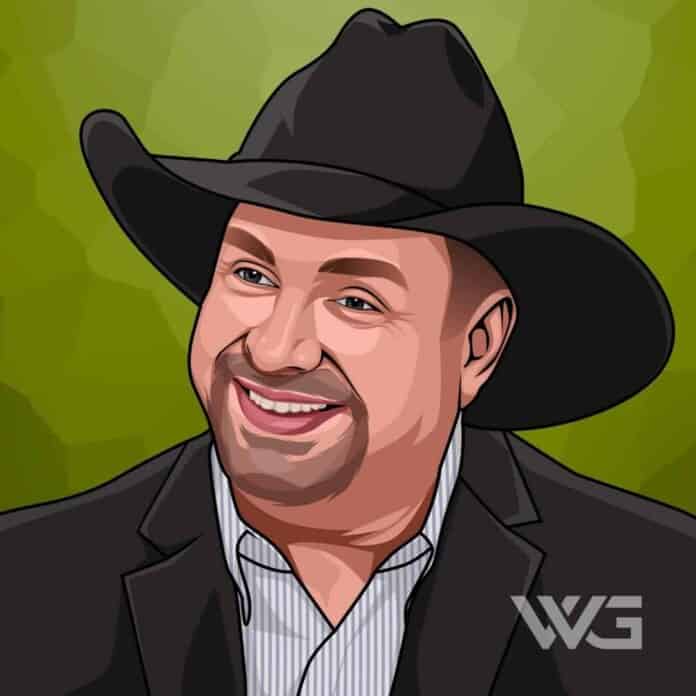 What is Garth Brooks’ net worth?

Garth Brooks is an American singer and songwriter from Tulsa, Oklahoma.

Brooks has had great success on the country single and album charts, with multi-platinum recordings and record-breaking live performances, while also crossing over into the mainstream pop arena.

Garth Brook was born on the 7th of February, 1962, in Tulsa, Oklahoma. Since, his family, especially his mother was a music enthusiast; he learned to play guitar and banjo at an early age.

He was good at football, baseball, and athletics in high school and even earned a scholarship in track to Oklahoma State University in Stillwater, from where he graduated in 1984.

In 1989, Brooks released his self-titled debut album, which went on to become a huge success. The album soon hit the US country album chart instantly and peaked at no. 13 on the Billboard 200.

His second album ‘No Fences’ released in 1990, was also a major hit and occupied no. 1 spot on the Billboard country music chart for several weeks.

In 1992, he released his fourth album ‘The Chase’ whose first single was the gospel-country-rock hybrid ‘We Shall Be Free’. The song was co-written by him during the race riots in Los Angeles.

It was followed by ‘Fresh Horses’ in 1995, from which the song ‘She’s Every Woman’ reached the top-10 in the Billboard Country Chart.

He released his seventh studio album ‘Sevens’ in 1997 and after a brief experiment in filmmaking and other projects, he announced his retirement in 2000.

After a long break, he announced his return to performance and recording in 2009.

Here are some of the best highlights of Garth Brooks’ career:

“If you want to know how important Portland is to me, there’s no Saturday night gigs here. They weren’t available. So our whole thing coming into Portland, which is going to be different from anybody else, any other city, is every night is Saturday night.” – Garth Brooks

“Mistakes don’t scare me or bother me. If I feel like I made the same mistake twice, then I feel like I’ve really screwed up. But if I make one mistake and learn from it, hey, to me in the game of life it’s just as important to know what doesn’t work as what does. So I think mistakes are a good thing.” – Garth Brooks

“Any pitcher who might throw at me should know I’m not giving up my day job or trying to get anyone else’s job. I just can’t think of anything cooler than being one of the boys of summer!” – Garth Brooks

“Passion is what convinced armies that had no chance to win – it’s believing that something can happen. Reality is what you make it be. And when you’re the only one who can see the way the future is going to be, you can be the tool that bends, rips, shapes, and paints the future the way you want it to be. That’s true passion!” – Garth Brooks

Now that you know all about Garth Brooks’ net worth, and how he achieved success; let’s take a look at some of the lessons we can learn from him:

1. Sometimes the Best Friends Are the Ones In Low Places

No matter the situation, friends who aren’t out to impress everyone are some of the best there are.

You’re not afraid to be yourself around them and you never, under any circumstance, have to worry about their loyalty to you. As a man, you should find that group of friends who support you for who you are.

2. Stand Straight, Walk Proud and Have a Little Faith

No matter the circumstance, it’s important for us all to be proud of what we’ve accomplished and where we are, but to know that we’ve got a lot of room to grow and no matter what happens, we have to continue to push to be better.

3. Find the Right One

We’ve all had that girl who has made us weak in the knees and sick in the stomach. “Shameless” is a whole song about the strongest of strong feelings for another.

Brooks taught us that we don’t always have to care what others think, but instead just do what we feel is right.

How much is Garth Brooks worth?

Garth Brooks’ net worth is estimated to be $400 Million.

How old is Garth Brooks?

How tall is Garth Brooks?

Garth Brooks is one of the most popular artists of today, who has broken several records in the music industry in terms of album sales. Almost all of his albums reached the top 10 charts and his records have sold in millions.

As of February 2023, Garth Brooks’ net worth is estimated to be roughly $400 Million.

What do you think about Garth Brooks’ net worth? Leave a comment below.