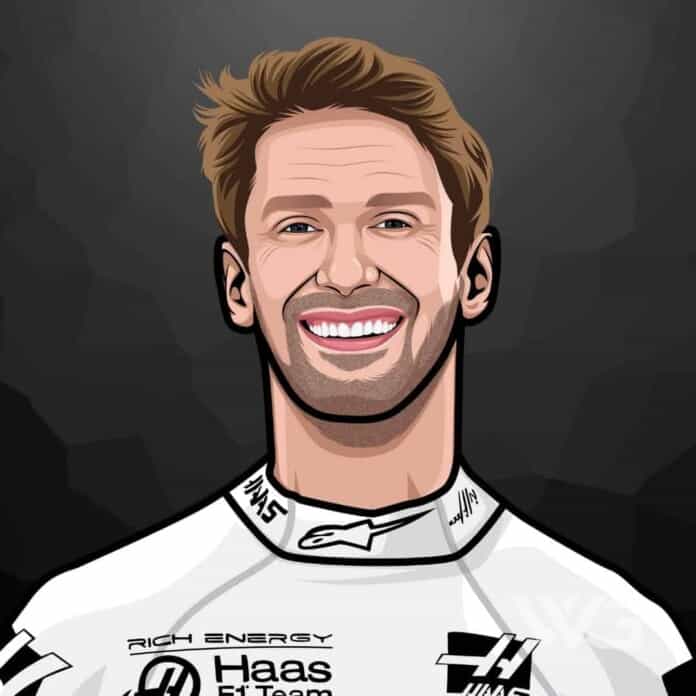 What is Romain Grosjean’s net worth?

Romain Grosjean is a racing driver. Grosjean drives with French-Swiss nationality who raced under the French flag for the Haas F1 Team.

He dominated the 2005 French Formula Renault championship at his first attempt. He joined the Renault young driver program, and he was the Formula 3 Euro Series champion in 2007.

In 2009, he made his Formula One debut for Renault.

Grosjean won ten rounds of the Formula Lista Junior championship in 2003. He moved to the French Formula Renault championship for 2004. The following year, he was 7th in that first season with one win and was champion in 2005 with ten victories.

Grosjean collected championships, and numerous race wins as he ascended Europe’s open-wheel racing ladder. His talents have continued to impress, with him joining Haas F1 Team in 2016.

During the 2003 season, he marked his first open-wheel racing after starting his karting career in 2000. He graduated to the French-based Formula Renault 2.0 Championship, earning one win in 2004 before launching another championship assault in 2005.

He raced for two-time GP2 Series champions ART Grand Prix. In 2008 he had four victories from five double-header rounds. He would go on to score two regular-season GP2 wins en-route.

In 2012, Grosjean returned to Formula One with the Lotus F1 Team. He took his first Formula One podium at the Bahrain Grand Prix the same year. He became the first driver since 1994 to receive a race ban.

The following year, he remained with Lotus taking six podiums. He moved to Haas from 2016 to 2020. In 2020, he survived a dramatic crash during the 2020 Bahrain Grand Prix when his car separated in two and caught fire. Grosjean sustained minor burns. He is due to race in the US-based IndyCar Series for the 2021 season.

How Does Romain Grosjean Spend His Money?

Romain Grosjean loves cars, and his big passion has always been to race. He owns many luxury cars, and he also owns a home in Geneva where he lives with his family.

Grosjean owns a home in Geneva.

There’s no doubt that Roman Grosjean loves cars. His car collection includes a Jaguar XF, a Mercedes-Benz SLS AMG, and a Ford GT.

Here are some of the best highlights of Romain Grosjean’s career:

“Our regular fitness program means that the race lasting longer than others should not be a problem, but something you have to prepare for in Singapore is ensuring you always keep well-hydrated, as the heat and humidity can easily dehydrate you.” – Romain Grosjean

“If I had to pick favorite parts of Interlagos, I would say the first and last corners. The first corner is really technical and punishes you if you get it wrong, while the last corner is so fast and really puts quite a strain on your body. As a driver, I really enjoy these corners.” – Romain Grosjean

“Tyre management has always been part of the qualifying strategy and the race itself. I don’t know about others; I know that I always push as much as I can to obtain the best result possible.” – Romain Grosjean

Now that you know all about Romain Grosjean’s net worth and how he achieved success; let’s take a look at some of the lessons we can learn from him

As a driver, you always want to be in the car getting as much experience as possible, especially when there’s something new like different tires.

As a driver, you want to race every lap possible, especially when you’ve got a good car.

How much is Romain Grosjean worth?

Romain Grosjean’s net worth is estimated to be $16 Million.

How old is Romain Grosjean?

How tall is Romain Grosjean?

Romain Grosjean is a French-Swiss racing driver who is best known for being an F1 driver who survived a devastating crash in 2020. He competed in the French Formula Renault series from 2004 to 2005.

What do you think about Romain Grosjean’s net worth? Leave a comment below.