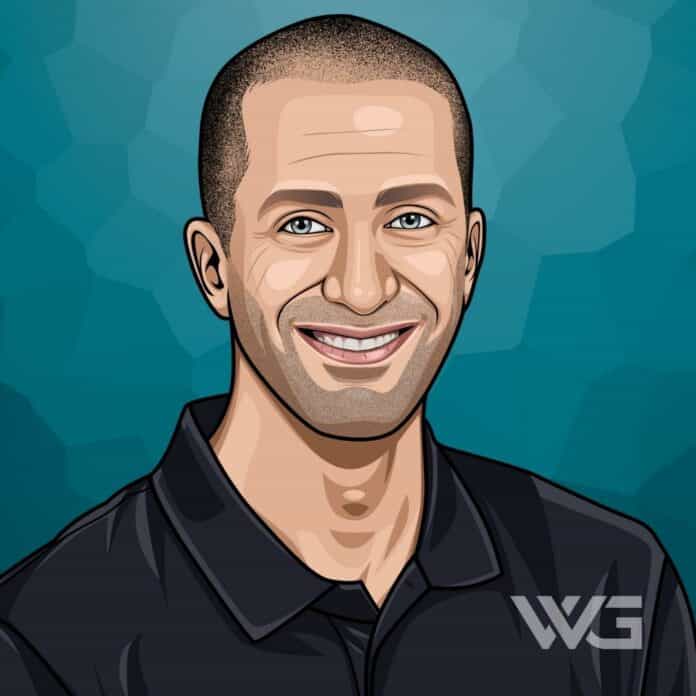 What is Geoff Ogilvy’s net worth?

Geoff Ogilvy is an Australian professional golfer and course designer who has won numerous international championships and trophies.

The winner of the 2006 U.S. Open, he’s won several PGA Tour titles and World Golf Championships, and is considered to be among the best golfers of his era,

Geoff Charles Ogilvy was born on 11 June, 1977, to his English-born father, Mike, and Australian-born mother Judy.

He was raised in Adelaide, Australia, and began playing golf from an early age through to the 1990s.

As an amateur, Ogilvy won several tournaments, including the 1995 Portsea Open Amateur and the 1996 German Amateur Open Championship.

In May 1998, Geoff Ogilvy turned professional, winning a European Tour card at that year’s qualifying school.

After joining the USA PGA Tour in 2001, he competed against some of the world’s best golfers and defeated Phil Mickelson to win the U.S. Open in 2006.

In 2008, he knocked out Jim Furyk, Vijay Singh, and Retief Goosen to win the WGC-CA Championship with a one-stroke margin of victory.

This made Ogilvy the first Australian professional golfer to win the Open since Steve Elkington achieved the same feat at the 1995 PGA Championship.

In 2019, he took aim at Tiger Woods in the build-up to the Presidents Cup, calling the iconic player “hit and miss” and saying Woods had lost his form.

In addition to prize money from golfing championships, Ogilvy’s net worth has been accentuated through his many brand endorsement deals.

This includes working with Puma, as well as the makers of the most expensive golf balls in the world, Titleist.

Since his career began in the late 1990s, Geoff Ogilvy has performed consistently, with a string of tournament victories over the following years.

This is reflected in his career earnings, which show a steady income of $1-2 million that reflect his cup wins and brand sponsorships.

While Geoff Ogilvy’s net worth falls short of the richest golfers in the world, it has nevertheless remained high over the course of his career.

His ten professional wins spread out over a decade’s worth of competitions have allowed his net worth to climb steadily.

Ogilvy’s move into golf course design and management ensures his net worth will remain high for the foreseeable future.

Geoff Ogilvy married his wife, Juli Ogilvy, in 2004, with whom he has three children, including a daughter named Phoebe and a son called Jasper.

Juli struggled with alcohol addiction due to the pressures of constantly traveling for golf tournaments, recovering after spending some time in rehab.

Geoff Ogilvy keeps his fans informed about his latest golfing activities through his official Instagram account, where he posts news and upcoming events.

Over the course of his career, Geoff Ogilvy has won many golfing tournaments and championships, beginning with three wins as an amateur.

One of a handful of Australian professional golfers to have won the U.S. Open, his legacy as a top-tier golfer is secure.

Here are some notable awards and achievements from Geoff Ogilvy’s career:

While Ogilvy has pulled back on competitive golfing in recent years, it’s likely he’s be inducted into the World Golf Hall of Fame for his services to the sport.

How Does Geoff Ogilvy Spend His Money?

Geoff Ogilvy might not have the same wealth as golfers such as Jack Nicklaus, but nevertheless, his wealth is still enough to afford many luxuries.

In 2018, he put his Scottsdale, Arizona home, featuring six bedrooms and a mountain backdrop, on the market for a cool $4.75 million.

Following the sale of the estate, he announced his intention to return to Australia with his wife and children.

Geoff Ogilvy’s career has seen the Australian professional golfer go from strength to strength and establish himself as a world-class sportsman.

His many trophies and championship wins have seen him competing at the highest level possible across each continent of the globe.

Here are some of the best highlights of Geoff Ogilvy’s career:

Ogivly’s career change into golf design and preservation means his impact on the sport will likely be felt for many years to come.

With his years of experience as a professional golfer and course designer, Geoff Ogilvy has many unique thoughts to share about golf.

He’s discussed his observations on the nature of tournaments and how to design a great course in many media interviews.

Here are our favorite quotes from Geoff Ogilvy:

Now that you know all about Geoff Ogilvy’s net worth, we’ll take a closer look at how his life and career can inspire us to excel in our own ambitions.

This includes how to share experiences with the next generation and leave a lasting legacy in your chosen profession.

Here are some of the best success lessons to learn from Geoff Ogilvy:

1. Support The Next Generation To Do Their Best

With his vast experience as a professional golfer, Ogilvy has been keen to share his insights with the next generation of golfing enthusiasts.

He set up the Geoff Ogilvy Foundation to support junior golfers throughout Australia.

2. Spread Your Expertise Across Multiple Domains

Ogilvy’s many hours spent on golf courses have given him a great deal of insight into what works and what doesn’t.

He’s taken this experience across to his course design and restoration services to help create a better golfing experience for other players.

After spending several years living in America, Ogilvy made the decision to return to Australia, so he could focus his attention on developing the sport in his home country.

So there you have it, our comprehensive guide to the tournament and cup victories that helped Australian professional golfer Geoff Ogilvy earn his net worth.

Ogilvy’s continuing work designing golf courses means his legacy will be felt over the coming years while further increasing his net worth.

To reflect the most accurate information, we’ll update this article in the future, so make sure you revisit it again for all the details.

What do you think about Geoff Ogilvy’s net worth? Leave a comment below.