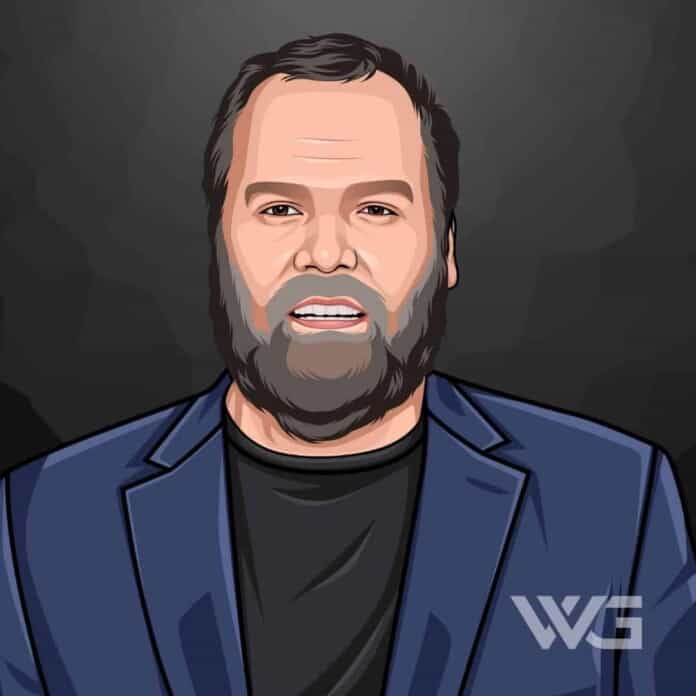 What is Vincent D’Onofrio’s net worth?

Vincent D’Onofrio is an American actor, producer, and director.

D’Onofrio is known for his supporting and leading roles in both television and film.

D’Onofrio has been nominated for a Primetime Emmy Award and two Saturn Awards after his performance in ‘Men in Black.’

His most notable movies include ‘Full Metal Jacket,’ ‘Men in Black,’ and ‘The Series.’

D’Onofrio is of Italian descent, and his parents were stationed in Hawaii with the US Air Force. He is the youngest of three siblings.

D’Onofrio was raised in Hawaii and Colorado during his early years. His parents divorced when he was young.

The family relocated to Hialeah, Florida. D’Onofrio has described himself as a “shy boy” growing up.

After moving to New York to pursue his acting career, he took the role of off-Broadway production, ‘This Property Is Condemned.’

He then appeared in several New York University student films. In 1984, he played Nick Rizzoli in ‘Open Admissions.’ Two years later, he landed the role in ‘Full Metal Jacket.’

During the 1990s, he appeared in nearly 30 films, including ‘JFK,’ ‘The Player’, and ‘The Whole Wide World,’ which he also produced.

He began starring as Robert Goren on ‘Law & Order: Criminal Intent’ in 2001, appearing in over 10 seasons.

He co-starred with Vince Vaughn and Jennifer Aniston in ‘The Break-Up,’ which brought in $205.7 million at the box office.

In recent years, he has starred on many television shows such as ‘Emerald City,’ ‘Ghost Wars,’ ‘Godfather of Harlem,’ and ‘Ratched.’

Here are some of the best highlights of Vincent D’Onofrio’s career:

“I guess I say this for younger actors out there: you have to be brave, and you have to be ready to fail, and that’s the only way you can be unique. So when a director is confident enough in what they’re doing, and they allow their actors to be brave and bring in stuff, the more likely it’s going to work out okay.” – Vincent D’Onofrio

“People who are extremely inside their head, like he was, are caught in a neurosis that goes round and round. Then something will hook them and take them to their end, and they can’t control it.” – Vincent D’Onofrio

“The thing about Marvel is that they’re not – they’re into real acting. They’re looking for artists that are willing to take chances and are willing to create characters. Even if that character has been around for years and years in comic books, they still are depending on us to create something and take it somewhere else.” – Vincent D’Onofrio

“I am a method actor, but I’m also a film actor as well as a method actor. Characters that don’t have humility, whether they are heroes or villains, are hard to relate to. All characters in every aspect of what we do should have humility. If they don’t, then they’re a cartoon character.” -Vincent D’Onofrio

“When I played Robert Howard in ‘The Whole Wide World’, I was struggling with it. There’s this dual thing where you feel real good about being able to play this juicy part, and then there’s a constant shame: ‘Who am I to pretend to know who this guy was? Who am I to represent this guy for people who never knew him?” – Vincent D’Onofrio

Now that you know all about Vincent D’Onofrio’s net worth and how he achieved success; let’s take a look at some of the lessons we can learn from him:

Acting is not a mystery. There’s nothing that D’Onofrio knows that other actors don’t know.

They all act, they are all actors, they all know the same thing. The only thing that separates actors is experience.

When you look at people, you should look at more than what you see on the surface; you should try to find a soul.

How much is Vincent D’Onofrio worth?

Vincent D’Onofrio’s net worth is estimated to be $14 Million.

How old is Vincent D’Onofrio?

How tall is Vincent D’Onofrio?

Vincent D’Onofrio is an American actor, director, and film producer.

D’Onofrio is often referred to as “The Human Chameleon.” He is best known for his role as Detective Robert Goren in the series ‘Law and Order: Criminal Intent.’

What do you think about Vincent D’Onofrio’s net worth? Leave a comment below.

Lonzo Ball is a National Basketball Association player for the Los Angeles Lakers and part of the Big Baller Brand.