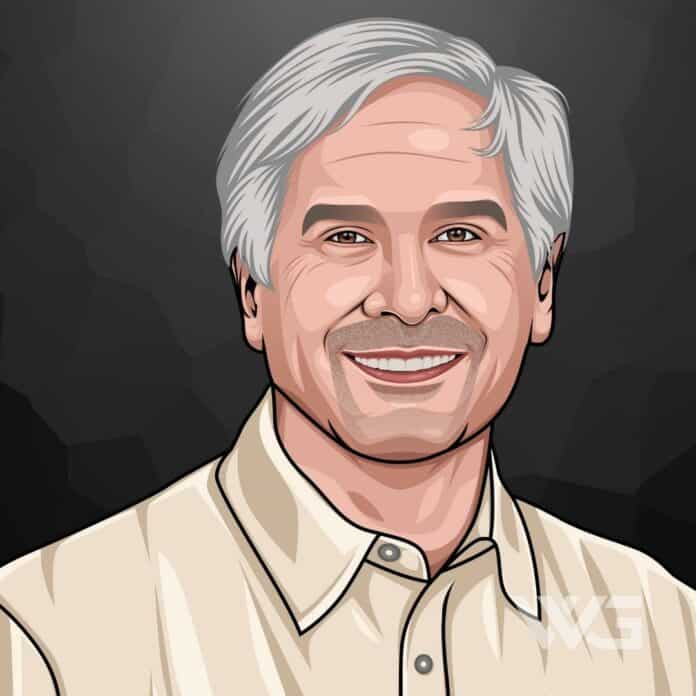 What is Fred Couples’ net worth?

Fred Couples is an American professional golfer who has competed in many championships and won fifteen overall PGA Tour tournaments.

His career has seen him move into course design, working on some of the most prestigious courses in America and around the world.

Frederick Steven Couples was born October 3, 1959, in Seattle, Washington, where he was raised by his mother, Violet, and his father Tom.

With his father working as a groundskeeper for the Seattle Parks Department, Fred grew up with access to the Jefferson Park golf course from an early age.

After graduating from O’Dea High School in 1977, Couples went to the University of Houston on a scholarship, joining the Houston Cougar’s men’s golf team.

He played golf as an amateur from the age of 19, winning the 1978 Washington Open before turning pro.

Fred Couples began his career as a professional golfer in the early 1980s, winning his first PGA Tour event at the Kemper Open in 1983.

In the following years, he won a total of fourteen PGA Tour titles and was named Player of the Year in 1991 and 1992.

As well as playing against some of the best golfers of his generation, including Phil Mickelson and Vijay Singh, Couples has also played for the United States Ryder Cup team on several occasions.

In 2007, while competing at the Masters, he matched the record previously held by Gary Player for consecutive appearances.

Back injuries in the mid-199os curtailed his playing ability, leading to a steady decline in his overall performance in the sport.

He then moved to golf course design, including working on the Lost Canyon Golf Course in Simi Valley, California.

Fred Couples’ many championships wins over the course of his career have increased his earnings over time.

As one of the richest golfers in the world, he has taken home anywhere between $100,000 and $700,000 for each tournament, with several wins each year.

His ongoing involvement in golf course design means his career earnings will continue to climb for the foreseeable future.

With multiple PGA Tour victories and other tournament wins to his name, Fred Couples has enjoyed ongoing growth in his overall net worth.

This growth reached its peak in the mid-1990s when a back injury forced him to reconsider his profession.

However, investments in real estate and other business ventures have helped Couples maintain a steady net worth growth in recent years.

Fred Couples met his first wife, Deborah Couples while studying at the University of Houston in 1979, with the couple divorced in 1993.

He’s known for his close friendship with Michael Jordan, naming him as one of his assistant coaches for the 2011 Presidents Cup.

Fred Couples has won many national and international golfing tournaments over the years, with the early 1990s marking the peak of his career.

As one of the richest athletes in the world, he’s been inducted into some of golf’s most prestigious halls of fame.

Here are some of the awards and accolades from Fred Couples’ career:

His continued involvement in golf course design means Couples will continue to impact the sport in the years to come.

How Does Fred Couples Spend His Money?

While Fred Couples might not have had the same success as Jack Nicklaus, he’s still managed to accumulate a truly impressive net worth over the years.

His spending habits are relatively subdued compared to other sporting stars, with Couples choosing to drive a Jaguar XJ over expensive sportscars.

Couples has also invested in real estate, with his five-bedroom home in California selling for $3.25 million in 2020.

Fred Couples has many decades of experience both as a professional golfer and a golf course designer, with many notable high points during this time.

In addition to his impressive 64 professional wins, he’s helped to take golf course design to the next level.

Here are some of the best highlights of Fred Couples’ career:

His continuing contributions to golf as a designer and influencer mean we can hope to see more great highlights in the future.

Over the course of many interviews with the sporting press, Fred Couples has offered his unique insight into his life as a professional golfer.

This ranges from his understanding of how the media perceives him to how fortunate he feels he is for the life he leads.

Here are our favorite quotes from Fred Couples:

Now that you know all about Fred Couples’ net worth, we’ll dip into some of the incredible life lessons we can learn from his life and experiences.

His dedication to his sport and his family can help everyone improve their lives in various ways.

Here are some of the best success lessons to learn from Fred Couples:

When Fred Couples suffered from back injuries, it could easily have marked the end of his professional golfing career.

While his game did start to suffer, he was sensible enough to know he needed a new income source, so he established his golf design company.

If you have money to invest, you should always diversify your investment portfolio rather than putting all of your eggs in one basket.

Couples has purchased multiple properties and invested in several businesses, so he’s unlikely to go bankrupt any time soon.

3. Try To Use Your Brain As Well As Your Brawn

Professional golfers know more about courses than anyone else, making them the ideal candidate for becoming a designer and bringing their ideas into reality.

So there you have it, our overview of the net worth of American professional golfer Fred Couples, exploring the championships that helped make him a golfing icon.

He continues to work on designs for some of America’s most prestigious golf courses and other lucrative business ventures.

Since his entrepreneurial activities and businesses continue to add to his net worth, we’ll be updating this article in the future to ensure it features the latest figures.

What do you think about Fred Couples’ net worth? Leave a comment below.