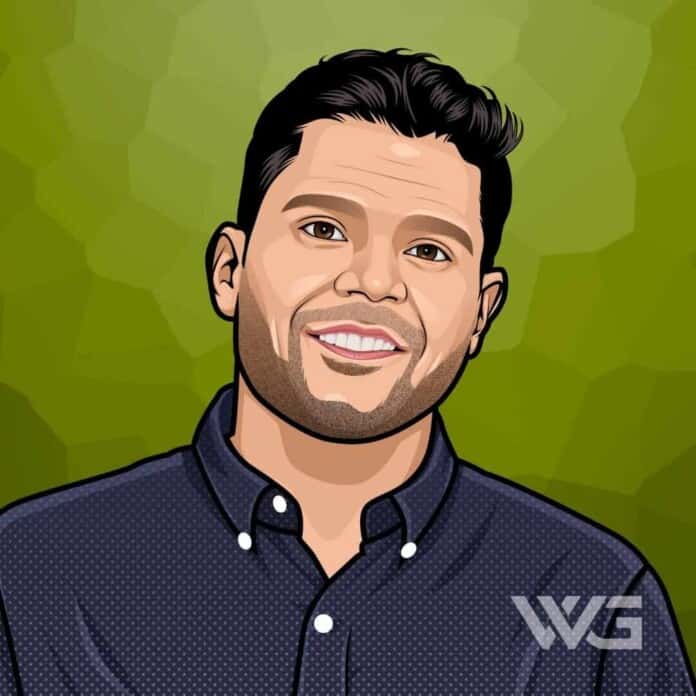 What is Jerry Ferrara’s net worth?

Jerry Ferrara is an American actor.

Ferrara is best known for his role as Turtle on the HBO comedy series ‘Entourage.’ He has also starred on the Starz drama series ‘Power’ as Joe Proctor.

He was inspired by a teacher to pursue a career in acting while studying theater in college.

In 2000, he made his professional acting debut in one episode of ‘The King of Queens.’

Jerry Charles Ferrara was born on the 25th of November, 1979, in New York.

Ferrara was raised in Bensonhurst. He is of Italian descent. He graduated from New Utrecht High School.

Ferrara started to study theater in college, where he was inspired by a teacher to pursue a career in acting.

He rose to fame when he met an agent that encouraged him to move to Los Angeles, where he quickly landed his first role on ‘The King of Queens.’ Other television parts soon followed. Jerry was then cast in the independent feature ‘Cross Bronx.’

Ferrara rose to fame on the sitcom ‘The King of Queen.’ Other TV parts followed, and in a short period of time, Jerry was cast in the independent feature Cross Bronx, which saw its premiere at the 2004 Tribeca Film Festival.

The same year, Ferrara landed the role to make him a big star on HBO’s hit series ‘Entourage. More recently, he has appeared in regular roles on the shows ‘Power’ and ‘Shooter.’

During his eight seasons as the lead star on ‘Entourage, he earned $11 million. During the early seasons, he earned $15-20,000 per episode.

Aside from his screen performances, he is the co-founder of Fat Sal’s deli in Westwood, Los Angeles. Once overweight, he has eventually lost weight by trading burgers and fries for tofu, fresh organic fruit, and vegetables.

How Does Jerry Ferrara Spend His Money?

Here are some of the best highlights of Jerry Ferrara’s career:

“‘The Sopranos,’ for instance, is arguably the best cable show of all time. They could have made a movie, but that show ended so perfectly, it would almost be a disadvantage to make a movie like that. Then again, if you made a ‘Sopranos’ movie, people would be lined around the block to go see it.” – Jerry Ferrara

“I got on the scale,, and I weighed around 203. I’m only 5’7. I was about to turn 30, and I wasn’t active anymore. So I started working with a nutritionist and a trainer. I played basketball twice a week. And soon, it all just became a habit for me. I became addicted to something good for a change.” – Jerry Ferrara

“My biggest pet peeve are just girls who go to sports bars who have no intention of caring what teams are playing like they’re looking for just a night out. That drives me crazier than anything else. Like, don’t pretend to be a sports fan.” – Jerry Ferrara

“If you want something, have it. If you feel like it’s forbidden, you’ll want it even more. Whenever I have a craving, I go and have it and make sure I don’t have it again the next day.” – Jerry Ferrara

“Any actor who is being honest will admit there’s always a small or large part of the real you in every character. It’s impossible not to have that.” – Jerry Ferrara

Now that you know all about Jerry Ferrara’s net worth and how he achieved success; let’s take a look at some of the lessons we can learn from him:

1. Be In the Present

Forget the past and live in the present hour.

Nothing is a mistake. There’s no win and no fail.

How much is Jerry Ferrara worth?

Jerry Ferrara’s net worth is estimated to be $10 Million.

How old is Jerry Ferrara?

How tall is Jerry Ferrara?

Jerry Ferrara is an American actor. Ferrara is best known for his role as Turtle on the hit HBO series ‘Entourage.’

He started his career with guest-starring roles on such shows as ‘The King of Queens’ and ‘NYPD Blue. Ferrara was born in Brooklyn, New York.

He studied theater arts in college, he embarked on an acting career after being inspired by his professor.

What do you think about Jerry Ferrara’s net worth? Leave a comment below.

What is Rich Homie Quan's net worth? Introduction As of ...

What is Jude Law's net worth? Introduction As of ,...