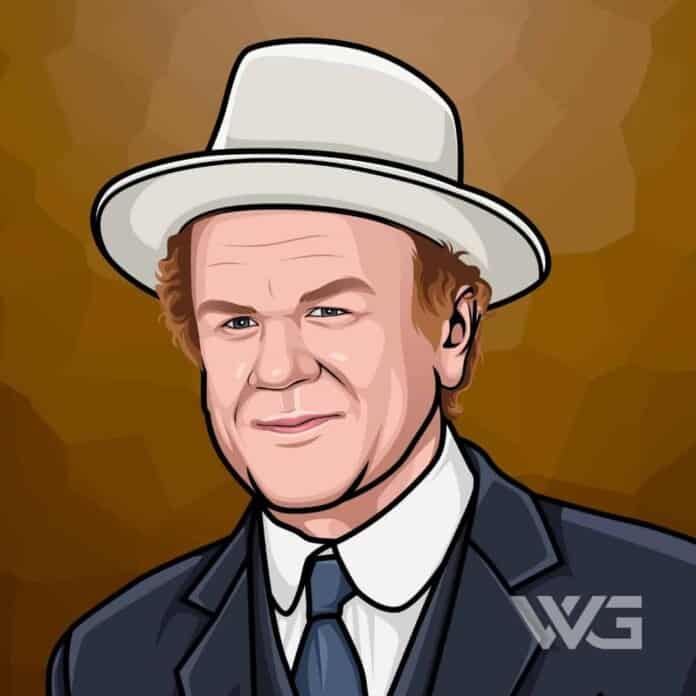 What is John C. Reilly’s net worth?

John C. Reilly is an American actor, comedian, and screenwriter.

Reilly had his film debut in ‘Casualities of War’ in 1989. He gained exposure through his supporting roles in ‘Days of Thunder,’ ‘What’s Eating Gilbert Grape’, and ‘The River Wild.’

He has also starred in ‘Hard Eight,’ ‘Boogie Nights,’ and ‘Magnolia.’ For his performance in ‘Chicago,’ he was nominated for the Academy Award. Reilly worked with Martin Scorsese on ‘Gangs of New York’ and ‘The Aviator.’

His father was of Irish and Scottish descent, while his mother was of Lithuanian ancestry.

Reilly has described himself as being mischievous during his childhood. When he was 12 years old, he and his friends stole 500 boxes of Sugar Corn Pops from a freight train. He grew up in the Chicago Lawn neighborhood, and he attended Brother Rice High School. In 1978, he graduated from The Theatre School at DePaul University in Chicago.

Reilly made his film debut in ‘Casualties of War’ in 1989.

Over the next few years, he appeared in several films alongside Tom Cruise in ‘Days of Thunder,’ Jack Nicholson in ‘Hoffa,’ and Kevin Bacon and Meryl Streep in ‘The River Wild.’

He uses his middle initial professionally since there was another John Reilly in the Screen Actors Guild. In 1996, he starred in ‘Hard Eight’ alongside Gwyneth Paltrow and Samuel L. Jackson. He collaborated with Paul Thomas Anderson in two films ‘Boogie Nights’ and ‘Magnolia.’

His big break came in 2000 when he starred in ‘The Perfect Strom’ The movie was a box office success and grossed $328.7 million worldwide on a budget of $120 million.

Reilly voiced the Disney animated film ‘Wreck-It Ralph’ in 2012. The movie was a box office success, and he reprised his starting role in its sequel in 2018.

How Does John C. Reilly Spend His Money?

John C. Reilly spends some of his money on real estate, and he owns a home in California with his wife, Allison Dickey.

In 2004, Reilly purchased a beautiful home in Altadena, California, for $1.225 million. It comes with two bedrooms and two bathrooms.

Here are some of the best highlights of John C. Reilly’s career:

“I always get a headache the first time I watch a movie I’m in. Because you’re staring at the screen so hard, your brain is doing all this work trying to put things in the context of what the day-to-day experience of making it was. And the timeline that’s in your head of when it was made, and on what day, how you felt. And then you’re also trying to grasp what it’s been edited into.” – John C. Reilly

“I get the greatest joy from just doing anything, being an actor. Making music and doing what I love to do. I don’t make a huge distinction between comedy and drama. I think the whole point is just trying to be as honest, from moment to moment, as you can be. If you’re honest about the material, and the material is ridiculous, then you’re in a comedy.” – John C. Reilly

“ Country Music is the final destination for many punk rockers […] Rockabilly is the mid-point and then [they] end up at Country […] There’s a purity to that music, and I think that appeals to a lot of punk rock people – the precision, the purity, and the directness of Country Music.” – John C. Reilly

“If you’re really honest with yourself when you’re acting, part of it is touching the real you. You can only separate yourself so much from the character. Those vulnerable moments do touch me.” – John C. Reilly

“In Chicago, it’s really a case of the play’s the thing – people are just so happy to be acting, you know? We were all actors – not like in New York or Los Angeles, where everyone says they are actors, but they are actually waiting tables and hustling for spots in commercials.” – John C. Reilly

Now that you know all about John C. Reily’s net worth and how he achieved success; let’s take a look at some of the lessons we can learn from him:

Animation is a great way to work. No early morning call times, no make-up chair. In live-action, you’re always fighting the clock; the sun is always going down too soon.

There’s something about the water – that solitary kind of peaceful feeling. You’re on Earth, but not quite.

The real human drama, we’re not creating some amusement park ride for the summer. Even though the movie is fascinating to watch, it’s got a real pathos behind it.

How much is John C. Reilly worth?

John C. Reilly’s net worth is estimated to be $50 Million.

How old is John C. Reilly?

How tall is John C. Reilly?

John C. Reilly is an American actor, comedian, and screenwriter who has starred in several high-profile films.

What do you think about John C. Reilly’s net worth? Leave a comment below.

What is Adrian Grenier's net worth? Introduction  As of ,...