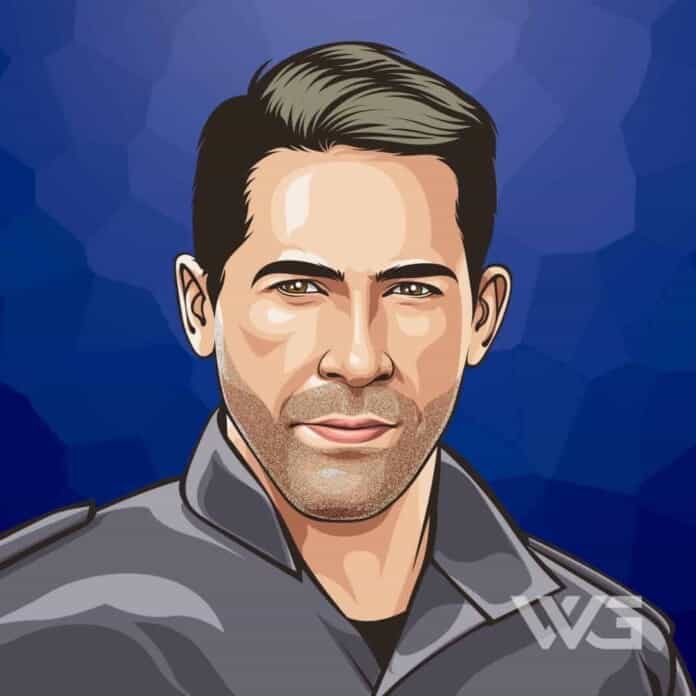 What is Scott Adkins’ net worth?

He has also appeared in ‘Doctor Strange’, ‘The Bourne Ultimatum’, ‘The Expendables 2’ and ‘Zero Dark Thirty’.

Scott Edward Adkins was born on the 17th of June, 1976, in Sutton Coldfield.

Adkins is of Spanish descent. He first became interested in martial arts at the age of ten, when he visited a local Judo club with his father and older brother.

After being robbed at age 13, his interest in martial arts grew even more. That same year, he began to practice Taekwondo, receiving his black belt at the age of 19.

Adkins first break came when he was offered a role in a Hong Kong martial arts film called ‘Dei Seung Chui Keung’. Spotted by Head of the Hong Kong Stuntmen Association and director Wei Tung and English-born Hong Kong movie expert Bey Logan, Adkins found himself in the East for the first time.

He got the chance to work with some of Hong Kong cinema’s leading action directors including Woo-ping Yuen, Corey Yuen, Sammo Hung Kam-Bo, and the legendary Jackie Chan.

Adkins later appeared in a few episodes in BBC’s ‘EastEnders’ and ‘City Central’, and a lead role in Sky One comedy-drama ‘Mile High’.

In 2012, he was cast to star in ‘Métal Hurlant Chronicles’, a sci-fi Franco-Belgium TV show, adapted from the French comic books Metal Hurlant. He was to appear in two episodes.

Here are some of the best highlights of Scott Adkins’ career:

“When I was ten years old, my dad and brother did judo, so I went along because I felt like I was missing out. They eventually gave up, and I continued, then moved into Tae Kwon Do, kickboxing and various other martial arts. I did lots of different things, but mostly things like Wushu, Jeet Kune Do, Krav Maga and stuff like that” – Scott Adkins

“I just remember Bruce Lee blowing my mind on the screen, and I thought to myself, That’s what I want to do for a living when I’m older. Bruce Lee was so magnetic and charismatic and held the screen so well.” – Scott Adkins

“My first break was in a Hong Kong movie that I shot in China – I was going out there and working as a western stunt man if you like, but at the same time in England I was working in daytime soap stuff. Eventually, I put the two together.” – Scott Adkins

“Ill be honest – I never saw myself making a ninja movie, never entertained the idea. I think ninja films can be quite cheesy unless you do them in feudal Japan.” – Scott Adkins

“I do find violence entertaining, but that doesn’t make me a bad person. My dad would bring back ‘Rambo’ and whatever, and we’d watch it together. It’s not affected me in any way other than I just appreciate the entertainment value of violence on the film” – Scott Adkins

Now that you know all about Scott Adkins’ net worth, and how he achieved success; let’s take a look at some of the lessons we can learn from him:

Allow yourself to accept change and evolve with its inevitability. If you don’t, you will always rue the past and fear the future.

Engage in acts of kindness as often as possible. Giving is the greatest reward for your soul. Whether a helping hand or taking 5 minutes to stop for a chat, kindness is a gift that can breathe happiness and positivity into all of our lives.

3. Life Is Too Short

Life is too short to spend it living out the expectations of others. This is your journey. Make it your story.

How much is Scott Adkins worth?

Scott Adkins’ net worth is estimated to be $2 Million.

How old is Scott Adkins?

How tall is Scott Adkins?

Scott Adkins is an English actor and martial artist who has starred in films such as Dei Seung Chui Keung, EastEnders, Mile High, Hollyoaks, Undisputed II, Holby City, The Bourne Ultimatum, The Tournament, Undisputed III, The Expendables 2, and The Legend of Hercules.

What do you think about Scott Adkins’ net worth? Leave a comment below.