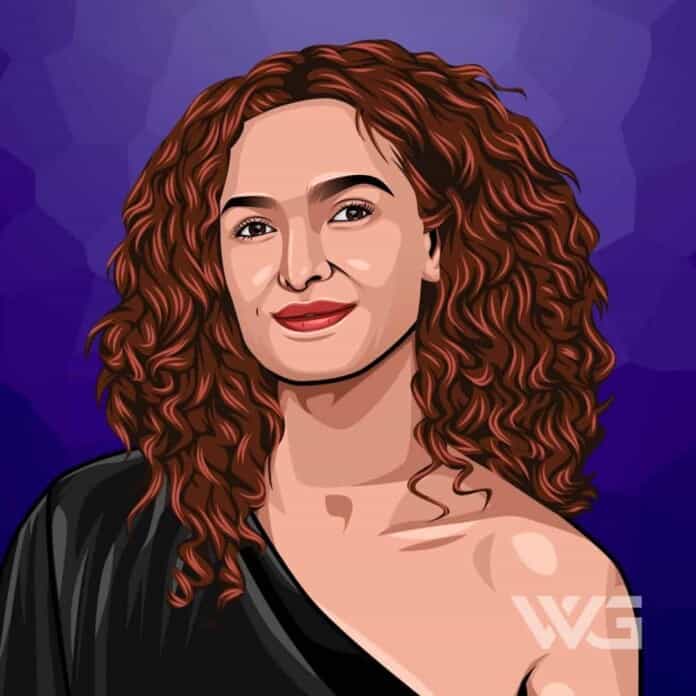 What is Anna Shaffer’s net worth?

Anna Shaffer is an English actress, best known for her roles as Ruby Button in teen soap opera ‘Hollyoaks’ and Romilda Vane in the ‘Harry Potter’ film series. She also plays the role of Triss Merigold in the Netflix series ‘The Witcher’.

As of January 2023, Anna Shaffer’s net worth is approximately ‎$2 Million.

Anna Shaffer was born on the 15th of March, 1992, in London. Shaffer attended secondary school at Highgate Wood School in Haringey like her brother Joshua.

She later attended Camden School for Girls in the Sixth Form.

In December 2010, the Liverpool Echo reported that eighteen-year-old Shaffer would be joining the cast of ‘Hollyoaks’ as Ruby, the sister of Duncan Button.

She began filming her scenes in late 2010. Shaffer made her first on-screen appearance as Ruby in the episode broadcast on 3 January 2011. In May 2011, it was speculated that Shaffer would be leaving Hollyoaks.

Here are some of the best highlights of Anna Shaffer’s career:

“I’ve always loved film and TV, my parents would plonk us in front of the video player to keep us out of trouble so my brother and I were reared on Hook, The Princess Bride, and Three Men and a Baby. All of which are still some of my favorite films of all time.” – Anna Shaffer

“I had always really loved drama at school, and even on play dates with my friends, we would always play make-believe. I had a fancy dress box full of my mum’s old clothes so I would be dressed up in her glamorous dresses creating ‘kitchen sink’ drama in my room with my friends from an early age!” – Anna Shaffer

“Obviously coming from such a huge film franchise meant that whatever I did next was going to feel strange but I feel so lucky that I was young enough that as incredible as the experience was I still just wanted to be a normal kid and hang out with my friends in the park.” – Anna Shaffer

“Every single person on that film worked their arses off, the days were long and hard and the crew was incredible. There were so many cogs that had to keep on turning no matter what, that I hope I’ve taken a similar work ethic to everything I’ve done since.” – Anna Shaffer

Now that you know all about Anna Shaffer’s net worth, and how she achieved success; let’s take a look at some of the lessons we can learn from her:

Action is the foundational key to all success.

3. Go Out and Achieve Good Things

How much is Anna Shaffer worth?

Anna Shaffer’s net worth is estimated to be $2 Million.

How old is Anna Shaffer?

How tall is Anna Shaffer?

Anna Shaffer is an incredible actress, and model growing in her career daily is a cast member of ‘The Witcher’.

As of January 2023, Anna Shaffer’s net worth is estimated to be ‎$2 Million.

What do you think about Anna Shaffer’s net worth? Leave a comment below.

Professional basketball player Max Kleber has earned millions as a power forward for the Dallas Mavericks.