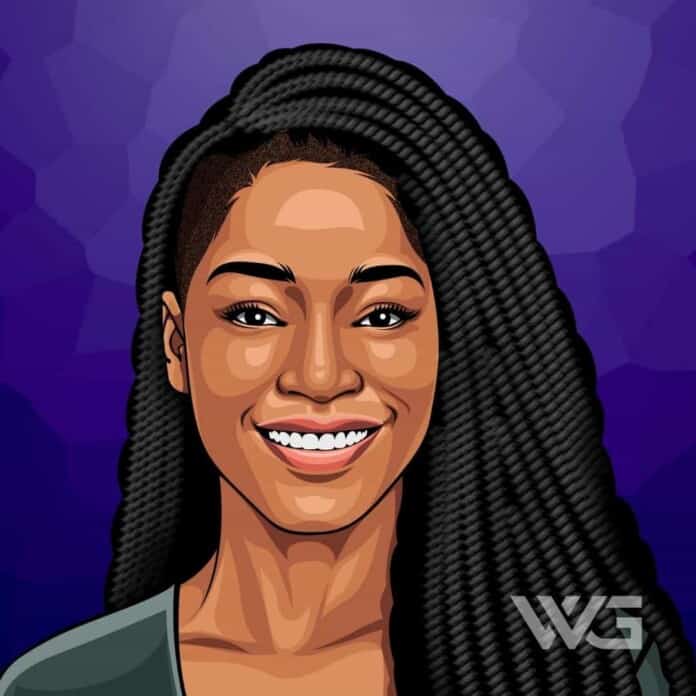 What is Keke Palmer’s net worth?

Lauren Keyana “Keke” Palmer is an American singer, actress, presenter, and songwriter from Harvey. Palmer’s debut album reached number 85 on the R&B chart. Palmer gained recognition when she auditioned for The Lion King when she was 9 years old.

She made her appearance in her debut movie when she was only 11 years old and has pursued her career as a singer and actor from there.

She grew up in a Christian household. Her parents Larry and Sharon Palmer had both worked as professional actors before they started their life into full-time jobs.

Palmer attended to Rickover Jr High School. After she graduated she started to focus on her career as an actor and singer.

Palmer started her early career as an actor in Barbershop 2: Back in Business. She played the niece of the character played by Queen Latifah.

After her debut movie, she relocated to LA where she booked a role in an episode of the CBS series “Cold Case”(2004). Her performance in the movie gained critical acclaim.

The following year she wanted to establish herself as a singer. In 2005 she was signed by Atlantic Records and released her debut single “All My Girlz”. The same year she appeared in the television film “Knights of the South Bronx”.

In 2006 she was cast in the lead role of “Akeelah Anderson” in the award-winning movie “Akeelah and the Bee”.

In 2007 she got the lead role in the Disney Channel Original Movie “Jump In”. Palmer also played a supporting role in “Cleaner” alongside Eva Mendes and Samuel L Jackson. Her debut album “So Uncool” was released in 2007, and was performed poorly on the Billboard charts.

A year later she was cast in the Nickelodeon sitcom “True Jackson, VP” which gained her a lot of success. The following year she a Black Reel Award for Best Actress.

Palmer moved from Atlantic Records, and one year later she released her first mixtape “Awaken”. He self-titled the second mixtape was released in 2012. From 2011-2014 she was the main voice role in “Winx Club”. She lent her voice to the character in the 2012 animation movie Ice Age.

Here are some of the best highlights of Keke Palmer’s career:

“I went to private school for a very long time, and we always wore uniforms. Then in third grade, I switched to a public school, so I was so excited to wear what I wanted on the first day. I remember I chose this orange hoodie with a skirt, and it’s so funny when I think about it now because my style really hasn’t changed that much.” – Keke Palmer

“The music industry is something that I’m still trying to understand. With acting, I’ve been doing it for so long that I understand every aspect of it for the most part – there are obviously still more aspects that I need to learn – but I have a grasp on it. With music, I’m still learning. I’m still getting used to it.” – Keke Palmer

“There’s not always going to be something out there for you, especially not a positive role, so once you get up there and start being well known, you can’t just think projects will come to you. You have to start doing your own projects because if you don’t, you’ll miss out, and eventually your fame will be over.” – Keke Palmer

“Real faith is when you believe in something that you can’t see. When things are going really bad and you can still get up and say I believe that they’re gonna get better, that there’s a higher lesson to what I’m going through. It can be hard sometimes, and to turn it around like that, that’s true faith.” – Keke Palmer

“I love being brown, so I love using Guerlain Terracotta Bronzing Powder. I use it everywhere: my forehead, my cheekbones, a little bit by my chin. It gives me a golden balance that I really like. I also use the Becca Shimmering Skin Perfector for my highlighter right underneath my eye. It’s a pretty color – it’s not too much and not too little.” – Keke Palmer

View our larger collection of the best Keke Palmer quotes!

How much is Keke Palmer worth?

Keke Palmer’s net worth is estimated to be $7.5 Million.

How old is Keke Palmer?

How tall is Keke Palmer?

What do you think about Keke Palmer’s net worth? Leave a comment below.