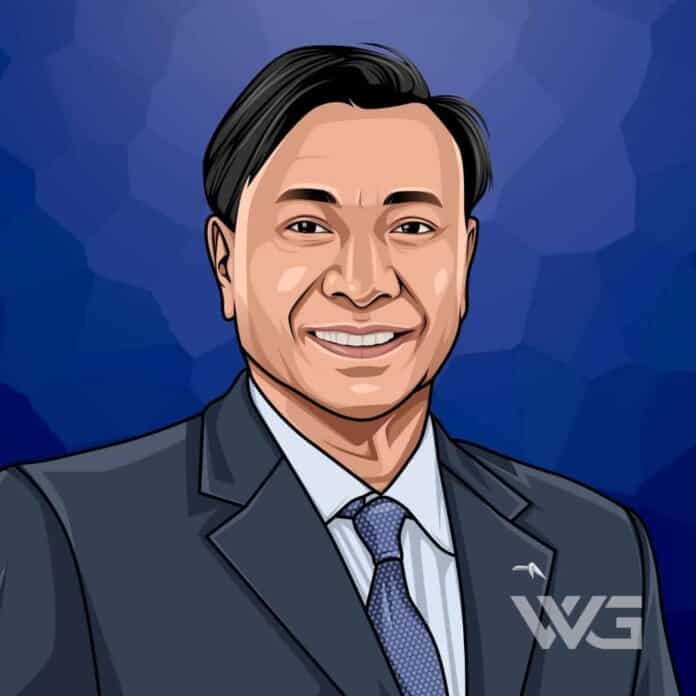 What is Lakshmi Mittal’s net worth?

Lakshmi Mittal is an Indian steel magnate and he is the chairman and CEO of ArcelorMittal, the world’s largest steelmaking company.

Mittal owns 38% of ArcelorMittal and holds an 11% stake in Queens Park Rangers F.C.

As of December 2022, Lakshmi Mittal’s net worth is estimated to be roughly $18 Billion.

Mittal studied at Shri Daulatram Nopany Vidyalaya, Calcutta from 1957 to 1964. He graduated from St. Xavier’s College, affiliated to the University of Calcutta, with a B.Com degree in the first class.

In 1976, due to the curb of steel production by the Indian government, the 26-year-old Mittal opened his first steel factory PT Ispat Indo in Sidoarjo, East Java, Indonesia.

In 1989 Mittal purchased the beleaguered state-owned steelworks in Trinidad and Tobago, which had been losing huge sums of money. A year later that facility had doubled its output and had become profitable.

He used a similar formula for success in a series of acquisitions all around the world, purchasing failing outfits and sending in special management teams to reorganize the businesses.

Mittal’s business philosophy emphasized consolidation in an industry that had become weak and fragmented. Although demand for steel remained high, smaller steel companies had been unable to strike competitive deals with their major clients, notably automakers and appliance manufacturers.

His company, however, controlled about 40 percent of the American market for the flat-rolled steel used to make cars, which allowed the giant steelmaker to negotiate more favorable prices.

Here are some of the best highlights of Lakshmi Mittal’s career:

“In the past twenty years, we have lived through several cycles and we have always managed to buy under good terms and conditions at the right time. This has enabled us to build a solid group that is now the world number one.” – Lakshmi Mittal

“The torch relay is an excellent embodiment of all that the Olympic Games have come to symbolize – a celebration of the human spirit. Personally to me, it represents striving to be the best in whatever we do, never giving up despite the odds, and a commitment to health and fitness.” – Lakshmi Mittal

“Hard work certainly goes a long way. These days a lot of people work hard, so you have to make sure you work even harder and dedicate yourself to what you are doing and setting out to achieve.” – Lakshmi Mittal

“I’m not a person who sets very high goals, my goalposts keep on changing as we move forward in life. It’s always been one step forward. Always make small steps forward, you become stronger and you gain confidence, then you change your goalposts again.” – Lakshmi Mittal

Now that you know all about Lakshmi Mittal’s net worth, and how he achieved success; let’s take a look at some of the lessons we can learn from him:

These days a lot of people work hard, so you have to make sure you work even harder and dedicate yourself to what you are doing and setting out to achieve.

A strong player, which has sufficient critical mass, can with-hold pressure better and create a more stable environment that benefits shareholders as well as employees.

Everyone experiences tough times, it is a measure of your determination and dedication how you deal with them and how you can come through them.

How much is Lakshmi Mittal worth?

Lakshmi Mittal’s net worth is estimated to be $18 Billion.

How old is Lakshmi Mittal?

How tall is Lakshmi Mittal?

Lakshmi Mittal is chairman and CEO of the world’s largest steel-making company ArcelorMittal.

Mittal started his own steel business in Indonesia, which eventually became Arcelor Mittal, the company he made into one of the most successful in the world.

As of December 2022, Lakshmi Mittal’s net worth is approximately $18 Billion.

What do you think about Lakshmi Mittal’s net worth? Leave a comment below.