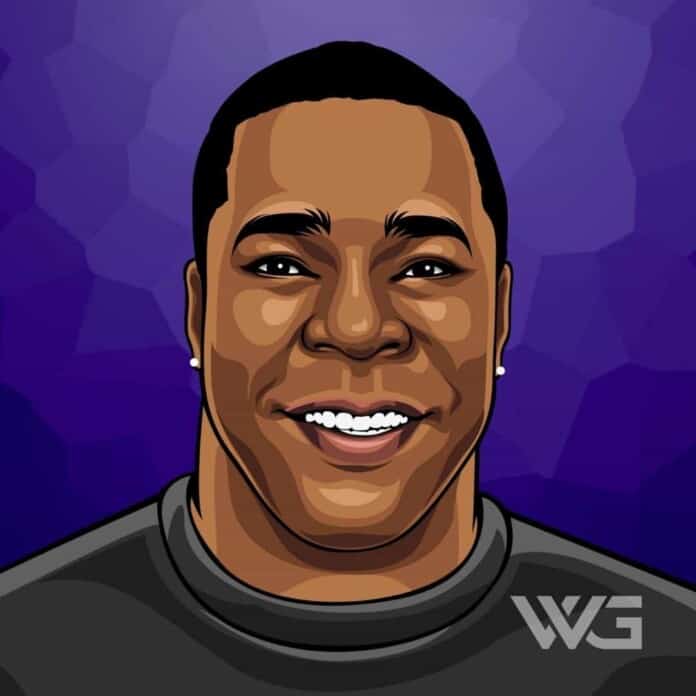 What is Busta Rhymes’ net worth?

As of November 2022, Busta Rhymes’ net worth is approximately $20 Million.

Busta Rhymes is a world-famous celebrity who is well known for his rapping, acting, and record producing. Throughout his many years in the music industry, he has also developed good taste in fashion and has inspired many artists like him to adapt his sense of style.

Trevor George Smith Jr, better known as Busta Rhymes, was born on May 20, 1972, in New York City. His two parents who were of Jamaican origin were Trevor Smith Sr and Geraldine Green.

Busta graduated from George Westinghouse High School in Brooklyn and had a reputation at the school for being popular and well-liked by others.

Busta began his musical career in 1989 with Charlie Brown, and together they soon became essential members of the ‘Public Enemy’ a well-known hip-hop group.

Becoming a part of the group was a momentous occasion in Busta’s life, and his group dropped their first album in 1991 called ‘a future without past.’

The album was a commercial success and grew his career immensely; he soon began making music with other well-known artists, and his music was being heard and adored worldwide.

In 1996, he released his first debut album called ‘The Coming’. Since then has had other hit singles including ‘Woo Hah!! Got You All in Check’ and ‘Put Your Hands Where My Eyes Could See.’

He has also had some award-winning singles such as ‘What’s It Gonna Be,’ ‘Look at Me Now’ and ‘Don’t Cha.’

Here are some of the best highlights of Busta Rhyme’s career:

“Hip-hop reflects the truth, and the problem is that hip-hop exposes a lot of the negative truth that society tries to conceal. It’s a platform where we could offer information, but it’s also an escape.” – Busta Rhymes

“I’m trying to set up opportunities for myself so that I don’t only have one outlet to go through and rely upon as far as a support system financially, emotionally and mentally.” – Busta Rhymes

“At the end of the day, man, you can’t protect yourself from a haymaker that’s coming in toward your face if you don’t see it coming.” – Busta Rhymes

View our larger collection of the best Busta Rhymes quotes!

3 Rules for Success from Busta Rhymes

Now you know all about Busta Rhymes’ net worth, and how he was able to achieve success; let’s take a look at some of the lessons we can learn from him:

Find an outlet to express yourself and share your thoughts and opinions so that you can convey your feelings in a healthy way instead of bottling things up.

Don’t rely on one thing or person to be your only support system because you never know when the system could collapse. It is healthy to maintain multiple systems to support you emotionally, mentally and even financially so that you always have a backup.

Sometimes people will try to conceal or avoid telling the truth because it is unpleasant, but sometimes it needs to be heard. It is good to have platforms that can voice the facts and share knowledge with the public.

How much is Busta Rhymes worth?

Busta Rhymes’ net worth is estimated to be $20 Million.

How old is Busta Rhymes?

How tall is Busta Rhymes?

Busta Rhymes is a world-renowned rapper and record producer that has had a tremendous impact on the music industry with his unique rapping style and fashion sense.

As of November 2022, Busta Rhymes’ net worth is estimated to be about $20 Million.

What do you think about Busta Rhymes’ net worth? Leave a comment below.