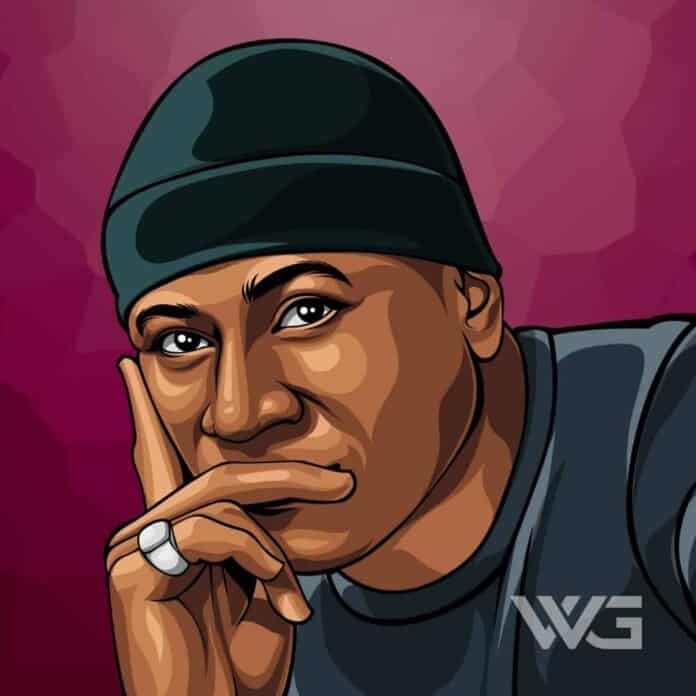 What is LL Cool J’s net worth?

James Todd Smith, better known by his stage name LL Cool J, is an American hip-hop artist who is most celebrated for popularizing hip-hop music all across the world.

He is a double-Grammy winner who has fought against domestic violence in his childhood to emerge as a child-prodigy and started composing tracks at the age of 11.

James Todd Smith “LL Cool J”  was born in Long Island, New York on the 14th of January, 1968. He is the son of James and Ondrea Smith. Smith has a very tough childhood and at the young age of four, he witnessed his mother and grandfather getting shot by his own father.

His mother, Ondrea Smith, entered into a relationship with a physical therapist named ‘Roscoe’. LL Cool J, in his autobiography and also in interviews, has accused Roscoe of abusing him physically and psychologically.

LL Cool J began his musical career at the age of 16 when he met Rick Rubin. Rubin became impressed by his music which led to both of them creating a single, ‘I Need a Beat’.

They later sent the single to an artist manager Russell Simmons, who liked it too. The same year, Simmon and Rubin founded their record company ‘Def Jam Recordings’.

Cool J big success in the music world made him drop out of school and he began working on his first album. ‘Radio’ was released in 1985 and received a lot of positive feedback for its powerful lyrics and sold more than 1.5 million copies.

From 2000 to 2008, in spite of having a promising acting career, LL Cool J continued to churn out albums which were moderate to big successes.

In 2008, he dropped his last album with ‘Def Jam Recordings’, ‘Exit 13’. The next year, LL Cool J was cast as a regular in the still running CBS Tv series ‘NCIS: Los Angeles’.

Here are some of the best highlights of LL Cool J’s career:

“Perm in your hair or even a curly weave, Wichya New Edition Bobby Brown button on your sleeve. I tell you to come here, you say, ‘Meet me half way,’ Cause brothers been popping that game all day.” – LL Cool J

“I want a girl with extensions in her hair, Bamboo earrings, at least two pairs, A Fendi bag, and a bad attitude, That’s all I need to get me in a good mood. She can walk with a switch and talk with street slang, I love it when a woman ain’t scared to do her thing.” – LL Cool J

“We need to make sure that there’s art in the school. Why? Why should art be in the school? Because if art isn’t in a school, then a guy like Steve Jobs doesn’t get a chance to really express himself because, in order for art to meet technology, you need art.” – LL Cool J

“Every little boy wanna pick up the mic, And try to run with the big boys and live up to the real hype. But that’s like picking up a ball, playing with Mike, Swingin at Ken Griffey or challengin’ Roy to a fight.” – LL Cool J

“I am artistic so I reserve the right to change my mind at any point. I just like to do different things. What is more important than the name is that people know that I really like acting, I enjoy it and I want people to know that I am serious.” – LL Cool J

“My feelings about Michael Jackson are simple I think that um he’s a human being like everyone else and I’m a huge fan of Michael and um nobody is perfect.” – LL Cool J

Now that you know all about LL Cool J’s net worth, and how he achieved success; let’s take a look at some of the lessons we can learn from him:

What doesn’t kill you makes you stronger. You can use all the screwed up things that happened to you in the past as a reason to fail, or you can use it as fuel for the fire that illuminates the path on your road to success.

One of the craziest stereotypes about famous people is that they somehow just got lucky to get where they’re at. Or even worse, that they worship the devil and are part of the Illuminati. Nothing could be further from the truth. Clear that notion from your mind immediately. It’s bad programming and will keep you at the bottom.

Play to your strengths and not your weaknesses. Fake it until you make it. Dress the part. If you’re not one of the best pretend that you are.

How much is LL Cool J worth?

LL Cool J’s net worth is estimated to be $120 Million.

How old is LL Cool J?

How tall is LL Cool J?

LL Cool J is one of the richest rappers in the world. He has been a famous hip-hop icon since the 80s and he has collaborated with some of the greatest producers and artists in the world.

What do you think about LL Cool J’s net worth? Leave a comment below.

Blake Griffin is a star basketball player who made millions as an ace player and is now increasing his wealth through savvy investments.