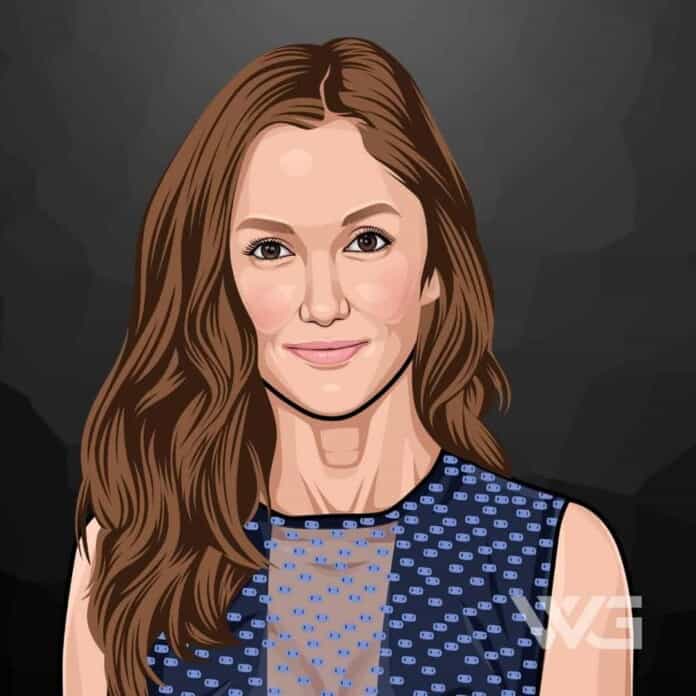 What is Minka Kelly’s net worth?

Minka Kelly is an American actress and model.

Kelly had her first starring role in the NBC drama series ‘Friday Night Lights.’ She has also appeared on the shows ‘Parenthood’, ‘Charlie’s Angeles,’ and ‘Almost Human.’

Since 2018, she has been portraying Dawn Granger in the DC Universe series ‘Titans.’

Kelly is the only child of former Aerosmith guitarist Rick Dufay and Maureen Dumont Kelly.

She was raised by her mother, who worked various jobs. Kelly and her mother moved to different communities before settling in Albuquerque, New Mexico. Her mother died in 2008 from colon cancer. She has French, Irish, and Dutch-Indonesian ancestry.

After graduating from Valley High School in New Mexico, she returned to Los Angeles. She started as a receptionist at a surgeon’s office to provide Kelly breast augmentation in exchange for hours worked. She ultimately decided against the procedure, leading to her being fired.

In 2006, Kelly starred in the horror movie ‘The Pumpkin Karver’. The following year, she reunited with Friday Night Lights creator Peter Berg in the film ‘The Kingdom’ in a cameo role as Ms. Ross alongside Jamie Foxx and Jennifer Garner.

ABC announced that she was cast in the planned reboot of the crime drama series ‘Charlie’s Angels’ in 2010. She played the role of street racer Eve French. It premiered on the 22nd of September, 2011.

The same year, she starred in the thriller ‘The Roomate’ as a college freshman whose roommate portrayed by Leighton Meester has an obsession with her that turns violent.

Kelly was one of the celebrities who modeled in red dresses for The Heart Truth Red Dress Collection show in 2012. She wore a Diane vonFürstenberg dress.

It was announced that she had been cast on the DC Universe series ‘Titans’ in 2017. The series premiered on the 12th of October, 2018. She was promoted to a series regular for the second season in September 2019.

How Does Minka Kelly Spend Her Money?

Kelly and Trevor Noah live in a $27.5 million Bel Air house. It comes with a spa, sauna, massage room, gym, library, office, home theater, and an impressive master bedroom with two bathrooms and a large window that opens up to mountain views.

Kelly has helped charities such as Habitat For Humanity, Motion Picture and Television Fund Foundation, Stand Up To Cancer
and The Heart Truth.

Here are some of the best highlights of Minka Kelly’s career:

“I learned how to horseback ride in the English style, which is very hard, by the way. I had no idea how challenging it was. I’ve always ridden horses, but Western is like riding a horse in a rocking chair, as opposed to English, where you have to balance and hold on with your legs.” – Minka Kelly

“I think the most attractive thing for me when I meet a guy is confidence and him being comfortable in his own skin. I like someone who doesn’t need approval or validation.” – Minka Kelly

“Yeah. We really stayed true to a lot of that, too. In episode 10 are Dawn and Hank. It’s their origin stories. It’s before they’re Hawk and Dove, and you get to see them when they meet. And true to the books, there’s a little resistance from Hank to her becoming Dove because it was her brother.” – Minka Kelly

“That’s a good question. They do feel a bit isolated a lot of the time. But, there’s a history between Hawk and Dove and Robin. When they were kids, they used to fight together. They were a team, so we reunite and find our way again. We flow in and out of the Titans team.” – Minka Kelly

“That’s also what’s so great about this show. They’ve given each of us our own particular, specific way of fighting. So, my character’s history is she was a ballerina, she was in jiu-jitsu, and she was a gymnast. Her fights are more that of a dance.” – Minka Kelly

“Exactly. I think that’s so cool. When they brought that to us, and they’re like, ‘This is what we’re going to do,’ I was like, ‘That’s so cool! I can’t believe this is my job!’ It’s so fun. I just thought it looked so cool.” – Minka Kelly

Now that you know all about Minka Kelly’s net worth and how she achieved success; let’s take a look at some of the lessons we can learn from her:

You can have lots of ambition, but if you don’t persist when the going gets tough, you will never succeed.

Whatever work you do, do it to the best of your ability.

When ordinary people decide to step out and be part of something big, that’s when they become extraordinary.

How much is Minka Kelly worth?

Minka Kelly’s net worth is estimated to be $5 Million.

How old is Minka Kelly?

How tall is Minka Kelly?

Minka Kelly is an American actress who first rose to fame starring as Lyla Garrity on the show ‘Friday Night Lights’.

She had had guest-starring roles on ‘Parenthood’ and ‘Entoruage’. Kelly moved around quite a bit with her mother before settling in New Mexico.

She returned to Los Angeles after graduating from high school and was invited to work as a receptionist at a plastic surgeon’s office in exchange for breast augmentation surgery.

What do you think about Minka Kelly’s net worth? Leave a comment below.