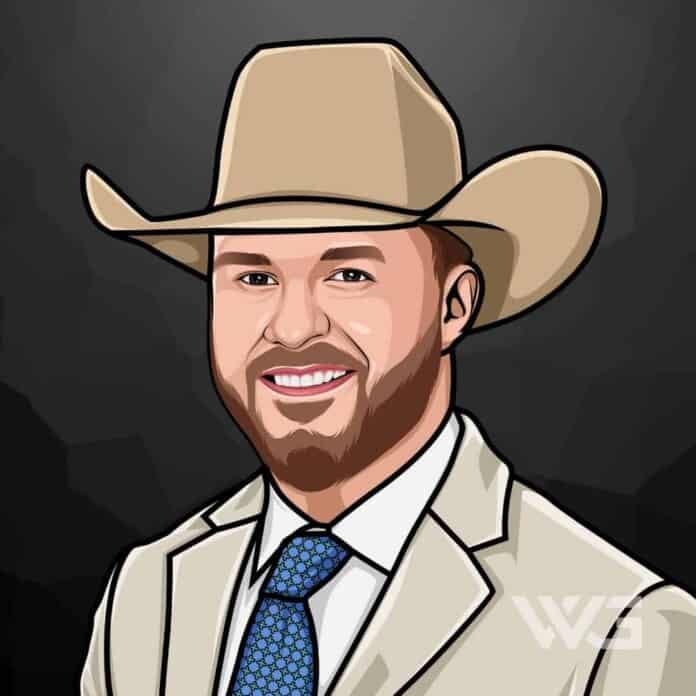 What is Cody Johnson’s net worth?

Johnson has self-released six albums throughout his career, followed by a major label album ‘Ain’t Nothin’ to It.’ His sixth album ‘Gotta Be Me’ debuted at number two on Billboard’s Country Albums chart. His seventh album reached number one.

Johnson grew up taking an interest in acting. Later on, he gave up on his childhood dream of becoming an actor because he didn’t think he was good enough. He discovered his passion for music at the age of 12 years old.

Johnson started writing his own songs in junior high. He attended Groveton High School, where he continued to learn and grow as an artist. He graduated in 2005 and attended Angelina College in Lufkin, Texas.

Johnson started to sing and play guitar when he was 12 years old. In 2006, he formed the Cody Johnson Band with his dad Carl and drummer Nathan Reedy. Together they recorded an album, ‘Black and White Label.’ The same year, the band added a lead guitar player and recorded a live album.

In 2009, Danny Salinas joined the band on bass guitar. They produced the album ‘Six Strings One Dream’. Following the album release, the band added Chris Whitten on fiddle and Jeff Smith on lead guitar.

His next album, ‘A Different Day,’ was released in 2011. He won the Texas Regional Music Award for New Male Vocalist of the Year. The following year, he teamed with Kyle Park for the Dancin’ and Drinkin’ at Johnson Park Tour.

In 2014, Johnson’s fifth album ‘Cowboy Like Me’ was released. The album was produced by Trent Willmon. It sold over 8,000 copies in its first week of release, debuting at number 25 on the Billboard Top Country Albums chart and number 33 on the Billboard 200.

His seventh album, ‘Ain’t Nothin to It,’ was released in 2019. It features the singles ‘On My Way to You,’ which is his first Top 40 hit on Country Airplay. The album and track were released via Warner Bros.

How Does Cody Johnson Spend His Money?

Johnson likes to give back and supporting charities. One charity he has helped out is The TNT Foundation.

Here are some of the best highlights of Cody Johnson’s career:

“In the back of your mind, you always want it to be successful, and you want things to happen, but I’ve learned in my life that if you want something too much, even when it happens, it may not be what you wanted if you set your expectations too high.” – Cody Johnson

“As far as the persona, I’m true to myself. Not because I’m arrogant, but I’m true to myself because I believe that you have to stand for something. When you start sacrificing that, even if it’s just a line in a song or something you say on the mic at a show, or the way you treat someone when you see them out in public, that all reflect on who you are.” – Cody Johnson

“It’s really helped a ton in the sense that we get to reach people who don’t normally know our music. At least once a night at a show someone will come up to the merch table after the show and say they’ve never heard of me but they saw me on Troubadour, TX, and it reminds me that I’m not Elvis and anything I can do to get my name out there is beneficial in every way.” – Cody Johnson

“It wasn’t just Willie and Waylon, there were a lot of influences there. The coolest thing about this, is after getting to listen back to all these mixes is realizing that this record is like a bag of Skittles; every time you pull something out, it’s a different flavor. But they’re all Skittles. They’re all Cody Johnson.” – Cody Johnson

Now that you know all about Cody Johnson’s net worth and how he achieved success; let’s take a look at some of the lessons we can learn from him:

1. Be True to Yourself

If you’re true to yourself, it doesn’t matter where you record your music or where you say you’re from. Johnson is an artist from Texas, proud to be from Texas, but he plays his own kind of music.

Everything moving forward will be instinctual, like we’ll know exactly which doors to walk through when they open.

In the back of your mind, you always want it to be successful, and you want things to happen, but Johnson has learned in his life that if you want something too much, even when it happens, it may not be what you wanted if you set your expectations too high.

How much is Cody Johnson worth?

Cody Johnson’s net worth is estimated to be $5 Million.

How old is Cody Johnson?

How tall is Cody Johnson?

Cody Johnson is an American country singer and songwriter. Johnson is best known for his single ‘On My Way to You.’ Johnson has released his first six albums on his record label CoJo. He dropped his debut studio album ‘Black and White’ in 2006.

What do you think about Cody Johnson’s net worth? Leave a comment below.