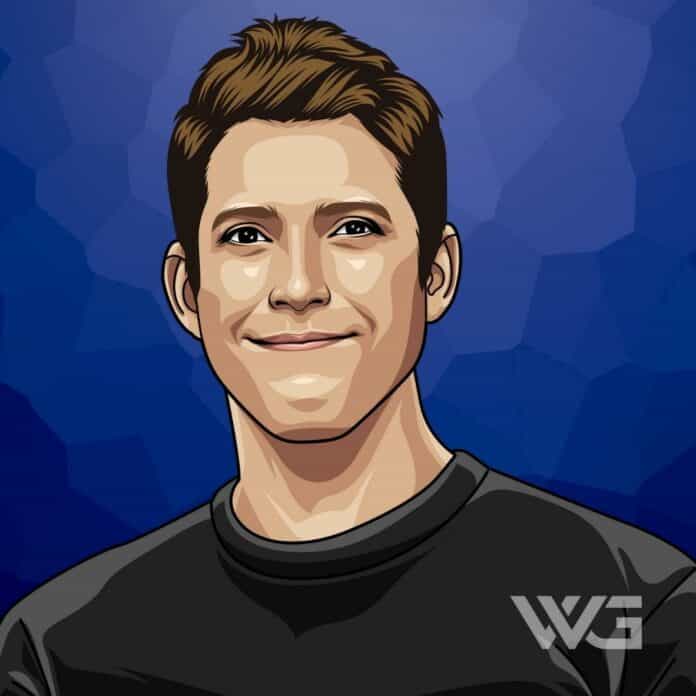 What is Nick Woodman’s net worth?

Nick Woodman’s net worth is now an estimated $300 Million As of February 2023, which is down by almost $2 billion from several years ago; after GoPro share prices fell significantly.

Nick Woodman is well known as the founder of GoPro, a camera that’s designed specifically to help sports enthusiasts and adrenaline junkies get incredibly clear and close up videos.

They’re often used in water sports, skydiving, biking, and so on. However, they can also be used as a general video camera and come with a range of accessories to help fit in with the requirements of any extreme activity.

But how exactly did he come up with the idea of the GoPro, and how did he manage to make it such a success?

Nick Woodman was born on the 24th of June 1975 and raised in California, which was where he attended university and achieved his degree in visual arts.

The GoPro wasn’t the first business venture of Nick’s; as he’d actually previously attempted at building two companies before.

The first was called Empowerall.com, a website selling electronic goods for incredibly small markups. And the second was Funbug, a gaming website that allowed people the chance to win cash prizes.

Unfortunately, they were both failures, but it gave Nick the experience he needed to succeed with GoPro.

After Woodman failed with his first two startups, he decided to travel the world to go surfing.

During his surfing tour in Australia and Indonesia, he attached a small 35mm camera to his hand using just a rubber band, in order to capture videos of himself whilst surfing.

Since many extreme sports enthusiasts like Nick Woodman are probably not professional photographers, and had been struggling to capture high-quality recordings of their sports activities, that’s where Nick’s inspiration came from for the GoPro.

Nick’s idea was to create a belt that the camera could attach to, which would then attach to your body.

Although, the first designs of the camera focused on wrist cameras which would be incredibly useful for anyone wishing to point and shoot whilst being able to use both their hands.

Woodman had originally borrowed a substantial amount of money from his parents in order to launch the GoPro. $35,000 from his mother, and $200,000 from his father, to be precise.

GoPro cameras have now become a phenomenon for anybody who’s into sports or travelling, and not only are there wrist straps, but chest harnesses, head straps, water floats and extending poles. You name it.

Woodman’s passion was to surf. He went travelling around the world to surf, and so he could clearly see a need in the market for easy to use cameras in sporting activities.

He came up with this idea simply from following his passion and knowing what people with similar interests to him would want.

If you follow your passion, you’ll be able to identify the possible needs of people that are interested in the same things as you, and you’ll understand more about your target market.

Nick had already had two of his startups fail, and this experience really helped him out when founding GoPro. He was so worried that GoPro was going to end up like the other failed startups, he made sure he worked like crazy in order to make it a success.

It was this fear that drove him to putting 100% effort into GoPro, and made him push himself towards success.

3. Obsess Over Your Product

Nick was fixated on his idea on the GoPro and spent every single waking minute trying to improve upon the idea, sitting at his desk drawing out designs and such. Obsess over your product to make sure it becomes the best invention it could possible be.

Nick Woodman is a salesman, and over the years has taught himself how to chase and close deals. It’s one thing having a great product, but you need to have a great ability to negotiate and sell your products.

It took a while for the GoPro cameras to get to the HD high pixel quality they’re at today. If they hadn’t been continuously evolving, they might have struggled to become the worldwide famous brand they are.

“It sounds cheesy, but if you are having fun, people will love your company, you will be more successful, and more ideas will come your way.” – Nick Woodman

“I can sell anything that I totally believe in, but I’m a horrible salesman of something I don’t believe in.” – Nick Woodman

“If I didn’t follow my passion for surfing… I would have never come up with the concept to make a wrist camera.” – Nick Woodman

“I get pretty focused when I start working on something. And I drink a lot of water, way more than most people.” – Nick Woodman

How much is Nick Woodman worth?

Nick Woodman’s net worth is estimated to be $300 Million.

How old is Nick Woodman?

How tall is Nick Woodman?

Nick Woodman is no longer a billionaire, but is still a huge success! Nick Woodman’s net worth is estimated to be $300 Million in 2022.

What do you think about Nick Woodman’s net worth? Leave a comment below.