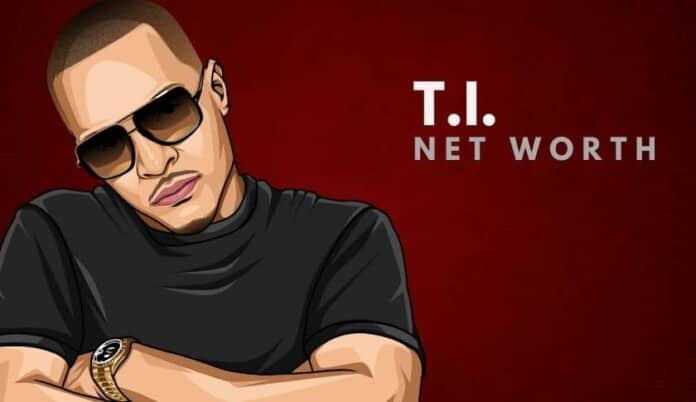 What is T.I’s net worth?

T.I is an American rapper, actor, singer, songwriter, and record producer who signed his first label record deal in 1999.

He formed the hip hop group in 2001 with his friends Big Kuntry King, Mac Boney, and AK, and C-Rod. In 2003, T.I launched his own label, Grand Hustle Records. As of today, he is known for being one of the most prolific rappers.

Clifford Joseph Harris Jr. was born on the 25th of September, 1980, in Atlanta. Harris Jr. is the son of Clifford Harris Sr. and Violeta Morgan. His father lived in New York and he would often visit him.

Clifford started to get interested in hip hop at a young age and he began rapping when he was 8 years old. He attended Douglass High School where he later dropped out.

In 2001, T.I. released his debut album ‘I’m Serious’ which was a commercial success. The album reached the top 30 spots on the Billboard Hip Hop chart. He then went on the start his own record label ‘Grand Hustle Records’.

His second studio album ‘Trap Muzik’ debuted on the 4th spot on the Billboard 200 chart and this was also the first time that he received a platinum certificate from RIAA.

In 2007, he appeared in the movie ‘American Gangster’ and the same year he released his 5th studio album titled ‘T.I vs TIP’.

When he dropped his 7th album it debuted on the 4th spot on the Billboard 200. T.I’s next two ventures ‘Urban Legend’ and ‘Trouble Man: Heavy In the Head’ received critical acclaim.

Here are the best highlights of T.I’s career:

“My fist so rocky and wrist so icy, Might be, thrown off my rocker just slightly, Feisty, claimin’ hot temper don’t ignite me, I’m only gonna ask ya find the exit once politely” – T.I.

“You can’t go through the kinds of things I’ve gone through, as much as I have, without re-evaluating yourself and making adjustments. And you can’t endure these horrendous circumstances without developing a certain level of strength and wisdom.” – T.I.

Now that you know all about T.I’s net worth, and how he achieved success; let’s take a look at some of his best lessons that we can learn from him:

The greatest thing you can ever sell is an idea or talent that’s why everyone has something to sell.

Nobody is gonna love you like you. You’re gonna be your best salesman.

T.I. is a well-established rapper and record producer who signed his debut record deal in 1999. His music has been on the Billboard charts several times and his collaboration with other rappers has helped him to achieve a cool status among his fans.

What do you think about T.I’s net worth? Leave a comment below.