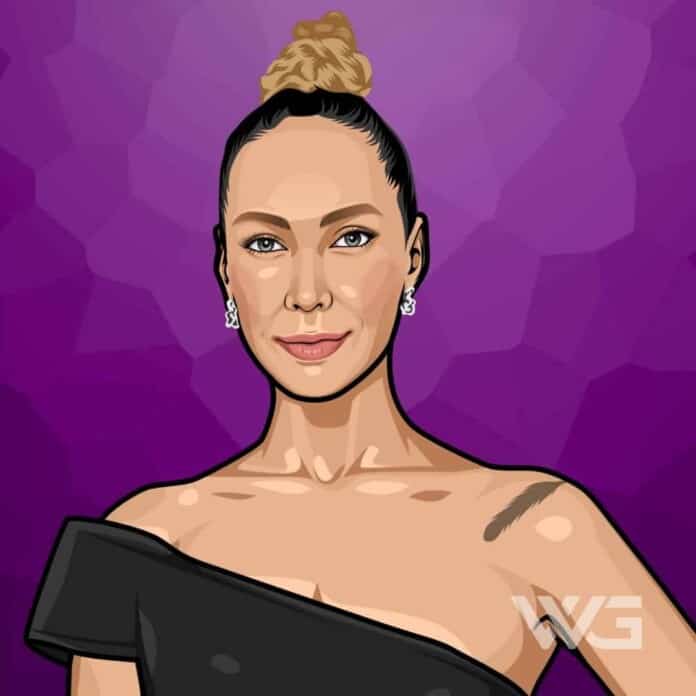 What is Leona Lewis’ net worth?

Leona Lewis is a British singer and actress.

Lewis was born and raised in Islington. She rose to fame when she won the third series of ‘The X Factor’ in 2006. She won a £1 million recording contract with Syco Music. Her winner’s single ‘A Moment Like This’ peaked at number one for four weeks on the UK Singles Chart. In 2007, she signed a five-album contract in the United States.

Leona Louise Lewis was born on the 3rd of April, 1985, in Islington, England. Lewis is the daughter of a father of Guyanese descent and a Welsh mother, Irish and Italian ancestry.

Lewis has an older half-brother and a younger brother. She gained her passion for singing when she enrolled at the Sylvia Young Theatre School. She then went to attend the BRIT School for Performing Arts and Technology.

Her first single, ‘A Moment Like This,’ was released and peaked at the first spot both in the United Kingdom and Ireland. She achieved even greater success with her next single, ‘Bleeding Love.’ The track reached the first spot in 34 countries. In 2008, she earned three nominations at the 51st Grammy Awards.

In 2008, Lewis released her first studio album ‘Spirit.’ It followed by her second one, titled ‘Echo.’ In 2010, she had her debut tour, ‘The Labyrinth.’ The expansive vocal range of this incredible singer could be heard most recently on her third album,’ Collide,’ which became her seventh top-five hit in the UK.

To date, she has had nine top tracks in the UK. She has been nominated for seven Brit Awards and three Grammy Awards. She has sold more than 30 million records worldwide.

Lewis has been compared to her idol Whitney Houston. She is the best-selling ‘The X Factor’ artist in the UK. In 2014, she made her acting debut in the film ‘Walking on Sunshine.’ In 2016, she starred in ‘Cats.

How Does Leona Lewis Spend Her Money?

In 2013, Lewis purchased a home in Glendale, California, for $2.25 million. She then sold it and bought a home in Hidden Hills for $3.7 million. Again it was an equestrian property. In 2021, she bought $2.6 million for a home in Studio City, California.

Lewis loves to give back to the community by supporting different charities.

Here are some of the best highlights of Leona Lewis’ career:

“I can’t remember who told me, but I was advised early on not to Google myself or read things about myself… I don’t read a lot but get the gist of what’s been said from friends and family. It’s good to avoid it if you want to be a normal person.” – Leona Lewis

“I think when people see that you are shy, or even just calm, collected, and reserved, they think you can be pushed around, made to do everything they want – but that’s definitely not true of me. The people closest to me know that’s not the case. They know I’m not a pushover.” – Leona Lewis

“When I was really little I would sit in the back of my dad’s car when he’d be playing old-school music. He’d turn down the music and turn around, and I’d be singing and know all of the words, but I didn’t even know how to talk. From then on, I’ve always wanted to be a singer.” – Leona Lewis

“Music TV in the U.K. is disappearing. ‘Top Of The Pops,’ ‘CD:UK’ and shows like that have gone, and it’s bringing down the music industry. We should do as much as we can to keep our music TV and producers need to be more willing to accommodate live music.” – Leona Lewis

“I usually dream of melodies. When I wake up, I have them in my head. I usually come up with things in the middle of the night because that’s when my mind is the quietest. I always have my tape recorder, pen and pad by my bed just in case.” – Leona Lewis

“My friends are the ones I’ve had since primary school. They’re really cool and such a good bunch of people. They came to every one of my gigs before all of this happened, you know; they were there in the smoky pubs, wherever.” – Leona Lewis

Now that you know all about Leona Lewis’ net worth and how she achieved success; let’s take a look at some of the lessons we can learn from her:

It takes bravery to end a relationship.

People will always show their true selves in the end.

Obviously, a long-distance relationship is hard. But, like anything worth having, you make it work.

How much is Leona Lewis worth?

Leona Lewis’ net worth is estimated to be $10 Million.

How old is Leona Lewis?

How tall is Leona Lewis?

Leona Lewis is a British singer and songwriter who rose to fame as the winner of the third season of ‘The X Factor.’

She was born in Islington. After appearing on ‘The X Factor,’ she turned into a multi-platinum selling artist and three-time Grammy nominee.

What do you think about Leona Lewis’ net worth? Leave a comment below.