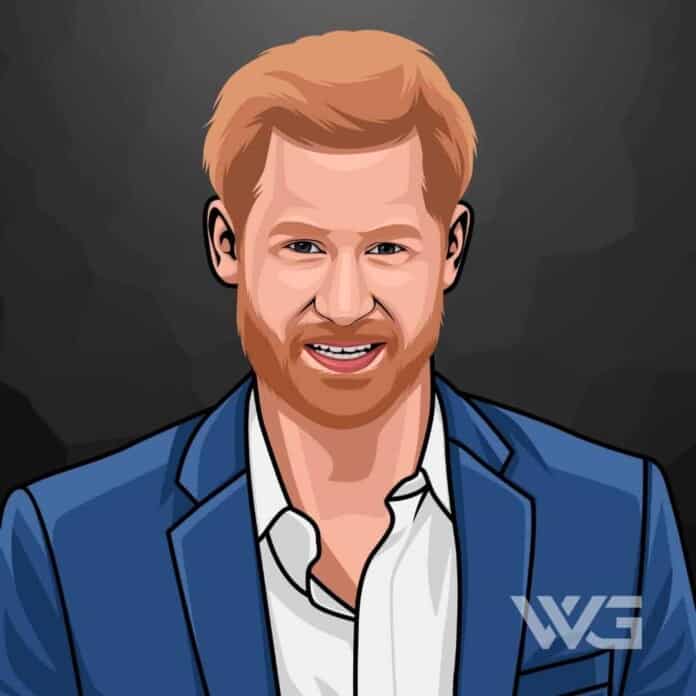 What is Prince Harry’s net worth?

Prince Harry (Duke of Sussex) is a member of the British royal family. He was born in London, and he is the younger son of Prince Charles of Wales. During his years in school, he applied for the Royal Military Academy Sandhurst where he was serving with his brother Prince William.

Prince Harry was born on the 15th of September 1984, in London, England. He is the second child of Charles, Prince of Wales and Diana, Princess of Wales. Harry began to accompany his parents on official visits at an early age.

Prince Harry’s parents divorced in 1996, and his mother Diana later tragically died in a car crash in Paris the following year. Harry was educated at independent schools, and in 2005 he applied for the Royal Military Academy Sandhurst.

In 2005 Prince Harry got enrolled at the Royal Military Academy Sandhurst to undergo officer practice and training. After his training, he was commissioned in the Blues and Royals as a Cornet.

Prince Harry was secretly deployed as a Forward Air Controller for 77 days during 2007 and 2008 in Afghanistan. The British and Canadian forces were taking part in the war in Afghanistan led by Nato.

Prince Harry became a Lieutenant in 2008 where he received an Operational Service Medal for his military work in Afghanistan. He resolved to be an Apache helicopter pilot, so he began his training to become one.

He was sent in with the Army Air Corps on a tour on duty as a co-pilot for an Apache helicopter. In 2013 the Ministry of Defence announced that Prince Harry was qualified as an Apache aircraft commander.

Prince Harry became Knight Commander of the Royal Victorian Order in 2015 and during the following year, he ended his official duties with the Armed Forces.

In 2020, Prince Harry removed himself from his royal family duties, and the couple moved to the United States. It’s clear how much of an influence Markle is having on his life.

Here are some of the best highlights of Prince Harry’s career:

“Anyone who says they don’t enjoy the Army is mad – you can spend a week hating it and the next week it could be the best thing in the world and the best job you could ever, ever wish for. It has got so much to offer.” – Prince Harry

“We will do everything we can to make sure she’s never forgotten and carry on all of the special gifts and such that she had and that she portrayed when she was alive. I hope that a lot of my mother’s talents are shown in the work that I do.” – Prince Harry

“To be honest dinner conversations was the worst bit about being a child and listening to the boring people around me.” – Prince Harry

“Once you’re in the military, she means a lot more to you than just a grandmother. She is the queen. And then you suddenly, it’s like start realizing, you know, wow, this is quite a big deal. And then you get goose bumps and then the rest of it.” – Prince Harry

How much is Prince Harry worth?

Prince Harry’s net worth is estimated to be $60 Million.

How old is Prince Harry?

How tall is Prince Harry?

As of February 2023, Prince Harry’s net worth is estimated to be $60 Million, and there’s no doubt that this amount will increase in his future.

What do you think about Prince Harry’s net worth? Leave a comment below.