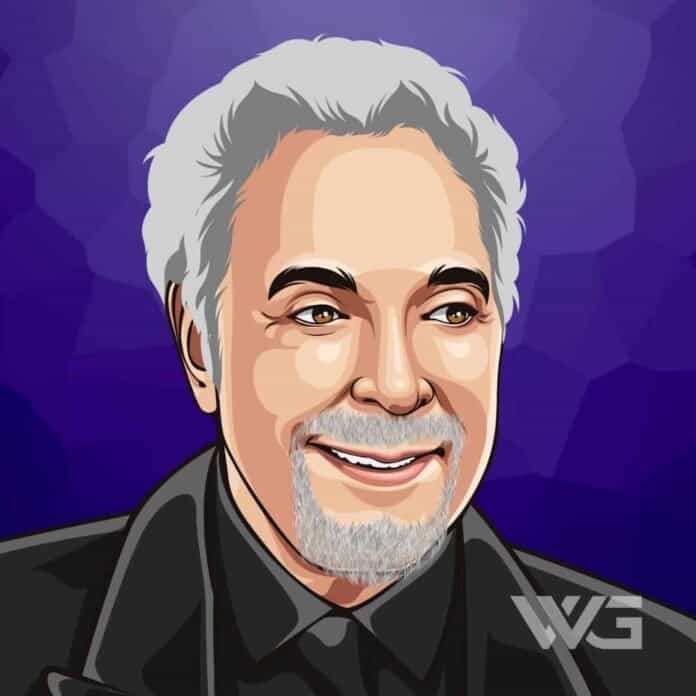 What is Tom Jones’ net worth?

His career has spanned six decades, from his emergence as a vocalist in the mid-1960s with a string of top hits, regular touring, appearances in Las Vegas, and career comebacks to coaching on The Voice UK from 2012.

Thomas John Woodward was born on the 7th of June, 1940, in Kingsland Terrace, South Wales. Woodward is the son to Thomas Woodward and Freda Jones.

Jones career began in 1963 when he joined the band Tommy Scott and the Senators. In 1964, Gordon Mills, a London-based successful music industry manager recognized his talents, which proved to be life changing for Jones.

Gordon Mills brought the young singer to London and changed his name to Tom Jones and got him to sign a contract with Decca Records. His first single ‘Chills and Fever’ was released in 1964.

After traveling all around the world through the 70s and released a number of hit singles such as “She’s a Lady”, “Till”, and “The Young New Mexican Puppeteer”.

In 2000, he was invited by President Bill Clinton on New Year’s Eve to perform in Washington D.C. after a couple of years he released his next album, ‘Mr. Jones’ which enjoyed a fair amount of success.

In 2012, he was invited to judge the immensely popular reality singing competition, ‘The Voice UK’ along with other judges including, Jessie J, Will.I.Am and Danny O’Do.

Here are some of the best highlights of Tom Jones’ career:

“Time is my enemy. Time will catch up with me vocally. And I dread that. I dread to think about life without singing.” – Tom Jones

“When I started recording, I thought I’d be able to do all kinds of records: jazz, country, dance – and I’ve always wanted to do a gospel album.” – Tom Jones

“I don’t think you can sing about certain things when you’re a teenager or in your early 20s, because you haven’t lived long enough. So I think living gives you character and that comes out in your voice.” – Tom Jones

“I think it’s good that I had some experience of the real world before I became successful. You know, having to get up in the morning and going to work in construction.” – Tom Jones

“I think the first time I ever wore a tuxedo was when I played at the Talk Of The Town in 1967 because it was a nightclub and that was the thing to do.” – Tom Jones

Now that you know all about Tom Jones’ net worth, and how he achieved success; let’s take a look at some of the best lessons we can learn from him:

Similar to the above. Taste is personal. Everyone is different. Keep your clients happy, and worry less about the general reaction to your work.

2. Stop Worrying About Being Perfect

In reality, nothing is. Things get close, but there is always something you would change. Or something you would do differently if you had the chance. There will always be something that did not go quite to plan, and the sooner you come to terms with that, the more you will relax and enjoy your work.

Everybody does, although no one admits it. It’s nothing to be embarrassed or ashamed about if you make a mistake.

How much is Tom Jones worth?

Tom Jones’ net worth is estimated to be $300 Million.

How old is Tom Jones?

How tall is Tom Jones?

Tom Jones is one of the most well-known singers of today’s generation.

Jones is a musical genius and he has sung and excelled in several genres of music which include pop, rock, R&B, show tunes, country, dance, soul, and gospel. Many of his albums and songs have been immensely successful and have sold millions of copies.

What do you think about Tom Jones’ net worth? Leave a comment below.