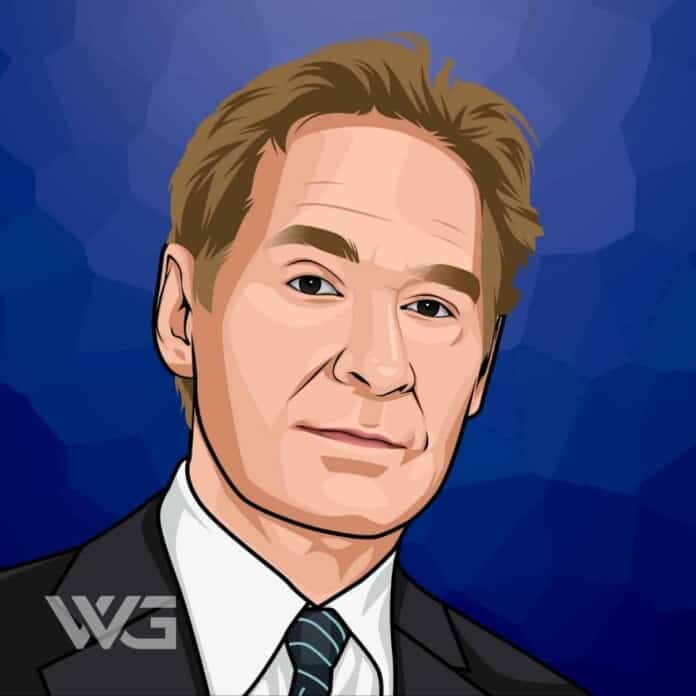 What is Kevin Kline’s net worth?

As of December 2022, Kevin Kline’s net worth is estimated to be roughly $35 Million.

Kevin Kline is an American film and stage actor, comedian, singer, and voice artist from Missouri. He has won an Oscar and three Tony Awards and is a 2003 American Theatre Hall of Fame inductee.

Kevin Delaney Kline was born on the 24th of October, 1947, in n St. Louis, Missouri. Kline is the son of Margaret Agnes Kirk and Robert Joseph Kline.

His father was a classical music lover and an amateur opera singer who owned and operated The Record Bar, a record store in St. Louis that opened in the early 1940s.

In 1970, Kline was awarded a scholarship to the newly formed Drama Division at the Juilliard School in New York. In 1972, he joined with fellow Juilliard graduates, including Patti LuPone and David Ogden Stiers, and formed the City Center Acting Company.

Kline left The Acting Company and settled in New York City in 1976, doing a brief appearance as the character “Woody Reed” in the now-defunct soap opera Search for Tomorrow.

In the ensuing years, Kline appeared many times in the New York Shakespeare Festival productions of Shakespeare plays, including starring roles in ‘Richard III’, ‘Much Ado About Nothing’, ‘Henry V’, and two productions of ‘Hamlet’.

During the 1980s and early 1990s, Kline made several films with director Lawrence Kasdan, including ‘The Big Chill’, ‘Silverado’, ‘Grand Canyon’, ‘I Love You to Death’, and ‘French Kiss’.

In December 2004, Kline became the 2,272nd recipient of a star on the Hollywood Walk of Fame, for his contributions to the motion picture industry, located at 7000 Hollywood Boulevard.

Here are some of the best highlights of Kevin Kline’s career:

“I think every American actor wants to be a movie star. But I never wanted to do stupid movies, I wanted to do films. I vowed I would never do a commercial, nor would I do a soap opera – both of which I did as soon as I left the Acting Company and was starving.” – Kevin Kline

“We’re all animals, but we’re a different sort of animal. Maybe they’re better than us. They’re more loyal. Well, there are some neurotic dogs.” – Kevin Kline

“I see a steady downward slope toward oblivion over the next three years. I’m pessimistic. Everything that’s happened to me so far has been kind of flukey. I went into the Twentieth Century because I wanted to work for Hal Prince. The part was too small according to my agent. I had been doing only leading parts, and he thought I should continue that. But the part was enlarged in rehearsal: songs were added, and it became more physicalized and showy. Then I won awards and got attention.” – Kevin Kline

“The technique’s many benefits for actors include minimized tension, centeredness, vocal relaxation, and responsiveness, mind/body connection and about an inch and a half of additional height.” – Kevin Kline

Now that you know all about Kevin Kline’s net worth, and how he achieved success; let’s take a look at some of the best lessons we can learn from him:

1. We Have To Save Ourselves

No one saves us but ourselves. No one can and no one may. We ourselves must walk the path.

The best way out is always through.

We gain strength and courage, and confidence by each experience in which we really stop to look fear in the face… we must do that which we think we cannot.

How much is Kevin Kline worth?

Kevin Kline’s net worth is estimated to be $35 Million.

How old is Kevin Kline?

How tall is Kevin Kline?

Kevin Kline is an American actor, comedian and voice artist who is probably most famous for appearing in movies such as “Dave“, “In & Out”, “A Fish Called Wanda” and “Wild Wild West”.

What do you think about Kevin Kline’s net worth? Leave a comment below.