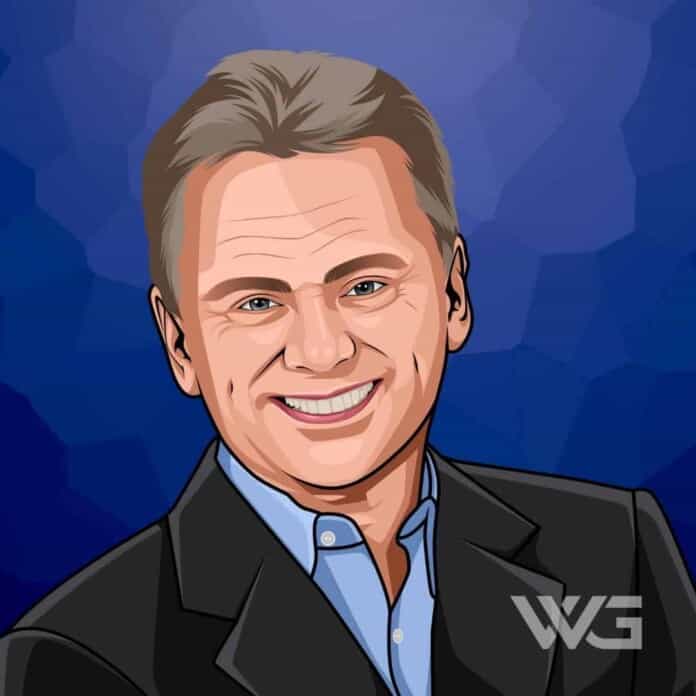 What is Pat Sajak’s net worth?

Patrick Leonard Sajdak was born on the 26th of October, 1946, in Chicago. His parents, Leonard Anthony Sajak, and Joyce Helen worked in a factory to make both ends meet.

The poor financial condition of the family affected Pat; he was determined to do something big with his life. besides financial issues, he also had to undergo the pain of the separation of his parents.

During the early 70s, Pat worked as a DJ and when his popularity started increasing, he was offered a voiceover job at NBC’s ‘Today’s Show,’ which quickly turned into anchoring. ‘KNBC-TV’ was looking for a weatherman in the late 70s and when they came across Pat.

In 1981, the channel was looking for a host for their game show ‘Wheel of Fortune’ and the management asked Pat to host the show.

He started hosting the show in 1983, and for the next six years, he hosted both the daytime and the evening versions of the game.

Not much later, he started hosting a few other programs, which included a late-night talk show for ‘CBS,’ which was on air for a short time and ‘Larry King Live’ for some time. Besides these, he also hosted a few more shows, such as ‘Dream House’ and ‘Just Men.’

In 2007, Pat came out with his own puzzle game ‘Lucky Letters,’ which was just one among many similar games that Pat has designed over the years.

Here are some of the best highlights of Pat Sajak’s career:

“The most important political task facing the out-of-power party – the Democrats for now – is creating a villain to run against. It’s certainly easier than developing some grand new ideas or policies on which to campaign.” – Pat Sajak

“I wouldn’t be surprised to learn that Clinton cost John Kerry more votes than he gained for him whenever they appeared together. Imagine being part of a crowd enraptured by the presence of Bill Clinton, and then having to listen to a speech by John Kerry!” – Pat Sajak

“If I went in to pitch this show to a network, I would be laughed out of the room. Pat Sajak Room Show Out Pitch Sometimes you just stumble into something that works, and here I am a quarter of a century later.” – Pat Sajak

“There is a certain comfort in waking up and finding that Michael Jackson is still the Big Story. At least it tells you that nothing horrible has happened in the world that would force them to move on to real news.” – Pat Sajak

“That’s the trouble with trying to influence an undecided voter. First, you have to find one.” – Pat Sajak

Now that you know all about Pat Sajak’s net worth, and how he achieved success; let’s take a look at some of the strongest lessons we can learn from him:

We think we have the answers, know what’s right and wrong, good and bad, best for ourselves and other people. But we aren’t always right. There’s always more than one version. There are many perspectives that are valid. Keep yourself open to that truth.

Whatever is causing you worry or pain right now won’t cause you worry and pain forever. Time heals. Things change. It will pass.

A meaningful life is what you define it to be. If you neglect to define meaning, you won’t experience it.

How much is Pat Sajak worth?

Pat Sajak’s net worth is estimated to be $70 Million.

How old is Pat Sajak?

How tall is Pat Sajak?

Pat Sajak is an American TV personality, best known as the host of the popular game show ‘Wheels of Fortune.’

‘Wheels of Fortune’ remains one of the most well-known game shows, and the world knows Pat Sajak as a highly-skilled television personality.

As of February 2023, Pat Sajak’s net worth is estimated to be roughly $70 Million.

What do you think about Pat Sajak’s net worth? Leave a comment below.