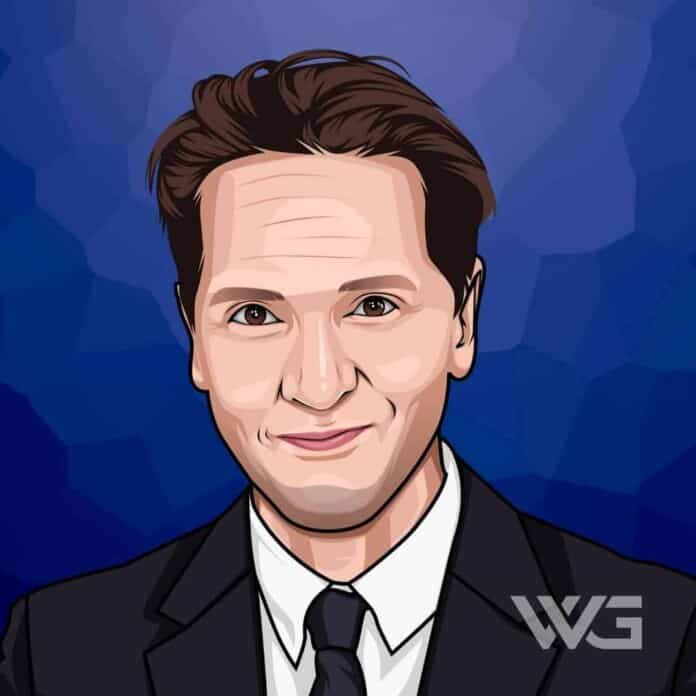 What is Matt Ross’ net worth?

Matt Ross is an American actor, director, and screenwriter from Connecticut.

Ross wrote and directed the feature film ‘Captain Fantastic’, starring Viggo Mortensen, for which he won Un Certain Regard at the 2016 Cannes Film Festival.

Matt Brandon Ross was born on the 3rd of January, 1970, in Greenwich, Connecticut. His parents parted ways when he was a child. His mother subsequently began residing with a community of artists.

He spent a significant part of his life in Ashland, Oregon. While he was growing up, he lived in England and Africa.

In 1994, Ross made his first on-screen appearance in Hart Bochner’s directorial venture ‘PCU’. In the following year, he was cast alongside Bruce Willis, Madeleine Stowe, and Brad Pitt in Terry Gilliam’s sci-fi mystery thriller film ‘12 Monkeys’.

Ross had a minor role in the 1997 sci-fi action film ‘Face/Off’. In the same year, he guest-starred as Officer Anthony Nowakowski in an episode of the HBO series ‘Oz’.

From 2011 to 2015, Ross essayed the role of Dr. Charles Montgomery in the FX anthology series ‘American Horror Story’. Dr. Montgomery is the infamous “surgeon to the stars” who set up Murder House and was its first owner.

In 2018, Ross directed an episode of ‘Silicon Valley’. He is slated to direct the upcoming sci-fi mystery film ‘Tomorrow and Tomorrow’.

Here are some of the best highlights of Matt Ross’ career:

“When I’m directing, I really try not to be tied to anything. I don’t even have the sides in my hands. I have other things – ideas that I want to make sure I don’t forget or that I want to accomplish. The endeavor isn’t about propping up the screenplay; but about the communal effort of exploration from a lot of different departments – the actors, the DP, the costume designer – all these people and myself.” – Matt Ross

“Film is a pretty poor medium to deliver a message. I’m not trying to do that. I’m just trying to ask a lot of questions and hopefully, you can draw your own conclusions about whatever meaning might be there or what point there is; but I was conscious of wanting to create something that for a lack of a better word had a positivity and earned that.” – Matt Ross

“I think one of the most difficult things about the lifestyle is that when it’s winter, and there is no running water, you still have to go outside to use the bathroom. You know, we all live very comfortably, no matter what socio-economic level we’re at – if you have electricity and running water, you live better than the kings of the 16th century.” – Matt Ross

“I think being a good parent means that every day is a different challenge. It’s about mindfulness and trying to be present. I think life goes really quickly and it’s very easy to be tuned out, and not be present. That is what I’ve learned in my parenting experience, and I continue to be mindful of it.” – Matt Ross

“I think that we are all the heroes of our own story, and I think life comes in all shades of gray. Personally, I love movies that exist like this, where you think someone can behave both heroically and like a villain.” – Matt Ross

Now that you know all about Matt Ross’ net worth, and how he achieved success; let’s take a look at some of the strongest lessons we can learn from him:

All that really belongs to us is time.

No use thinking of the past for it’s gone, don’t think of the future because it has to come, think of the present because that’s where you are.

Yesterday’s the past, tomorrow’s the future, but today is a gift. That’s why it’s called the present.

How much is Matt Ross worth?

Matt Ross’ net worth is estimated to be $6 Million.

How old is Matt Ross?

How tall is Matt Ross?

Matt Ross is an American actor, scriptwriter, and filmmaker.

What do you think about Matt Ross’ net worth? Leave a comment below.