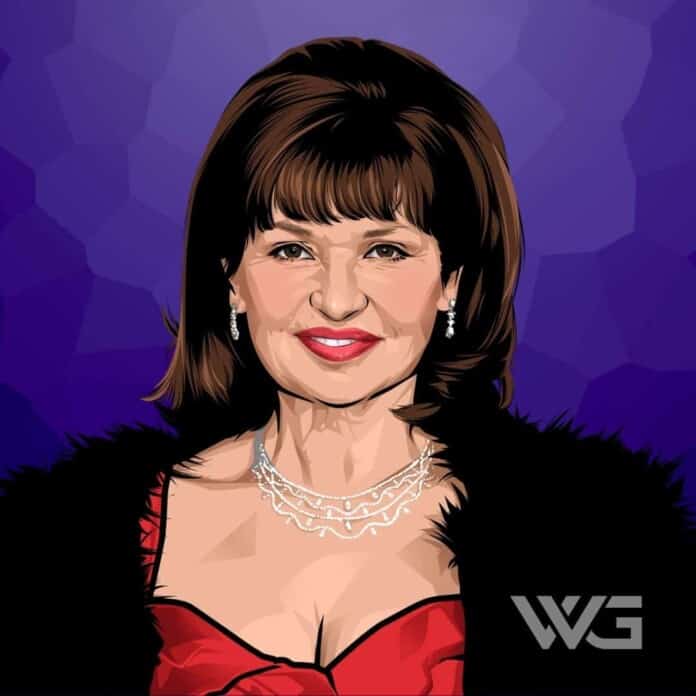 What is Stephanie Beacham’s net worth?

Stephanie Beacham is an English radio, film, and theatre actress.

Beacham is best known for her television roles in the BBC drama ‘Tenko,’ ‘Connie’ and ‘The Colbys’. Her film appearances include ‘Dracula A.D. 1972’, ‘Schizo’ and ‘Troop Beverly Hills’.

She started to appear on British television in 1967. She made her big-screen debut in ‘The Games’ in 1970.

Stephanie Beacham was born on the 28th of February, 1947, in London, England.

Beacham is the daughter of Joan and Alic. Her mother was a housewife, and his father was an insurance executive and the managing director of the Grosvenor Estate.

Beacham’s goal was to teach dance movements to deaf children. She then started a career in modeling and then began acting in television. In 1967, she received her first screen role in the BBC series ‘The Queen’s Traitor’.

She continued to appear on multiple films, television, and stage. From 1981 to 1982, Beacham featured as a member of the ensemble cast of the BBC series ‘Tenko,’ about a group of women prisoners of war held captive by the Japanese after their invasion of Singapore in 1942.

In 2003, she returned to the UK to play the drama ‘Bad Girls’. She remained with the series to the end in 2006. She was involved in launching the Sense-National Deafblind and Rubella Association Fill in the Gaps campaign.

In 2016, Beacham was a guest on BBC Radio 2’s Graham Norton Show. She discussed her role as Princess Margaret. The play, A Princess Undone by Richard Stirling, premiered at the Cambridge Arts Theatre.

As of this year, agent and novelist Melanie Blake announced plans to plans to launch a new British soap opera, ‘Falcon Bay.’ She confirmed that Beacham would star in the soap.

Here are some of the best highlights of Stephanie Beacham’s career:

“When I look in the mirror, I sometimes think I’m getting old, but then I have two generations behind me so that helps puts things into perspective. I am a grandmother now, but at least my nine-year-old grandson Jude calls me Glamma and not Granny.” – Stephanie Beacham

“One of the reasons I wanted to teach deaf children was because it made me very sad that they spoke so clumsily and that they moved with less grace that I knew was possible of deaf people.” – Stephanie Beacham

“When I was young I used to smother myself with olive oil mixed with a dash of vinegar to keep the flies away and lay in the sunshine for hours on end. But we knew no better then. Now we know how stupid that was.” – Stephanie Beacham

“I have to concentrate more intently when people speak. Always have to position myself on their right side so that I can hear out of my left ear. I sometimes get a crick in my neck from listening. But I don’t there’s too much else.” – Stephanie Beacham

“When I got into the Royal Academy of Dramatic Art, a doctor told me to give up the course as I’d be totally deaf within a couple of years. But I refused to give in.” – Stephanie Beacham

“When I was young, I used to smother myself with olive oil mixed with a dash of vinegar to keep the flies away and lay in the sunshine for hours on end. But we knew no better then. Now we know how stupid that was.” – Stephanie Beacham

Now that you know all about Stephanie Beacham’s net worth and how she achieved success; let’s take a look at some of the lessons we can learn from her:

Life changes very quickly, in a very positive way, if you let it.

Keep your face always toward the sunshine and shadows will fall behind you.

Motivation comes from working on things we care about.

How much is Stephanie Beacham worth?

Stephanie Beacham’s net worth is estimated to be $25 Million.

How old is Stephanie Beacham?

How tall is Stephanie Beacham?

Stephanie Beacham is an English actress. Beacham studied mime with Etienne Decroux in Paris, France, and attended the Royal Academy of Dramatic Art in London.

In 1967, her first screen role came in the BBC series ‘The Queen’s Traitor.’ She made appearances in The Saint,’ ‘Callan,’ and ‘UFO.’

What do you think about Stephanie Beacham’s net worth? Leave a comment below.