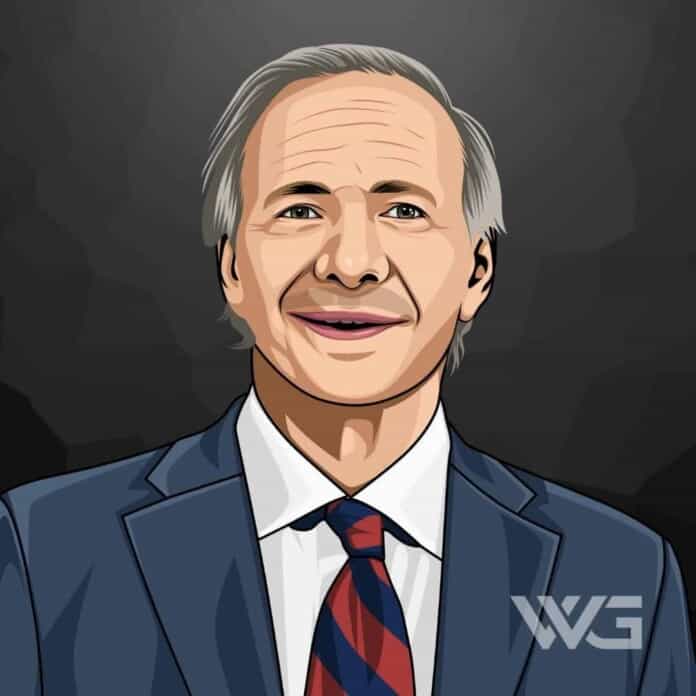 What is Ray Dalio’s net worth?

Ray Dalio is an American hedge fund manager and philanthropist who has served as co-chief investment officer of Bridgewater Associates since 1985. He founded Bridgewater in 1975 in New York.

As of December 2022, Ray Dalio’s net worth is estimated to be roughly $16 Billion.

Raymond Thomas Dalio was born on the 8th of August, 1949, in New York City. He is the son of a jazz musician, Marino Dallolio and Ann, a homemaker.

Dalio began investing at age 12 when he bought shares of Northeast Airlines for $300 and tripled his investment after the airline merged with another company.

After completing his education, Dalio worked on the floor of the New York Stock Exchange and traded commodity futures. He later worked as the Director of Commodities at Dominick & Dominick LLC.

In 1975, he founded investment management firm Bridgewater Associates out of his apartment. The firm opened an office in Westport, Connecticut in 1981 and became the world’s largest hedge fund in 2005.

Bridgewater suggested there might be a global financial crisis in 2007, and in 2008 Dalio published ‘How the Economic Machine Works: A Template for Understanding What is Happening Now’,  an essay assessing the potential of various economies by various criteria.

In 2011, he self-published a 123-page volume, ‘Principles’, that outlines his philosophy of investment and corporate management based on a lifetime of observation, analysis, and practical application through his hedge fund.

The following year, Dalio appeared on the annual “Time 100 list of the 100 most influential people in the world”. In 2011 and 2012 Bloomberg Markets listed him as one of the 50 Most Influential people.

Here are some of the best highlights of Ray Dalio’s career:

“Time is like a river that carries us forward into encounters with reality that require us to make decisions. We can’t stop our movement down this river and we can’t avoid those encounters. We can only approach them in the best possible way.” – Ray Dalio

“Every time you confront something painful, you are at a potentially important juncture in your life – you have the opportunity to choose healthy and painful truth or unhealthy but comfortable delusion.” – Ray Dalio

“Remember that most people are happiest when they are improving and doing the things that suit them naturally and help them advance. So learning about your people’s weaknesses is just as valuable (for them and you) as is learning their strengths.” – Ray Dalio

“Some people go through life collecting all kinds of observations and opinions like pocket lint, instead of just keeping what they need. They have ‘detail anxiety’, worrying about unimportant things.” – Ray Dalio

“Don’t mistake possibilities for probabilities. Anything is possible. It’s the probabilities that matter. Everything must be weighed in terms of its likelihood and prioritization. Believe it or not, your pain will fade and you will have many other opportunities ahead of you.” – Ray Dalio

Now that you know all about Ray Dalio’s net worth, and how he achieved success; let’s take a look at some of the lessons we can learn from him:

One of the unique resources at Bridgewater Associates is a bottom-up model of the American economy. It is the main reason why the hedge fund keeps performing at an excellent rate. From this, we can learn that you should use your effort to excel much more than your competition.

Your portfolio should thrive in different environments in the stock market. You are never sure that you will win. Therefore, have a portfolio that will weather any financial storm.

3. Invest In What You Know And Understand

No matter which type of appetite you have, Ray says that risk grows from not knowing what you are getting involved in. If you make trades in a sector of the industry that you know little to nothing about, that is highly risky. Thus, invest in things that you know and you will be successful.

How much is Ray Dalio worth?

Ray Dalio’s net worth is estimated to be $16 Billion.

How old is Ray Dalio?

How tall is Ray Dalio?

Ray Dalio is an American businessman who is best known for his investment company, Bridgewater Associates.

In 2012 the company became the largest hedge fund in the world and is now worth over $150 billion in assets under management.

As of December 2022, Ray Dalio’s net worth is approximately $16 Billion.

What do you think about Ray Dalio’s net worth? Leave a comment below.