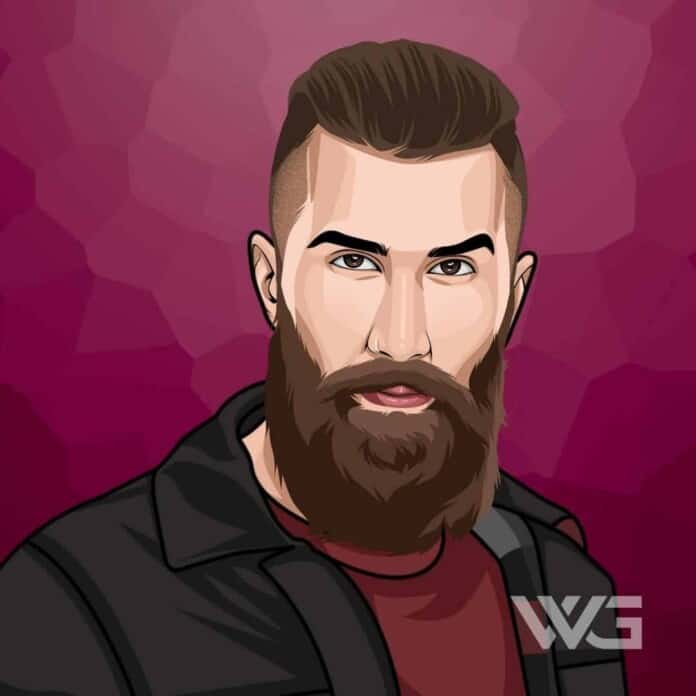 As of December 2022, Paul Abrahamian’s net worth is roughly $1 Million.

Abrahamian is best known for his appearances in the United States reality television show ‘Big Brother’ and related spin-offs.

Paul Raffi Abrahamian was born on the 13th of June, 1993, in Tarzana, Los Angeles.

He is of Armenian and Russian descent. Abrahamian attended Pepperdine University and received a degree in philosophy.

From 2016 to 2018, Abrahamian appeared in five consecutive seasons of ‘Big Brother’, three times in the parent series and three times in spin-offs. He holds the record for the most time in the house at 191 days as a contestant and 194 days including the spin‑offs.

He also won ‘Head of Household’ three times during the season, including the final HoH when he chose to take Nicole Franzel to the finale. After 99 days and losing in the final jury vote of 5–4, Abrahamian was crowned the season’s runner-up and received a total of US$50,000.

Abrahamian was unanimously elected by his fellow HouseGuests to face Cody in the season’s ‘Battle Back’. During the season he won the title of Head of Household three times and was awarded the Power of Veto five times.

Here are some of the best highlights of Paul Abrahamian’s career:

“I don’t know, dude. The jury was pissed. I don’t know what they expected me to do other than swindle my way to the top. I don’t know why they couldn’t see the strategy, and I thought Josh was the perfect person to be up against because there wasn’t much strategy to his gameplay.” – Paul Abrahamian

“Thanks for revealing that to me now. I love Josh and Christmas to the moon and back, but we’re all different people and live different lives. You all know me, I’m the showmance killer. I don’t get into showmances.” – Paul Abrahamian

“Absolutely not. A big part of Big Brother is mental warfare. If you can’t handle the heat, stay out of the kitchen. All of these people who are claiming I was bullying were right on that train, and I was voicing what all of them were saying. Everyone tossed the word “bullying” around, but nothing that I said or dictated was ever non-game-related. I never said, “Go tell this person they’re ugly.” – Paul Abrahamian

“It wasn’t encouraging them to quit. The only person I could say doing that to is Cody. He was trying to get into physical altercations with everybody and constantly said he didn’t want to be here. If you don’t want to be here, then why are you here? He clearly couldn’t handle the shit-talking, so why not toss more his way?” – Paul Abrahamian

Now that you know all about Paul Abrahamian’s net worth, and how he achieved success; let’s take a look at some of the lessons we can learn from him:

Life is a constant journey. We move from one place to another. The journey is what makes a fish different than a rock, movement different from stillness, light from darkness, life from death.

Are you aware that the people you hate, become more successful than you and without you? After, they are unable to help you, because of the hate you have for them. Your hate is standing in your way of being successful and happy.

There are two kinds of people in this world the givers and the takers. The takers will take everything they can from you. The givers will have compassion for others and help just for the sake of helping others. Which type are you?

How much is Paul Abrahamian worth?

Paul Abrahamian’s net worth is estimated to be $1 Million.

How old is Paul Abrahamian?

How tall is Paul Abrahamian?

Paul Abrahamian is a well-known TV personality from the reality show Big Brothers. Paul his also very popular because of his phenomenal beard and unique hairstyle and handsome look.

Abrahamian is also a music artist and an owner and designer of the clothing brands.

As of December 2022, Paul Abrahamian’s net worth is roughly $1 Million.

What do you think about Paul Abrahamian’s net worth? Leave a comment below.